Home Archives Contact Us Subscribe Twitter Facebook MeWe Parler Patently Mobile
The Documentary about Sexual Misconduct by a Hip Hop Mogul Scheduled for Apple TV+ has been Cancelled by Oprah Winfrey
While Apple is King for using Recyclable Materials in its products, they Acknowledge they're not a Threat to the Mining Industry 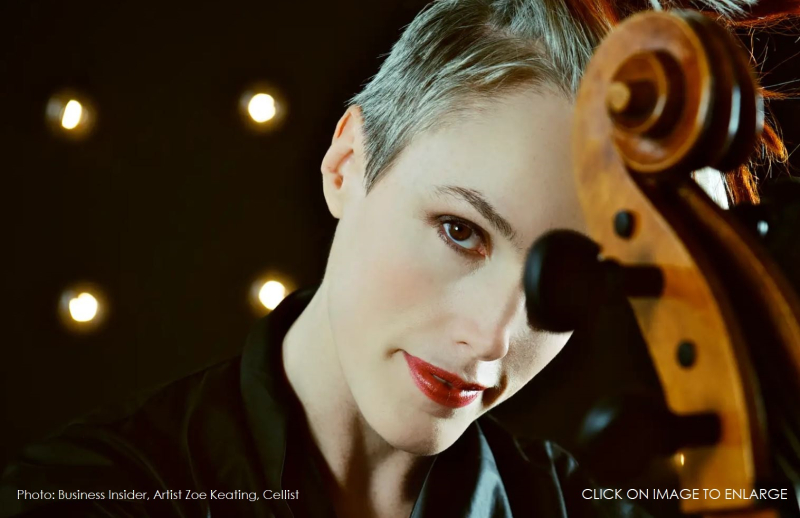 Spotify and Apple Music are the two dominant players in the music-streaming market and they might seem the same to many consumers, with similar features and pricing.

But because of the system by which artists are paid, they can vary wildly in the royalty rates they pay out.

For Zoë Keating, an independent cellist, streaming royalties from Spotify, the service she's most popular on, don't even cover her family's health insurance premium.

And although Keating earns more per month from Spotify than Apple Music (because she is streamed most often there), she earns four times more per stream from Apple Music.

From January to September last year, Keating earned $0.012 per stream from Apple Music, and about $0.003 per stream from Spotify after distributor fees. (Those rates vary.)

Keating publishes yearly breakdowns of her royalty earnings from various streaming services to encourage change in the payment system, which she doesn't believe is fair to some artists. For more details on this subject, read the Business Insider report.