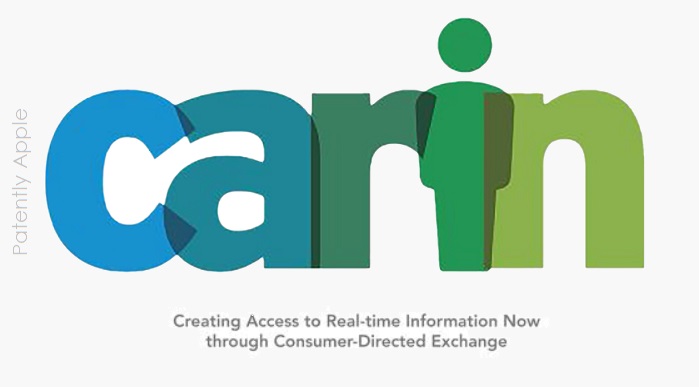 The CARIN Alliance is meeting with the Office of Management and Budget (OMB) on Monday, January 27, 2020 at 3:00 pm ET in Washington, D.C., and representatives from Apple and Microsoft will be attending via phone. Apple is an official CARIN Alliance Board Member and what transpires on Monday could affect Apple's work positively regarding their Health Record-Sharing Platform beyond their current work with the U.S. Department of Veterans Affairs.

Apple will be represented by Dr. Ricky Bloomfield who was hired in 2016 and given the title of  "Clinical & Health Informatics Lead."

Apple has been at the forefront of this initiative. In March 2018 Patently Apple posted a  reported titled " U.S. Doctors are putting Patients in Charge with Apple's Health App Records Feature." Then in early February 2019 we posted a report titled "Apple's 'Health Records' App will be the First Record-Sharing Platform of its kind available to the VA Serving over 9 Million." Our last report on this was in November 2019 titled "U.S. Veterans can now Access their Health Records on iPhones."

The CARIN Alliance meeting on Monday is with The Office of Management and Budget (OMB) which serves the President of the United States in overseeing the implementation of his vision across the Executive Branch. Specifically, OMB’s mission is to assist the President in meeting his policy, budget, management and regulatory objectives and to fulfill the agency’s statutory responsibilities. The current Director of the OMB is Mick Mulvaney who may be a part of Monday's meeting.

The CARIN Alliance states in their press release that although they  may slightly differ in the specific details regarding how the proposed rules should be implemented, they are united regarding the consumer access sections of the two proposed rules and in our belief that both proposed rules should be finalized and released immediately. It will be to the benefit of all stakeholders to finalize the rules so the industry can work on implementation while continuing to work with the public sector to improve the rules over time.

The CARIN Alliance believes the two proposed rules should be finalized and released immediately for the following reasons:

1) These rules play an important role in empowering an individual with access to their own health care data using standard and secure HL7 FHIR APIs and an application of their choice, while working on continuously increasing the privacy, security, and individual consent preferences associated with an individual’s data by implementing public and private-sector safeguards.

3) These rules help expand the use of standard and secure HL7 FHIR APIs for individuals, caregivers, providers, applications, health plans, and others, to help create a health care system that is more interoperable, value-based care driven, accessible, and person-centric. You could learn more about the CARIN Alliance here.

Should the government move to adopt the new proposals it would theoretically allow Apple to push their initial work with the VA out to the larger consumer market. It will take some time for Apple to announce any specifics. It's likely that Apple could announce their future initiatives at a future Apple event such as their WWDC conference where they could reveal new health related APIs to their developers in the health care industry.

As noted on the CARIN Alliance list below, Apple is one of their official Board Members. 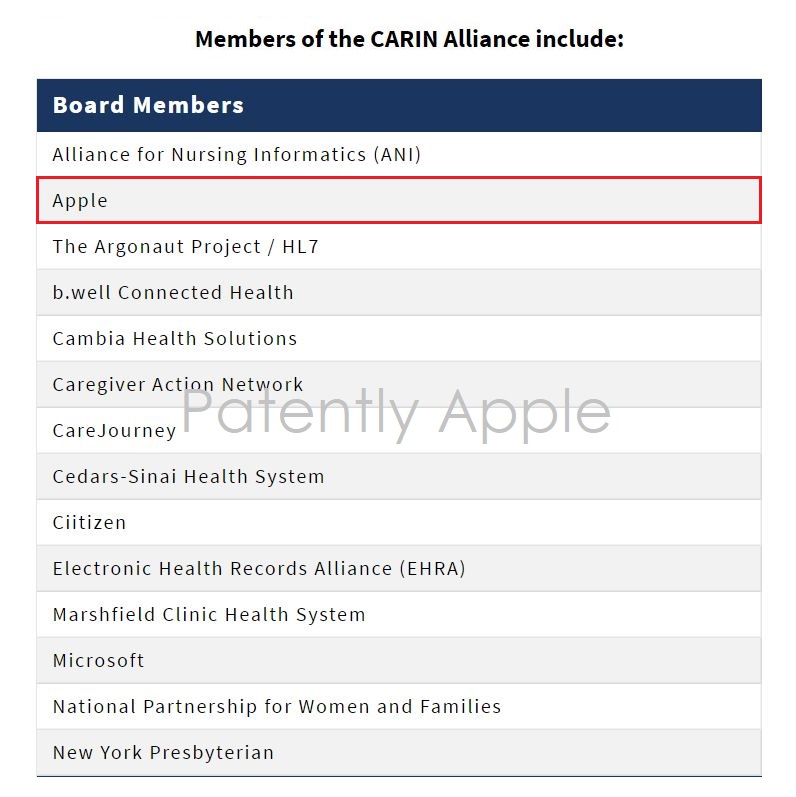 Microsoft is the other major tech company that will be in on the meeting by phone on Monday represented by Joshua Mandel who is "Chief Architect at Microsoft Healthcare." He joined Microsoft in 2018.