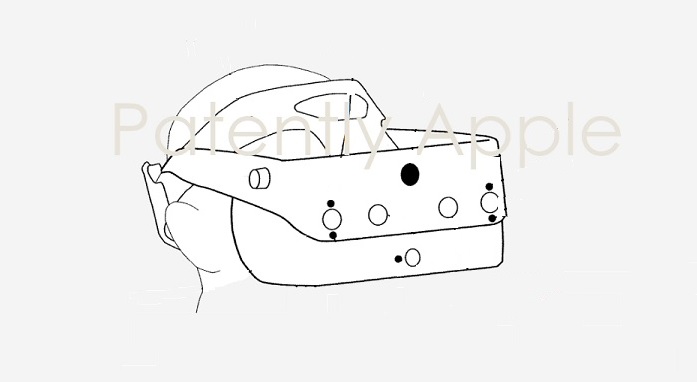 Today the US Patent & Trademark Office published a patent application from Apple that relates to a future mixed reality headset that will allow those with prescription glasses to put their unique lenses into a headset to eliminate the need to wear exterior glasses in the headset making it bulkier and less comfortable.

Some users of head-mounted devices have visual defects such as myopia, hyperopia, astigmatism, or presbyopia. It can be challenging to ensure that an optical system in a head-mounted device operates satisfactorily for these users.

If care is not taken, it may be difficult or impossible for a user with visual defects to focus properly on content that is being displayed.

Apple's invention covers a head-mounted display device that supports structures that may be configured to receive a removable supplemental lens system in alignment with the non-removable lens system.

Magnetic coupling structures or other engagement structures may be used to removably couple the supplemental lens system to the head-mounted device.

The removable supplemental lens system may be used to adjust the lens characteristics of the non-removable lens system and thereby customize the head-mounted display to accommodate the user's vision.

This information is stored in the removable supplemental lens system using bar codes or other optically readable patterns, programmable memory, or other data storage. A memory reader, gaze tracking system, or other sensor may be used in retrieving the stored information.

For example, the control circuitry may use lens positioners to adjust lens spacing and other operating parameters of the lens systems based on the user's interpupillary distance and other information on the user. 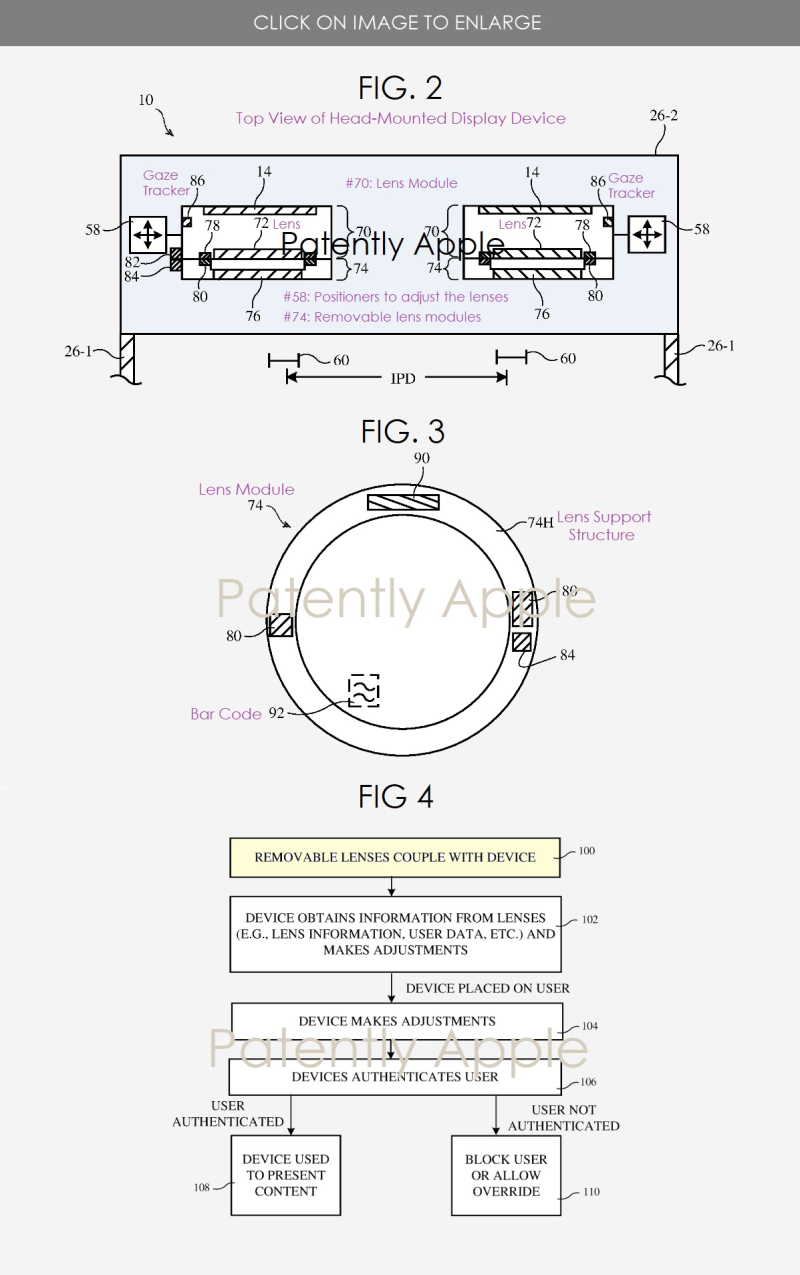 As shown in FIG. 2 above, for example, each lens module #70 may include a non-removable lens #72. Lenses #72 may be Fresnel lenses, single-element or multiple-element lenses formed from clear materials such as glass or plastic, mirror lenses, catadioptric lenses, and/or lenses of other types.

Apple has been working on such a solution for some time now. Patently Apple has covered two additional patent applications covering a solution for prescription lens in a future headset as follows:

01: Apple Files a Europe Patent for an HMD with Emphasis on Smartglasses that applies a user's Eye-Glasses Prescription

02: Apple Advances one of their Video Headset inventions that finally addresses the Prescription Lenses issue