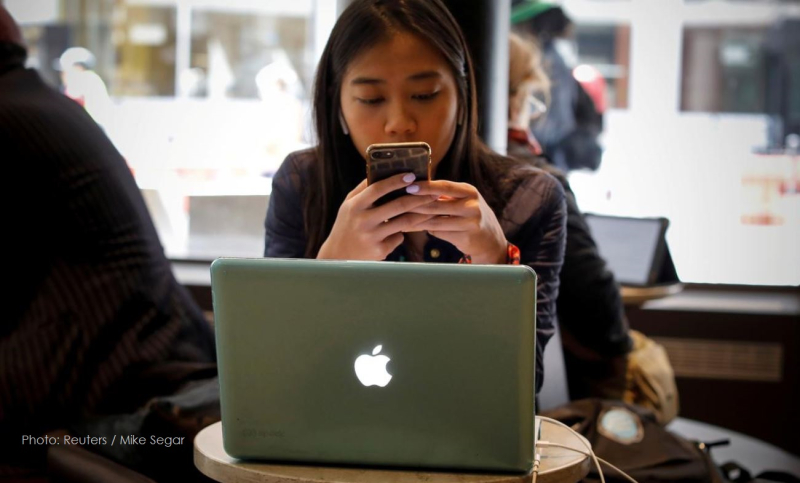 Last week Patently Apple posted a report titled "Video Conference: Barr Clarifies that 'Apple has not given any substantive assistance' in the Shooting Case in Pensacola Florida." The issue over end-to-end encryption is heating up with Attorney General William Barr, FBI Director Christoper Wray and the U.S. Senate led by Lindsey Graham giving Apple close to a year to come up with a solution that will allow Law Enforcement to gain access to smartphone data with a proper court order.

In a twist that's a real eye opener today, Reuters is reporting that "Apple Inc dropped plans to let iPhone users fully encrypt backups of their devices in the company’s iCloud service after the FBI complained that the move would harm investigations, six sources familiar with the matter told Reuters."

You can understand why Reuters wouldn't publish this report without a whopping six sources behind it because it seems to illustrate that Apple is rethinking their fight with the U.S. government and law enforcement.

If true, this could be a blockbuster revelation. Unless Apple releases a formal statement denying the Reuters report in the coming hours or days, we'll have to assume that the information below, is characterizing this story correctly.

Reuters is reporting that "The tech giant’s reversal, about two years ago, has not previously been reported. It shows how much Apple has been willing to help U.S. law enforcement and intelligence agencies, despite taking a harder line in high-profile legal disputes with the government and casting itself as a defender of its customers’ information.

The long-running tug of war between investigators’ concerns about security and tech companies’ desire for user privacy moved back into the public spotlight last week, as U.S. Attorney General William Barr took the rare step of publicly calling on Apple to unlock two iPhones used by a Saudi Air Force officer who shot dead three Americans at a Pensacola, Florida naval base last month.

In private talks with Apple, representatives of the FBI’s cyber crime agents and its operational technology division objected to the plan, arguing it would deny them the most effective means for gaining evidence against iPhone-using suspects, the government sources said.

When Apple spoke privately to the FBI about its work on phone security the following year, the end-to-end encryption plan had been dropped, according to the six sources. Reuters could not determine why exactly Apple dropped the plan.

“Legal killed it, for reasons you can imagine,” another former Apple employee said he was told, without any specific mention of why the plan was dropped or if the FBI was a factor in the decision.

That person told Reuters the company did not want to risk being attacked by public officials for protecting criminals, sued for moving previously accessible data out of reach of government agencies or used as an excuse for new legislation against encryption.

The person added "They decided they weren’t going to poke the bear anymore," referring to Apple’s court battle with the FBI in 2016 over access to an iPhone used by one of the suspects in a mass shooting in San Bernardino, California.

However, a former Apple employee said it was possible the encryption project was dropped for other reasons, such as concern that more customers would find themselves locked out of their data more often.

Once the decision was made, the 10 or so experts on the Apple encryption project - variously code-named Plesio and KeyDrop - were told to stop working on the effort, three people familiar with the matter told Reuters.

Apple’s decision not to proceed with end-to-end encryption of iCloud backups made the FBI’s job easier.

The agency relies on hacking software that exploits security flaws to break into a phone. But that method requires direct access to the phone which would ordinarily tip off the user, who is often the subject of the investigation.

In October 2018, Alphabet Inc’s Google announced a similar system to Apple’s dropped plan for secure backups. For more on this read the full Reuters report.