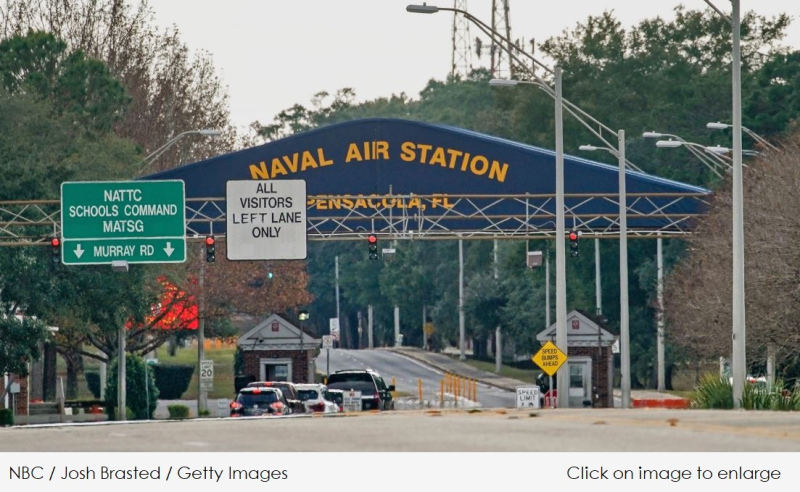 A CNBC report claims today that the FBI has asked Apple to assist them in unlocking two iPhones that investigators think were owned by Mohammed Saeed Alshamrani, the man believed to have carried out the shooting attack that killed three people last month at Naval Air Station Pensacola, Florida.

In a letter sent late Monday to Apple's general counsel, the FBI said that although it has court permission to search the contents of the phones, both are password-protected. "Investigators are actively engaging in efforts to 'guess' the relevant passcodes but so far have been unsuccessful," it said.

The letter, from FBI General Counsel Dana Boente, said officials have sought help from other federal agencies, as well as from experts in foreign countries and "familiar contacts in the third-party vendor community."

Apple on Monday said the company had been working with the government.

"We have the greatest respect for law enforcement and have always worked cooperatively to help in their investigations," Apple said in a statement. "When the FBI requested information from us relating to this case a month ago, we gave them all of the data in our possession and we will continue to support them with the data we have available."

A law enforcement official said there's an additional problem with one of the iPhones thought to belong to Alshamrani, who was killed by a deputy during the attack: He apparently fired a round into the phone, further complicating efforts to unlock it. For more on this, read the full CNBC report here.

Attorney General William Barr said last month in an interview with NBC News that the Pensacola shooting "appeared to be" an act of terrorism, but officials have not yet formally offered any conclusion.

Anyone reading this report will think back to the San Bernardino terrorist attack and Apple's defiance to work with the FBI. This time it appears that Apple acted swiftly on this case to get ahead of any controversy so as to avoid any possible negative PR backlash.