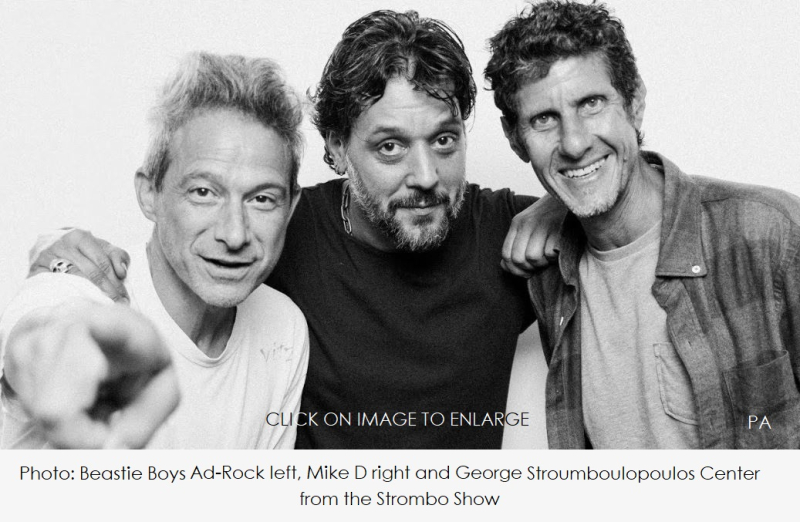 It was reported on today that Apple has acquired Beastie Boys Story, a documentary feature directed by Spike Jonze and penned by Jonze and the seminal rap group’s founding members Mike Diamond and Adam Horovitz. As part of the deal, a special cut of the film a will open exclusively in select Imax theaters April 3 in a limited release before dropping on Apple TV+ on April 24.

The timing comes just ahead of the 26th anniversary of the release of Beastie Boys’ fourth album Ill Communication. Jonze directed the music video for the album’s hit "Sabotage."

Diamond (Mike D) and Adam Yauch (aka MCA) were part of a New York punk band in the late 1970s. They eventually transitioned to rap after adding Horowitz (Ad-Rock) and hit big in 1986 with their debut album Licensed To Ill, setting the up to become one of rap’s most successful groups, winning three Grammys. For more, read the full Deadline report.

Before the Apple TV+ documentary airs, fans of the Beastie Boys could check out the hour-long video conversation with Ad-Rock and Mike D exploring the evolution of their career and early NYC days.

Apple added that "A special cut of the documentary feature will open exclusively in select IMAX Theatres for a limited engagement April 3, before premiering globally on Apple TV+ on April 24. You could also learn a little more on the documentary from Apple's press release here.

In a separate press release Apple noted that three new projects have been selected for special screenings at 2020 SXSW starting with the "Beastie Boys Story," "Central Park" and "Home" that you could learn more about here.