Apple's filing defines venues as being airports, shopping malls, amphitheaters, arenas, parks, school campuses and more. The venues can be indoors (e.g., an indoor shopping mall) and outdoors (e.g., a park), or a combination thereof (e.g., a college campus with multiple buildings separated by outside space, etc.). The features, or map elements, can include rooms, stores, levels of a building, or any other type of space.

In some situations, a route through a venue may include vehicular travel using a bicycle, golf cart, scooter, car, bus, etc., such as on a path between buildings within a venue.

Apple's patent FIG. 1 below is a block diagram of an example system for routing a user through a venue based on map feature relationships. For example, system 100 can be used to configure relationships between features (e.g., map elements) in venue map data and/or generate routes between a starting location and a destination location associated with a venue. The features, or map elements, can include rooms, stores, levels of a building, or any other type of space. 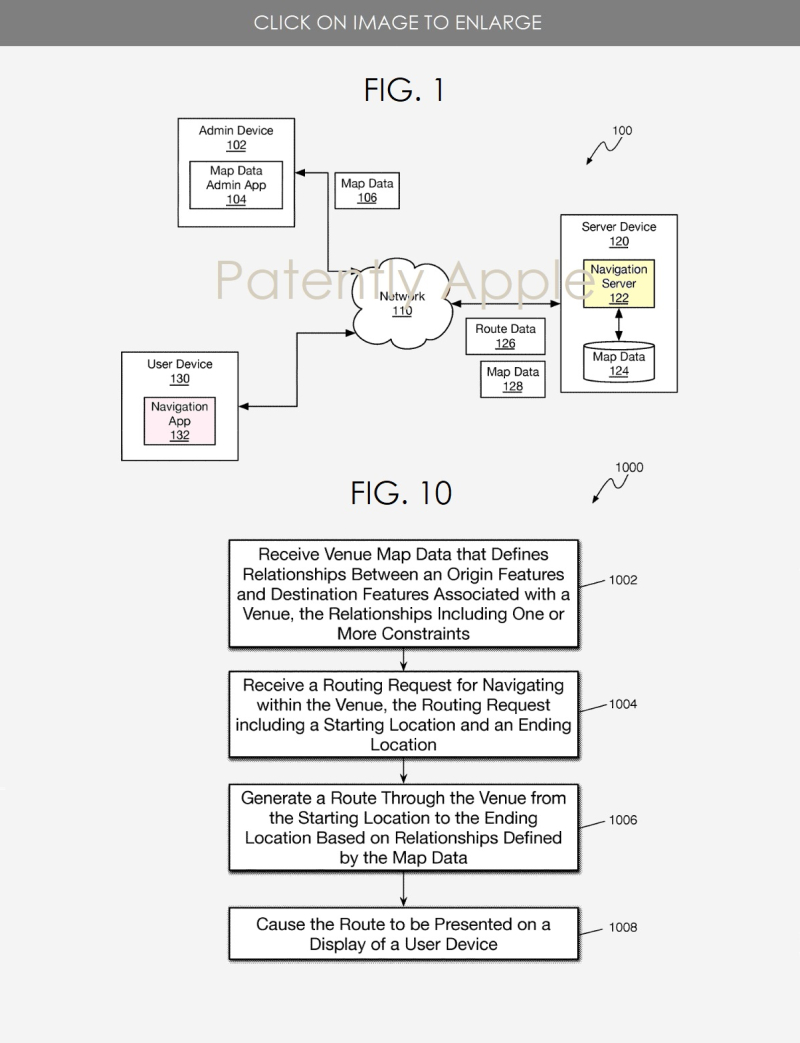 Apple's patent FIG. 10 above is flow diagram of an example process for venue routing based on map feature relationships.

It should be noted that one of the inventors of this patent is acknowledged as being Antti Saarinen. Apple acquired his company Indoor.io which was known internationally for their expertise in indoor mapping.

For more details, review Apple's patent application 20200011677 that was filed in July 2019 and published last Thursday by the U.S. Patent Office.