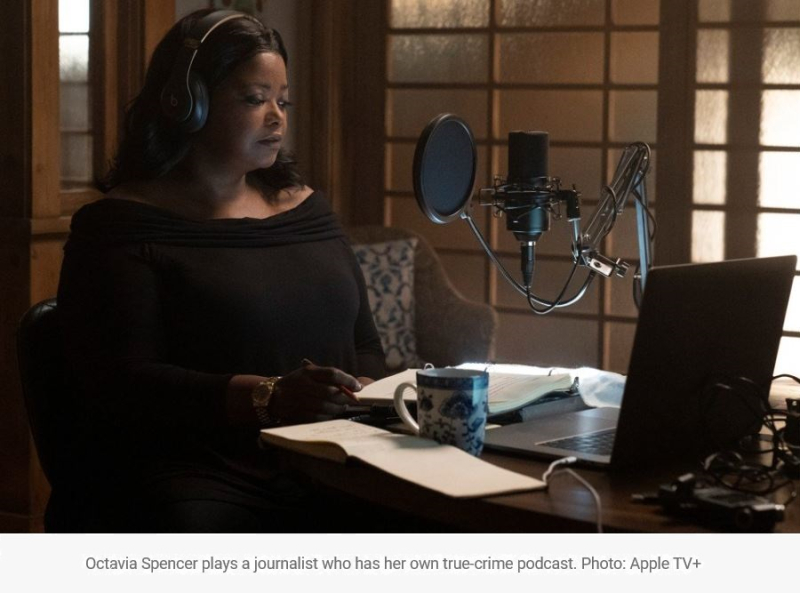 True-crime podcasts have become an obsession of armchair detectives around the world. Millions of wannabe sleuths "solve" real-life murders as they listen during morning commutes.

But what toll do these hit shows take on the families and victims of crimes long considered closed by police and the courts? And what credentials – or motivations – do the podcasters have to reopen their cases?

Truth Be Told, a new fictional drama from Apple TV+ is now available and it explores this morbid fascination through the eyes of journalist Poppy Parnell, played by Oscar-winning actress Octavia Spencer.

Parnell re-examines the case of Warren Cave, a teenager convicted of murder, after new evidence comes to light years later. She broadcasts her findings on a popular podcast.

But we quickly learn that Parnell made her name as a young black reporter by helping to incriminate Cave – and decides to revisit his plight even though he has joined a neo-Nazi gang in prison. “She’s flawed in a lot of ways. But she thinks that she might have wronged him and she looks into it."

Spencer admits that "As the audience we get to participate in a weird way … you don’t have to suffer any of the ramifications that sadly the family or the victims endure. I don’t like to use the word 'fan' because it romanticizes, in a weird way, true crime. But I am deeply fascinated by it."

At present I'm personally enjoying 'The Morning Show' and to a certain extent 'For all of Mankind' on Friday nights, and yet 'Truth by Told' is the one that I've been waiting for most. I'll wait to watch it this evening with my wife and hope it's as great as I've worked it up in my head.

I joined Amazon's Prime Time on the same day that I signed onto Apple TV+. Beyond their Jack Ryan series, most shows on Prime are stale. Apple TV+ is off to a great start by bringing in new original shows in a steady stream and that's what will keep fans staying on.

What Apple TV+ shows have been your favorite thus far? Send in your tweets.

For those that like documentaries, Apple TV+ is also launching 'Hala.'  It's a story about Pakistani American teenager Hala (played by Geraldine Viswanathan) who struggles to balance desire with her familial, cultural and religious obligations. Learn more about it here or watch the trailer below.