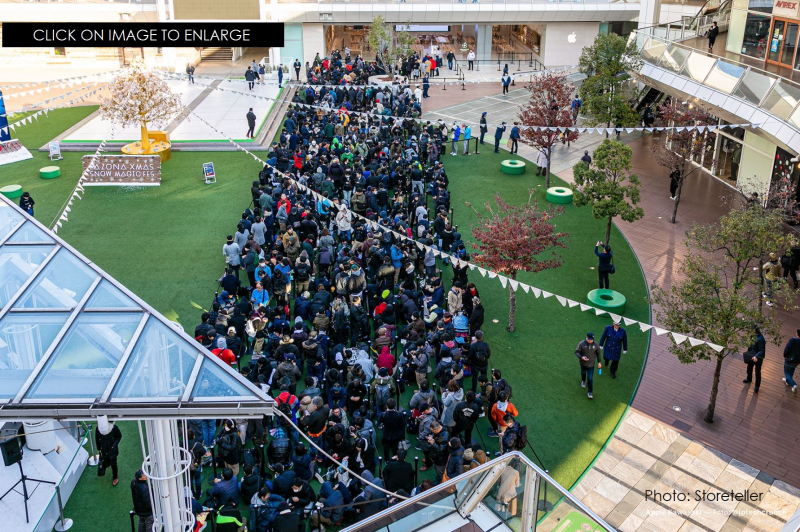 Do you think that the trend of having long line-ups forming to see a a new Apple Store opening is fading? Then think again. The lineup to get into new Apple Kawasaki store in Japan was massive and far beyond what is seen in our cover graphic. Check out the video below that shows you just how long the lineup was this morning.

Apple Kawasaki staff were pumped this morning seconds before the store opened and the count down began as presented in the video below.

The Japanese media were given a tour of the store yesterday and the video below allows us to see some highlights of the new Kawaski store.

Also opening today is Apple's new 10,000 sq. feet Eaton Centre store in Toronto, Canada. It's opening today at 9:00 am local time. That store is. Much like Kawasaki, that new store also features a new Avenue display, a Forum and a new table layout. It also has some very fancy Terrazzo flooring and new stone walls, reports iMore. 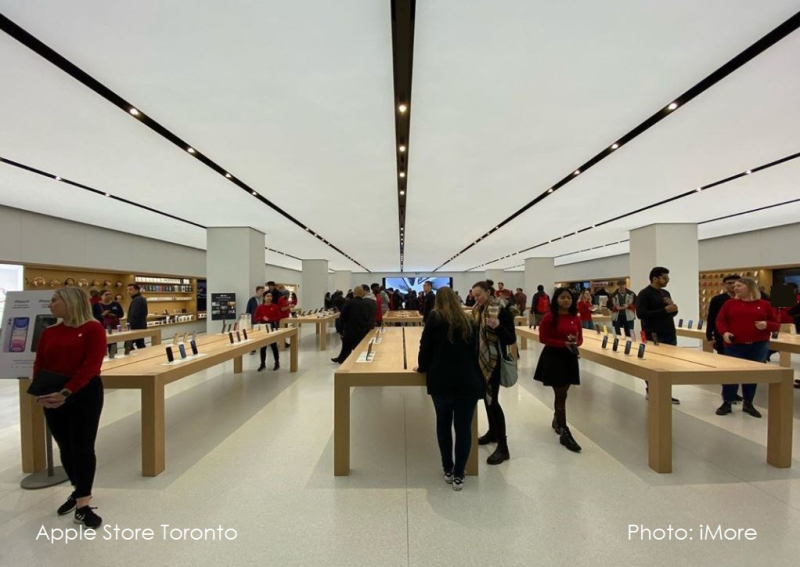