Home Archives Contact Us Subscribe Twitter MeWe Patently Mobile
Last Week Key Apple Executives, Board Members were sued in Shareholder Complaint for Breach of Fiduciary Duty
Suspicions are Rising that TikTok is a Spy tool for the Chinese Government as the U.S. Navy bans it as a Cybersecurity Threat 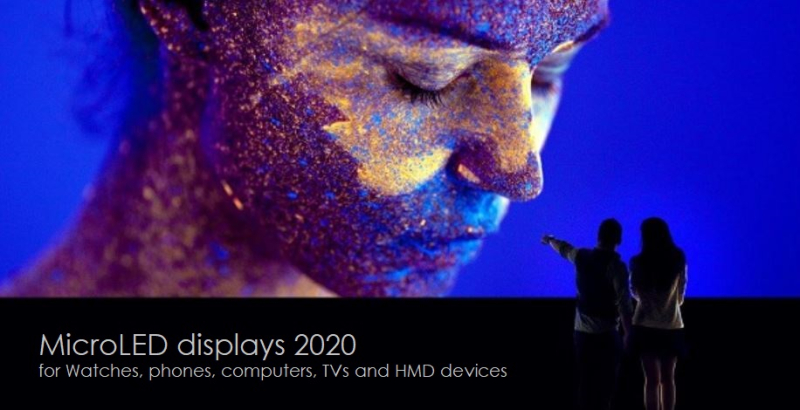 Rumors this year have pointed to microLED coming to Apple Watch in 2020 and MacBook Pro's between 2020 and 2021. A Korean report now claims that Samsung is looking to enter into mass production of microLED displays as early as 2020.

The report claims that "Samsung Electronics is currently looking to make an investment in plant and equipment during the first-half of next year to start mass-producing microLED displays.

Samsung Electronics is currently finishing up evaluating the performance of domestic and foreign equipment related to microLED. It is sharing its schedule on microLED production with its partners as it looks to make an investment in plant and equipment during the first-half of next year.

A representative for an equipment manufacturer stated that "Samsung Electronics has been testing the performance and the quality of key equipment as it looks to make an investment in plant and equipment during the first-half of next year."

Industry insiders claim that Samsung Electronics will decide on the size of an investment and the schedule after CES 2020 that will be held in the U.S. in January, after discussing the needs of their potential customers.

It is understood that Samsung Electronics will decide on the specifications of microLED that will be introduced during CES 2020 and the size of production and others afterwards.

The Korean report never mentions specific product markets Samsung is considering for their new micoLEDs nor which "partners" they've been in contact with on this project. Yet the timing of the rumors of Apple adopting microLED displays for future iPads and MacBooks and the news of Samsung close to deciding which microLED equipment it will chose for microLED product is beyond coincidental.

Samsung has proven to be a reliable partner for OLED displays for Apple's iPhones and so one has to consider that Apple could very well be looking to Samsung for quality and production expertise for future microLED displays for iPads, MacBooks and possible HMD devices.

This definitely a development that we'll try to stay on top of as we go into 2020.

Sept. 2019: Apple illustrates a micro-LED Display for a Future Foldable Device in a Patent for Embedded Pixel Driver Chips

Aug. 2019: A micro-LED Display Patent was Published in Europe this Month that could Apply to Future iDevices, Macs & More

Apr. 2019: Apple Wins a Patent for micro-LED based Displays that could be used in Future iMacs, MacBooks iDevices and a TV

Oct. 2018: A new Micro-LED Patent Application from Apple was published in Europe this week covering a Microdriver Chip