Rumor: Apple Plans to Launch a new High-End Mac in 2020 designed to address the Esports Market 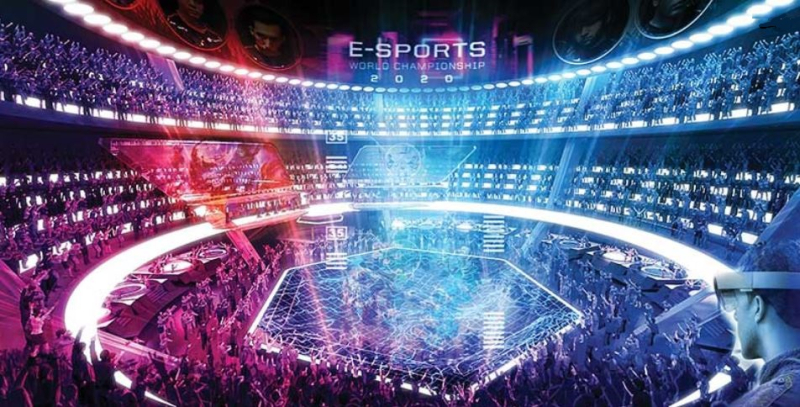 Professional, competitive video game playing—the phenomenon known as esports—has seen double digit growth for much of the past decade. With a massive following, many say it will soon become an official Olympic event. Throughout the U.S., high schools are launching competitive gaming clubs, and even some colleges are offering scholarships to top players.

With Apple having launched Apple Arcade this year, could Apple enter the higher end of gaming in the future? It's very possible if the rumor surfacing today becomes a reality.

Today, out of the blue, a new rumor from Taiwan claims that Apple is planning to launch an e-sports-centric PC next year with a unit price of up to $ 5,000 (about NT $ 152,100), which will be the first time that Apple has entered the e-sports PC field.

It is both a new product and a high unit price. The industry expects that the gross profit margin of Apple's supply chain manufacturers will be positive. (The global e-sports market is expected to leap by $ 1 billion )

According to supply chain sources, in addition to the high unit price of Apple ’s new gaming PC products, it may be a large-screen all-in-one (AIO) or a large-screen gaming laptop. Details are not clear at this time. It is expected to be announced at Apple's Global Developer Conference (WWDC) next June.

Apple has actively entered the game industry this year. With the advent of iOS 13 in September, Apple Arcade launched a game subscription service. It initially provided more than 100 exclusive games, and then opened subscription games on iPadOS and tvOS 13. Now it is stationed in macOS Catalina Buyers of all Apple products, whether through mobile phones, tablets or laptops, can use Apple Arcade services.

Apple Arcade currently includes action games, adventure games, and puzzle games, offering more than 100 games, new games are released every month and can be played offline. In addition to these games, you can use touch or Siri Remote to control the game. Some games also support other controllers, such as the Xbox wireless controller, PlayStation DualShock 4 and MFi game controllers.

However, mobile games or online games can only address simple games. If you want to have an immersive gaming experience or a fierce battle, only high-spec, fast computing gaming PCs can handle the graphic power needed to drive high-end gaming.

As Apple enters the field of e-sports PCs, with the encouragement of new hardware product shipments, it is expected to increase new business opportunities for relevant supply chain manufacturers.

On one hand the rumor seems to a be an off-the-wall long-shot.

On the other, the move into esports could breathe new life into the Mac sector while encouraging PC and console developers to finally put macOS on par with Windows and console release dates which is long overdue.