In new Interview Apple's CEO Talks Job Creation, being Thrilled that Everyone Can Code is coming to Japan & more 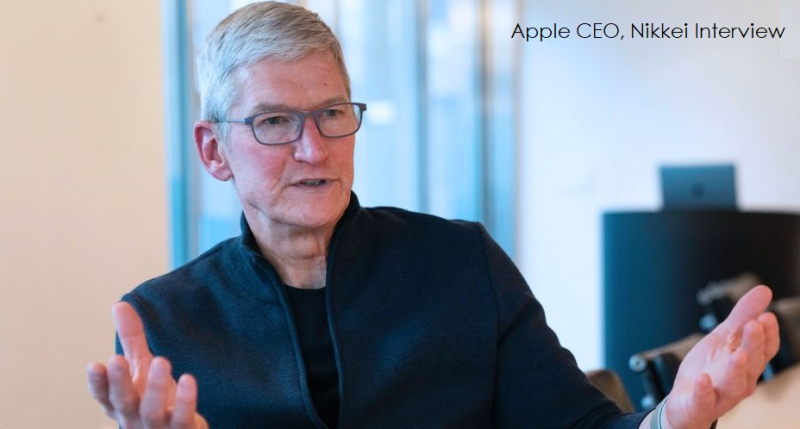 While Apple's legal team were attending a hearing on encryption in Washington, Apple CEO Tim Cook was in Tokyo sitting down with the Nikkei Asian Review for an interview defending the company's record of creating jobs in the U.S., rejecting criticism that the company outsources too much to China, a sticking point with President Donald Trump.

Cook pointed out that Apple has created well over 2 million jobs in the U.S. indirectly through investments like the one at Corning. Cook stated that "The glass on this iPhone is made by Corning in Kentucky. Several of the semiconductors in the iPhone are made in the United States. There's enormous manufacturing happening in the U.S., just not the assembly of the final product."

"The way that we do manufacturing is we look at all countries and look to see what skills are resident in each country, and we pick the best," Cook said, pointing to Seiko Advance. "They're the reason that we're able to put this color on the iPhone. We've worked with them for years and we've grown together. Both parties enjoy working together, we push each other to innovate more."

With that said, the Nikkei had reported back in June that while Apple has started to shift production capacity out of China, more than 90% of Apple's products are still assembled in that country.

"We strongly believe coding should be taught in all schools. I'm thrilled that this is going to happen in Japan," he said.

Cook expressed confidence in Apple's ability to still innovate, amid criticism that improvements in smartphone technology are becoming minute and insignificant. Cook pushed back on the idea that the smartphone market has reached its peak.

Shifting the topic to regulators, the Nikkei noted that the U.S. Department of Justice and EU antitrust officials have opened investigations into Apple to assess if it polices its App Store to unfairly disadvantage apps it considers to be competitive with its own services.

Surprisingly Apple's CEO stated that "A monopoly by itself isn't bad if it's not abused." For more on this, read The Nikkei Asian Review report.