Today the US Patent & Trademark Office published a patent application from Apple that relates to Apple's future head-mounted display system that will allow users to interact with objects in many modes of operation including voice commands, hand gestures and more.

Apple's invention includes devices, systems and methods that provide a computer-generated reality (CGR) environment in which virtual objects from one or more apps are included.

The head-mounted device will be able to interact with Macs, desktop or MacBook.

Apple's patent FIG. 2 below is a block diagram of the device of FIG. 1 including multiple apps that provide virtual objects to the event system for inclusion in the CGR environment. 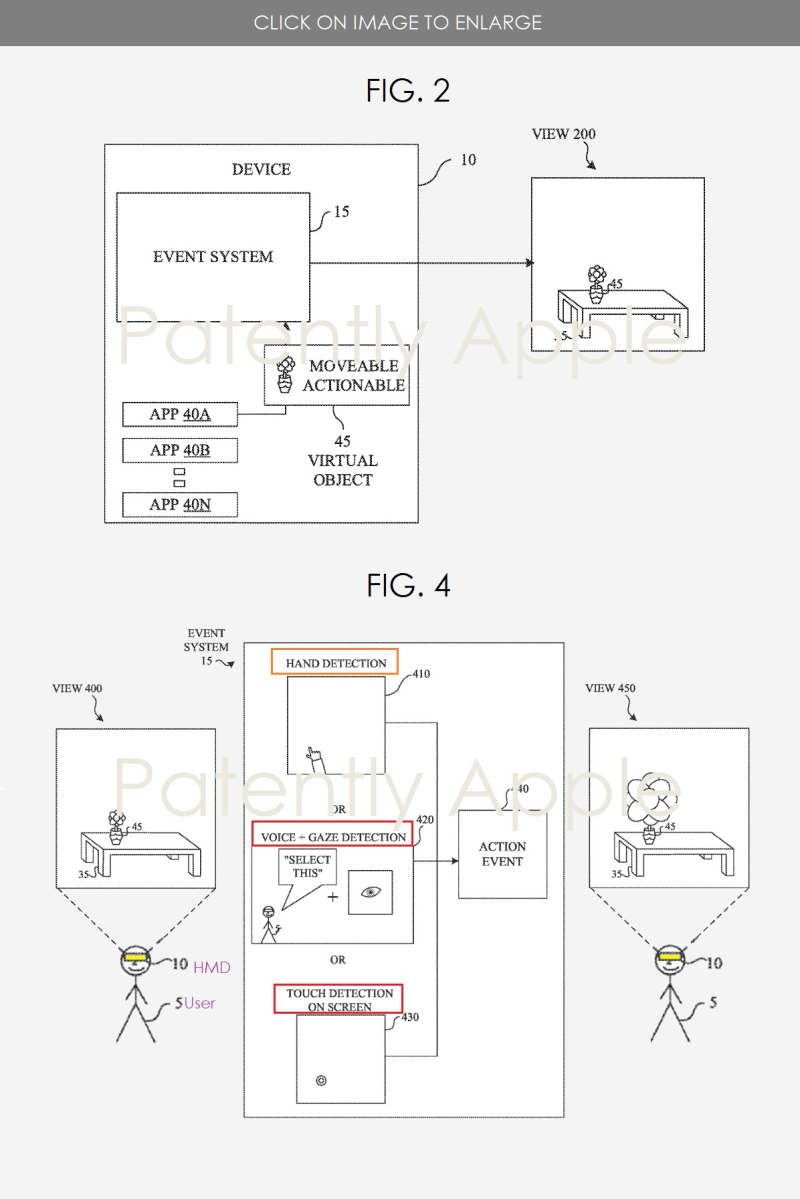 Apple's patent FIG. 4 above is a block diagram of the event system of FIG. 2 detecting a user interaction to create an action event and change a view of the CGR environment.

More specifically, Apple's Head-Mounted Display system can operate in different interactive modes in the virtual environment. The user (#5) will be able to use hand gestures to move an item in a VR scene from one place to another; the second mode available to the user is voice commands, such as "move the table to this location"; and the third mode is touch input.

Beyond those main modes, the user will be able to use a keyboard (physical or virtual), mouse, joystick, button or dial to interact with a given scene.

Apple's patent application '0391726 that was published today by the U.S. Patent Office was filed back in Q2 2019 with some work dating back to Q2 2018. Considering that this is a patent application, the timing of such a product to market is unknown at this time. The depth of Apple's patent base for future smartglasses and Head-Mounted Displays can be viewed in our Special Archives