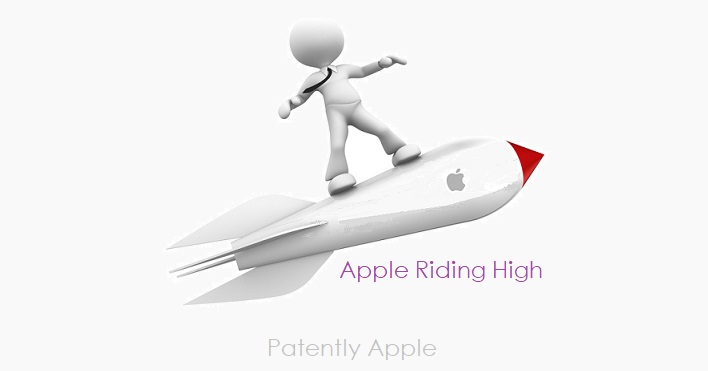 Apple Inc. shares rose on Thursday, hitting their latest in a series of record highs as the iPhone maker remained on track for its best annual performance in a decade.

The stock rose as much as 1.6% in the first U.S. trading day after Christmas, when markets were closed. Contributing to the positive tone, early reads on spending in the holiday shopping season have been strong, and Apple products -- notably its AirPods and iPhone -- were widely cited as "must-have" items on customer wish lists, according to an Evercore ISI survey. 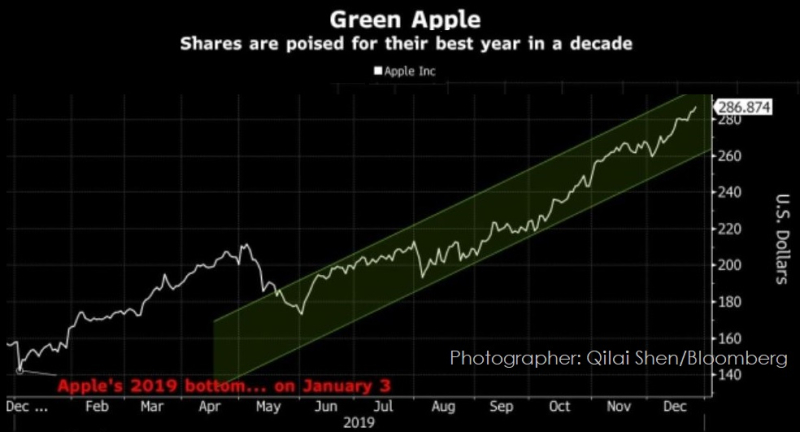 Thursday was poised to be the third-straight daily gain for the stock. Apple closed lower only five times in 18 trading sessions this month through Thursday. December’s month-to-date gain of more than 7% has Apple on track for its 10th positive month of 2019.

The rally has produced a gain of more than 80% this year for the largest publicly traded U.S. company and added about $530 billion in market value. That gain is more than the market capitalizations of all but five companies in the S&P 500 Index and twice the market value of Intel Corp.

Cowen analyst Krish Sankar recalled in a Dec. 17 report. That Apple actually "started the year with a surprise negative pre-announcement that was followed by C1H19 bearish sentiment on the stock due to slowing iPhone units, lack of a clear 5G strategy, and U.S.-China trade tensions. That sentiment turned positive" in the second half of the year.  Read more on this report from Bloomberg titled "Apple Extends Rally, Solidifying 2019 as Best Year in a Decade."