Apple's CEO Tweets about his Visit to Singapore Today 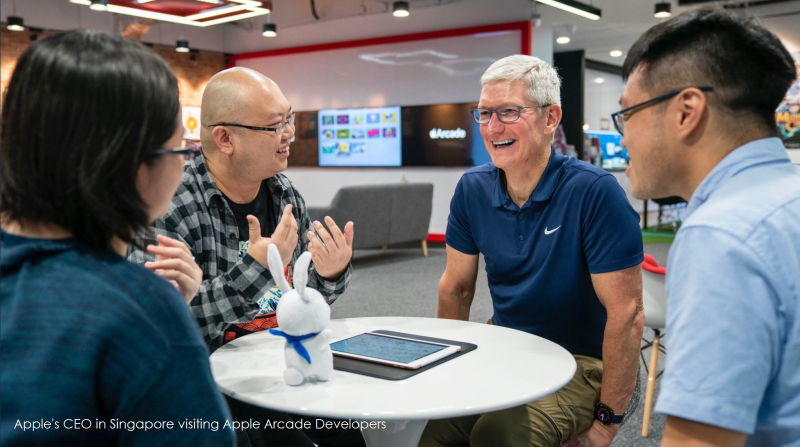 Yesterday Patently Apple posted a report titled "In new Interview Apple's CEO Talks Job Creation, being Thrilled that Everyone Can Code is coming to Japan & more." The next stop on Cook's Asian market tour took him to Singapore today.

More specifically, Apple CEO Tim Cook started his Wednesday with a Singaporean breakfast in the quaint and charming neighborhood of Tiong Bahru — one of the oldest housing estates in Singapore known for its 1930s streamline moderne architecture.

Cook has Breakfast in Singapore

Darren Soh's personal Facebook page added another photo of him with Apple's Tim Cook. Soh has been a Mac fan for over 20 years and an iPhone fan since the 3GS.

Three of our amazing @AppleArcade launch titles were created right here in Singapore’s PIXEL space. Great to meet the teams at @TheGentlebros, @battlebrewpro and Tendays Studio. Your creativity and passion have captivated so many gaming fans around the world! 🎮📱📺 pic.twitter.com/yK55zXmqgd

I am so impressed with the high school students in Singapore’s Swift Accelerator Program. They’ve been busy learning to code with @Tinkercademy teachers, and already have everything from AR to productivity apps live on the @AppStore! Nice work! #EveryoneCanCode pic.twitter.com/41LDv9eh1f

If we can visualize a greener future, we can make it real. Wonderful to take part in @MeshMinds’ #TodayAtApple session at Apple Orchard Road to see how children are harnessing the power of ARKit to keep our oceans clean. 🌏 pic.twitter.com/wD5kc0RiK8 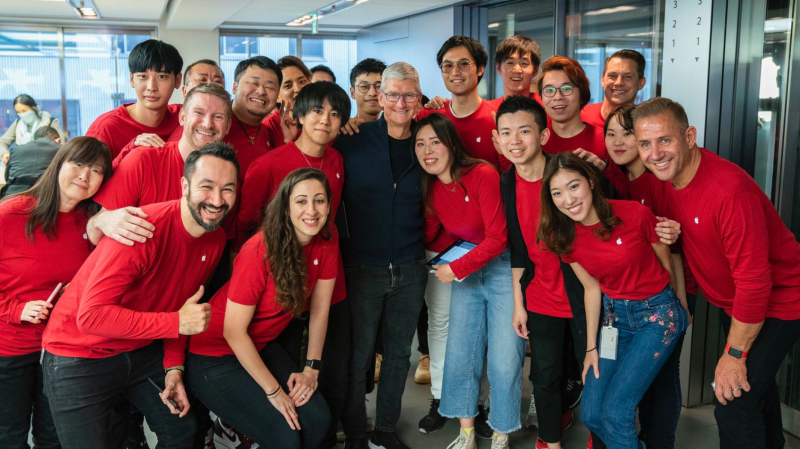