Apple was granted patent #10,503,254 today which covers a possible future Apple Watch that could detect specific hand gestures to perform specific actions.  This future Apple Watch could have multiple photodiodes, each sensing light at a different position on the bottom surface of the watch that faces skin of a user. The invention covers hand gestures by recognizing patterns in sensor data that are characteristic of each hand gesture, as the user's tissue expands and contracts and anatomical features in the tissue move during the gesture.

Apple's patent FIGS. 2A-2D below are examples of hand clench and hand flap gestures. Variations of these gestures and other gestures entirely may be trained on and detected. 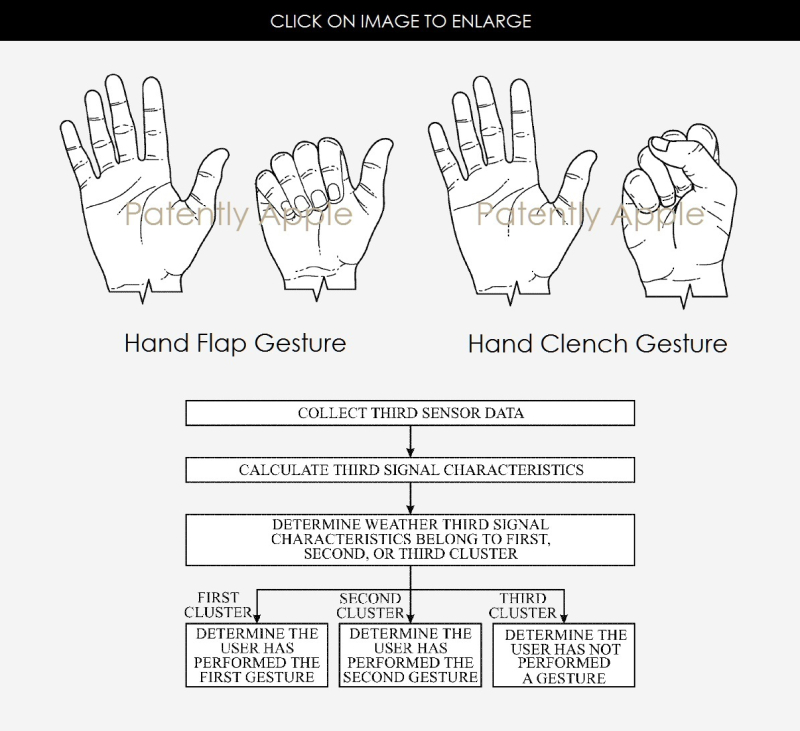 Today, Apple was granted patent 10,506,148 for integrated photonics module for optical project in iDevices.  Patently Apple first covered this invention back in 2015 which derived from their acquisition of Israeli firm PrimeSense. PrimeSense had filed for a patent in Q2 2014. The 2015 report was the first granted patent under "Apple Inc."

While the patent is about the nuts and bolts of creating a 3D camera, the patent mentions at one point that "The 3D map of the user's hand (and/or other parts of the user's body) may be used in a gesture-based computer interface." 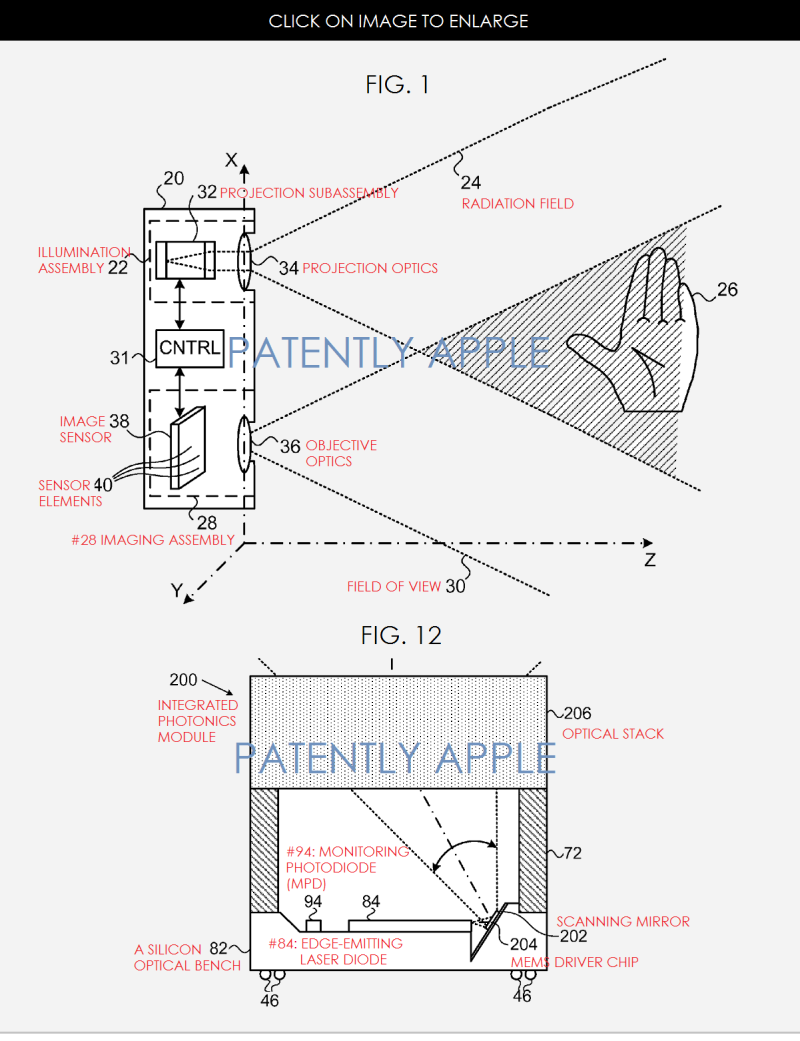 Apple integrated their TrueDepth camera with the introduction of iPhone X that used advanced Face ID. Whether the photonics module for optical projection to read hand gestures is already in place or to be added is unknown at this time.

A year ago Patently Apple posted a report titled "Apple could be onboard the 2019 3D Camera trend for Smartphones that will introduce In-Air Gesture Controls." While LG was first to implement such a system, it was difficult to use and critics dismissed it as a failure.

Whether Apple will be able to deliver workable hand gesturing capabilities in future iDevices is unknown at this time.

Other Granted Patents of Mild Interest today Include:

Relating to Apple Pencil: Granted Patent #10,503,287 is titled "Adjustable handheld stylus." This granted patent relating to Apple Pencil  was originally covered as a patent application by Patently Apple back in March of this year. You could review the report in full here for more details.

Designing a single stylus diameter like Apple Pencil is simply mimicking the diameter of a natural pencil or pen. But Apple engineer Paul Wang, who is a product designer and senior input technologist believes that Apple Pencil could be redesigned in a way that could inflate the circumference of Apple Pencils so as to accommodate a wider range user's need for a better grip experience. Wang also has additional ideas of interest covered in today's granted report. 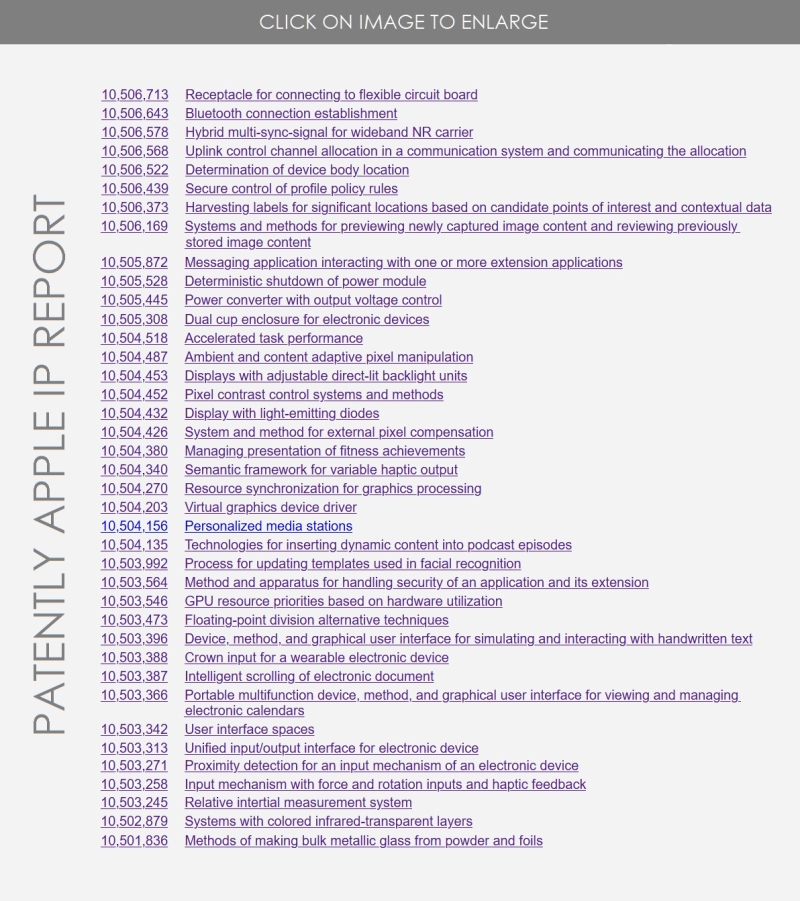