The U.S. Patent and Trademark Office granted Apple 46 newly granted patents today. In this report we cover two granted utility patents and four design patents covering two iPhone designs and two iPad designs, with one that was never manufactured. The utility patents cover Apple's fifth granted patent relating to iDevices with unitary glass housings while the second covers strain gauges embedded into a future Apple Watch band that could tighten the band on the user's wrist when taking specific health tests. As always, we wrap up this week's granted patent report with our traditional listing of the remaining granted patents that were issued to Apple today.

Apple was granted patent 10,512,176 today for "Glass device housings." It's Apple's fifth granted patent for this invention. In today's version, new patent claims have been added that cover the following:

Patent Claim 3 adds information about a raised rib: "the second housing structure includes a raised rib that extends into the interior volume; and the raised rib is formed from the glass material."

Apple's patent FIG. 23 presented below is a diagram showing how glass housing structures formed from a five-sided box of fused glass members may be provided with internal components. 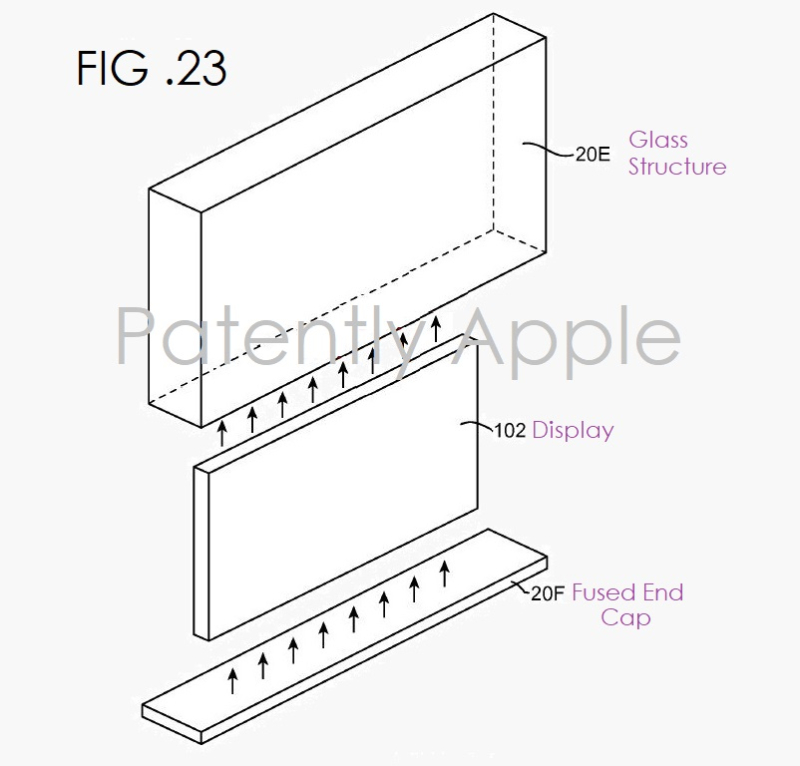 Our cover graphic covers Patent FIG. 1 which is what FIG. 23 is but in a finished format and the second figure covers an all-glass iPhone.

You have to wonder if a future iMac could come with with a glass back so as to support future 5G connectivity. 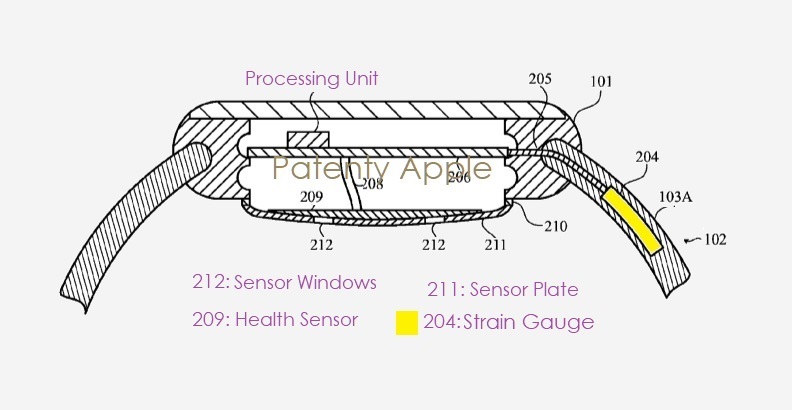 Patently Apple posted a patent application report in May of this year titled "Apple advances Apple Watch Band Invention to Include an Embedded Strain Gauge to Record Accurate Health Data."

Apple's granted patent relates to a future advanced Apple Watch band that will have embed strain gauge sensors so as to be able to secure the watch to the user's skin so that it could take more accurate health readings.

The U.S. Patent and Trademark Office published Apple's granted patent today under number 10,506,978. You could read our May report in full here with more details and graphics.

The four key design patents issued to Apple today include two iPhone designs covering the iPhone 8 and the iPhone 4 as presented below. 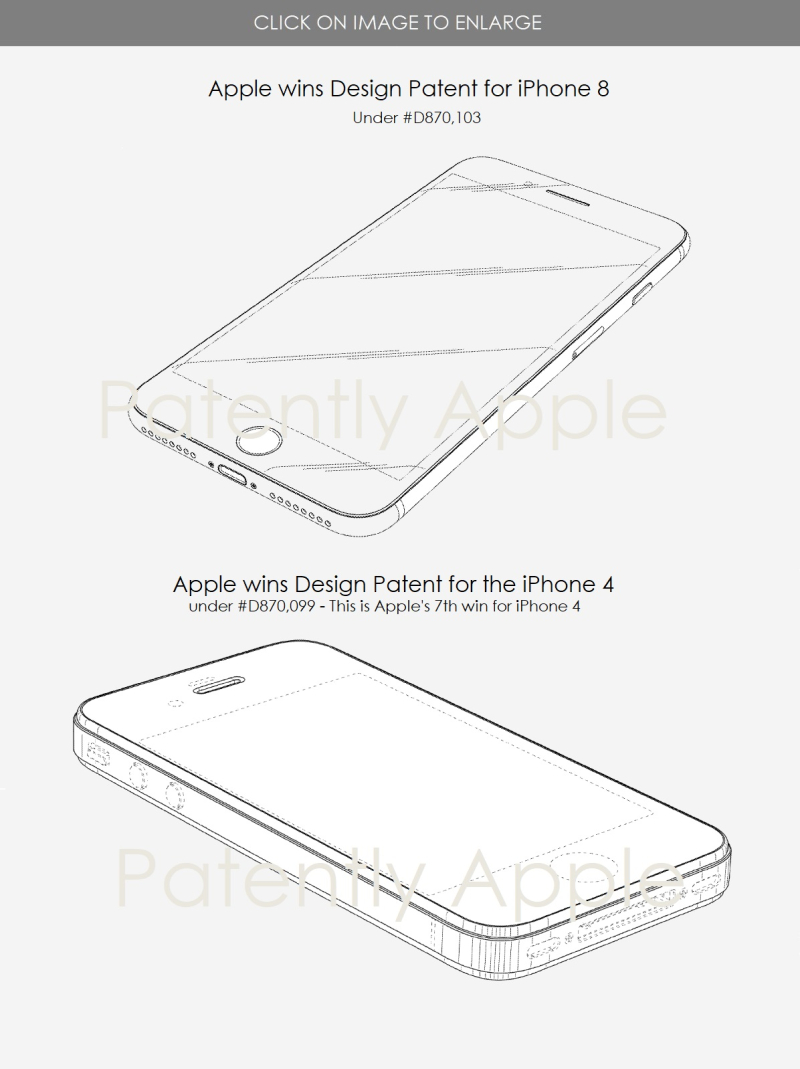 The other two design patents cover iPad designs with the '102 design presented below covering a unique design with a second 30-Pin side connector for landscape mode in Apple's basic iPad Keyboard Dock shown further below.

The idea was great but it never came to market until Apple redesigned the concept and launched it as the iPad Pro with a side 'Smart Connector.' 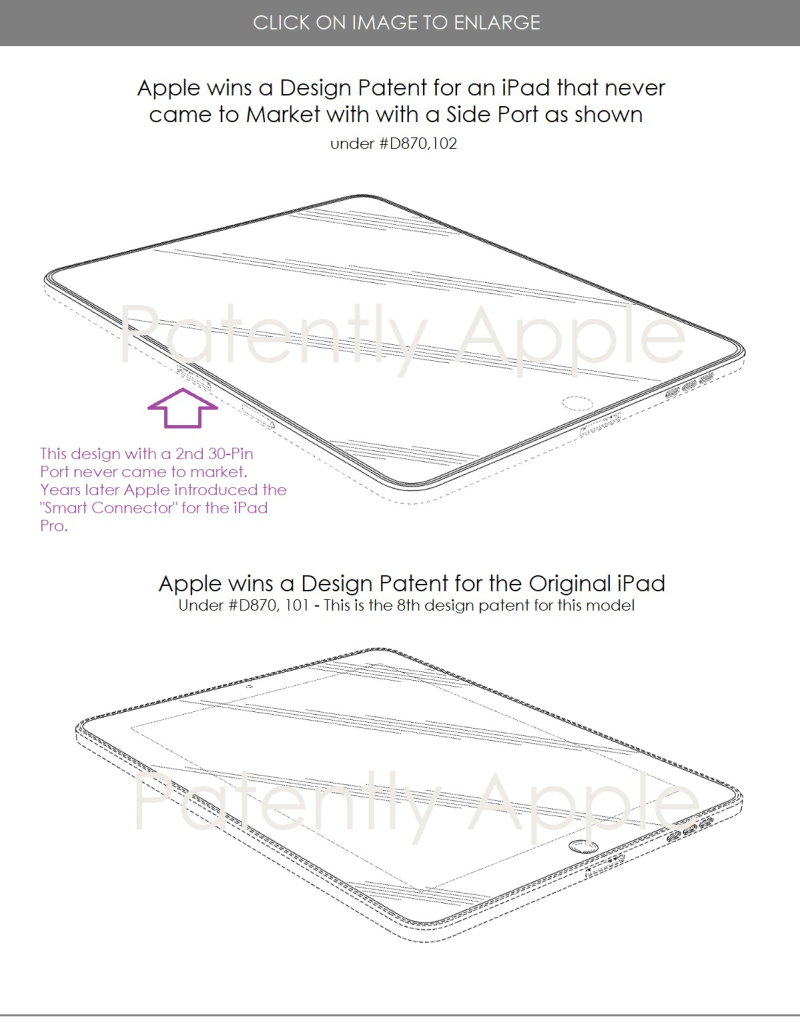 The '101 design above patent covers the original iPad that launched in 2010. 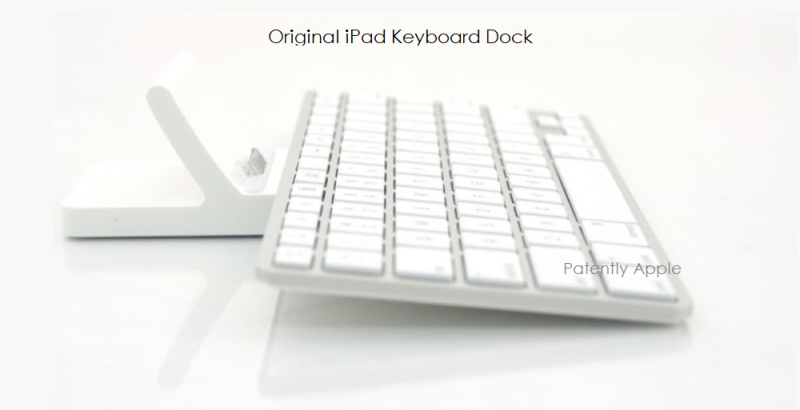 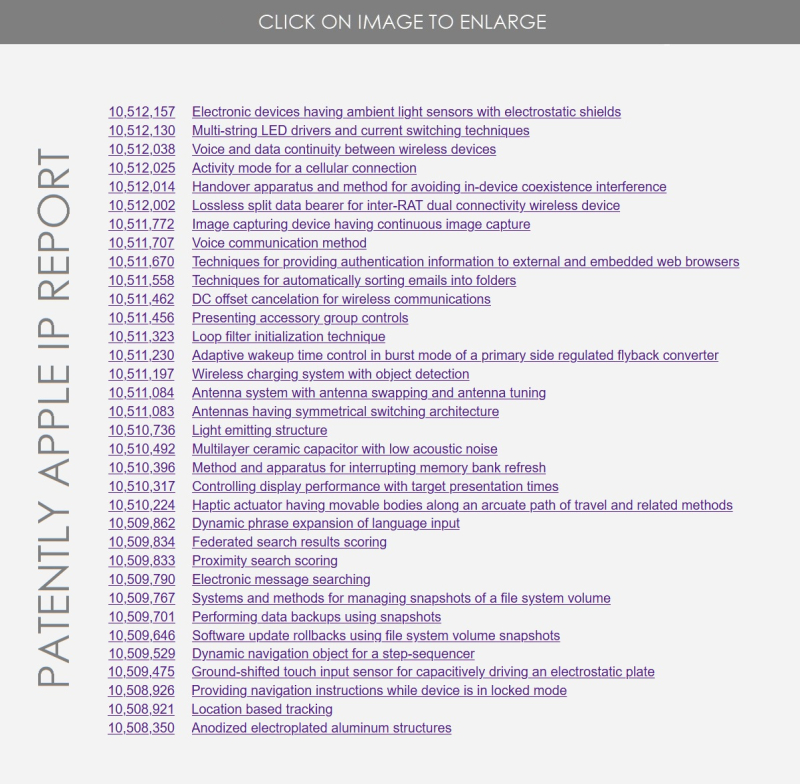