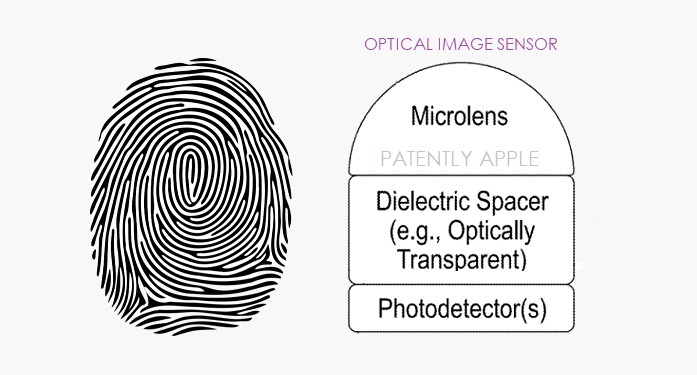 Apple's MacBook Pro 16" uses an optical sensor for Touch ID. Apple could technically support both methods for next-gen Touch ID on future iDevices like Apple Watch, iPad and smartglasses of one sort or another.

In Apple's patent FIG. 1 of this new patent application we see Apple illustrating that Touch ID could be exercised by touching the OLED display; FIG. 2 is a schematic block diagram of the electronic device of FIG. 1. 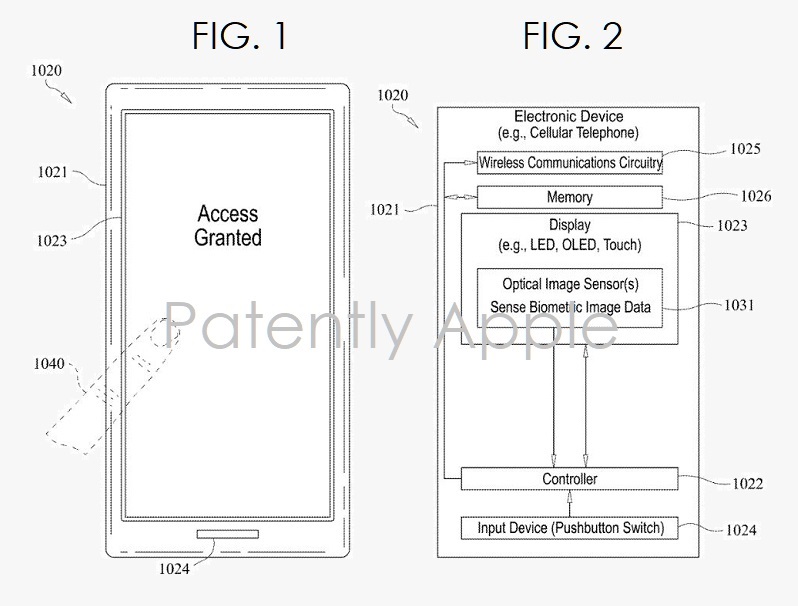 Apple has been working on Touch ID under the display since 2013 when they filed their first patent on this technology which was published in 2015.

The industry is shifting back and forth as to which methodology they'll adopt for fingerprint authentication under the display of future smartphones between optical and ultrasonic.

Samsung adopted Qualcomm's first-gen ultrasonic sensors for their Galaxy S10 and Note 10 phones and they experienced a series of security flaws that damaged their reputation with some banks and were singled out as being unsecure.

Then earlier this month we posted a report titled "Taiwan's GIS that's behind the 2020 iPad Pro Mini LED Displays, may also supply Apple with Under Display Touch ID Technology." 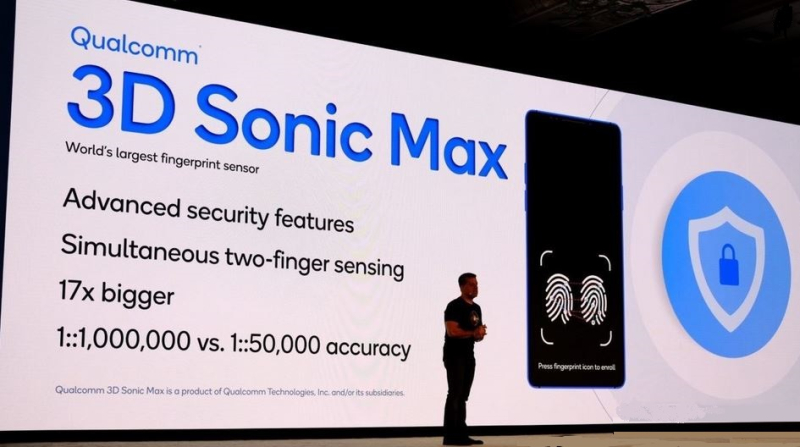 Apple supplier GIS had jointly developed the ultrasonic fingerprint scanner with Qualcomm and could very well be what Apple ultimately chooses to use in future iPhones.

However, what sounds logical in a rumor may not always be the direction that Apple ends up executing. Secondly, it's not always an either or scenario. Meaning, that Apple could adopt optical sensors for future iDevices such as a future headset and/or Apple Watch while using ultrasonic sensors for the iPhone and iPad or vice versa.

Dale Setlak: Engineering sensors and measurement systems; came to Apple via Authentec acquisition in 2013.  Setlak was a Co-Founder of Authentec.

Giovanni Gozzini: Director of Engineering; came to Apple via Authentec acquisition in 2013.