Apple will Celebrate the Inaugural Apple Music Awards at the Steve Jobs Theater Dec. 4 Streamed live Around the World 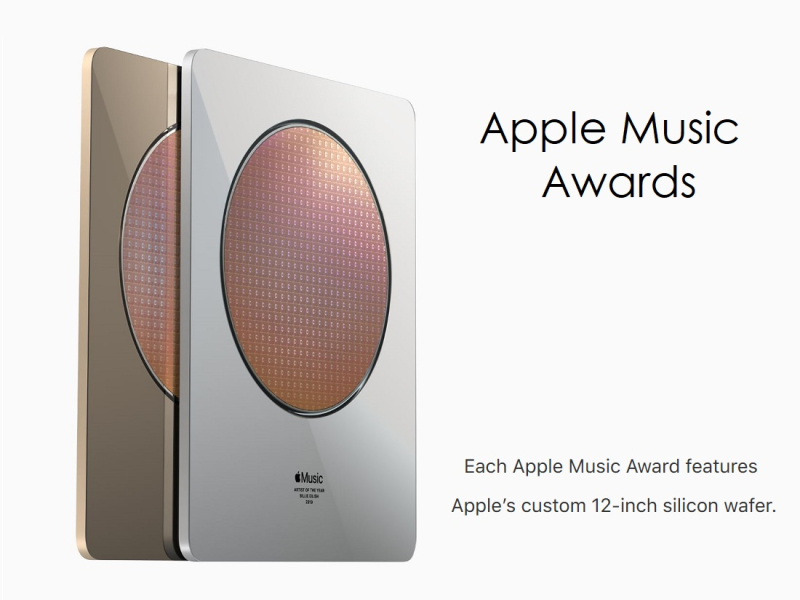 Introducing the Apple Music Awards, a celebration of the best and boldest musicians of 2019 and the enormous impact they have had on global culture this year. The Apple Music Awards honor achievements in music across five distinct categories and winners are chosen through a process that reflects the service’s editorial perspective, combined with what customers around the world are loving most.

Apple Music will celebrate the inaugural Apple Music Awards with a bespoke performance from Billie Eilish at the Steve Jobs Theater at Apple Park. The show will be unlike anything ever seen from this unanimously crowned Artist of the Year. This exclusive event will be streamed live around the world on December 4 at 6:30 p.m. PST.

As noted in our cover graphic, Apple has designed a series of awards to celebrate the extraordinary craftsmanship integral to creating music. Each award features Apple’s custom silicon wafer suspended between a polished sheet of glass and a machined and anodized aluminum body. The wafers start as a perfect 12-inch disc of silicon with nanometer level flatness. Copper layers are deposited and patterned by ultraviolet lithography to create connections between billions of transistors. The result of this multi-month process, before it is sliced into hundreds of individual chips, is stunning and distinctive. In a symbolic gesture, the same chips which power the devices that put the world’s music at your fingertips sit at the very heart of the Apple Music Awards.

The winners for Global Artist of the Year, Songwriter of the Year and Breakthrough Artist of the Year were hand-selected by Apple Music’s global editorial team of experts and tastemakers and given to artists who have true passion for their craft, who boldly defy conventions in the category and who embody a sense of humanity, where listeners are drawn as much to who they are as to their music. The awards for Album of the Year and Song of the Year are based on streaming data and reflective of what Apple Music customers have been listening to (on repeat) this year.

Oliver Schusser, Apple’s vice president of Apple Music and International Content: "The Apple Music Awards are designed to recognize the passion, energy and creativity of the world’s favorite artists. The musically diverse group of inaugural winners have sparked deep social conversation, influenced culture and inspired our customers around the world. We couldn’t be more excited to celebrate them."

Artist of the Year: Billie Eilish 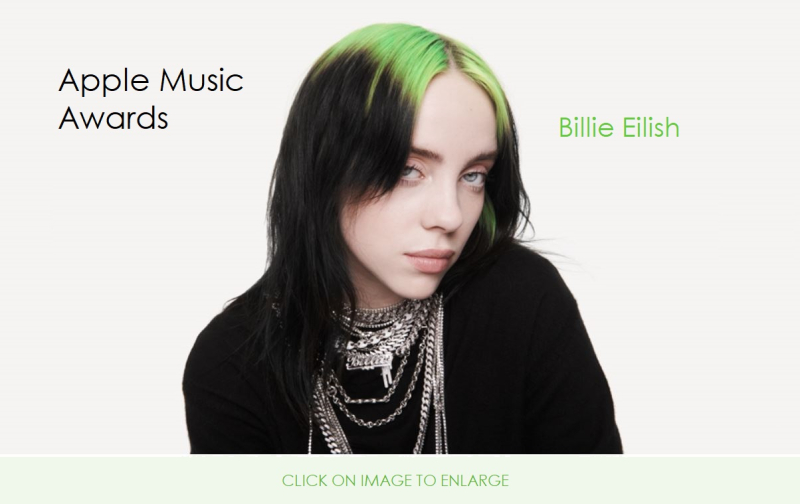 Breakthrough Artist of the Year: Lizzo