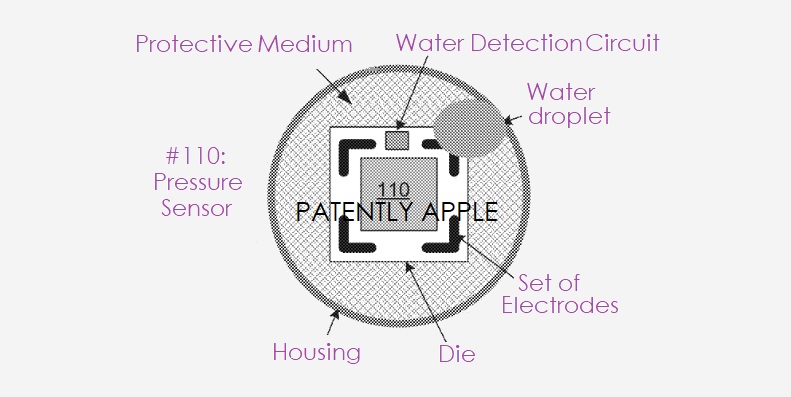 Today the US Patent & Trademark Office published patent applications from Apple that relate to water detecting pressure sensors and adjustable optic layers that could be used in future smartglasses.

Apple uses many kinds of pressure sensors in their iDevices such as the iPhone and Apple Watch that could enable health and fitness features. Pressure sensors can also be used to measure pressure in a gas or liquid and measure elevation, motion and more. Keeping water away from these sensors are important for the health of Apple's mobile devices.

The pressure sensor can generate a signal in response to a pressure variation. The protection medium at least partially fills the cavity and covers the die. The electrodes can be disposed on the die to detect presence of a water droplet on the protection medium. 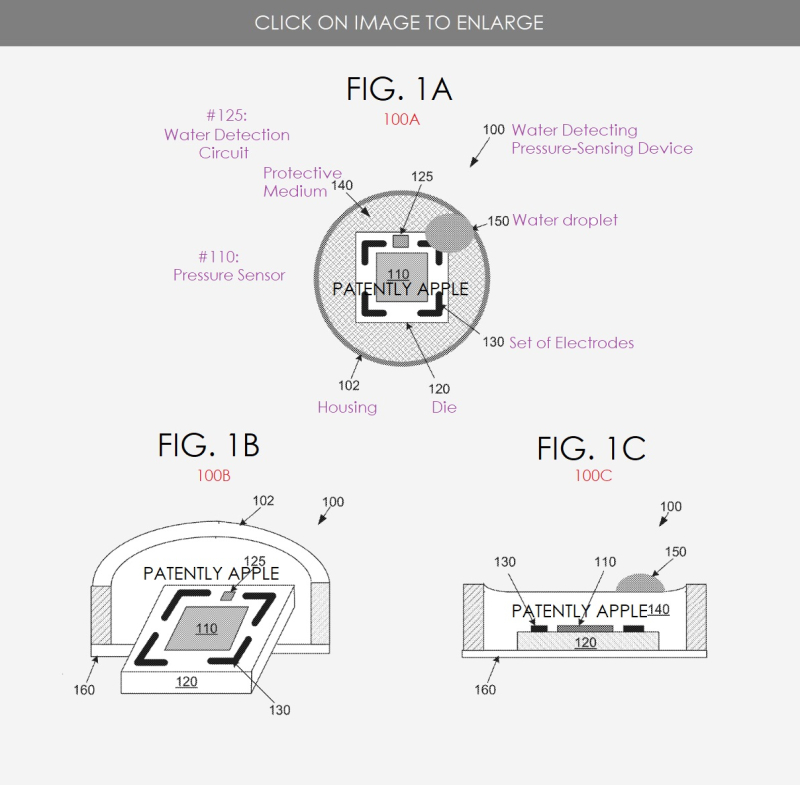 Apple's patent application 20190383688 that was published today by the U.S. Patent Office was filed back in Q2 2018. Considering that this is a patent application, the timing of such a product to market is unknown at this time.

Last month patently Apple posted a patent report titled "Head Mounted Display with Infrared Transparent One-Way Mirror." It was a foundational patent for this type of work on optical layers.

Today Apple is advancing their work on optical layers with an invention that adds the ability for a user in the future to electrically adjust the optical layers of a pair of smartglasses (or other devices) to varying degrees so as to lighten or darken the face of the device, glasses or frame of a head-mounted display device so that components like a camera are hidden from the public's view.

Apple's patent FIG. 1 below is a schematic diagram of an illustrative electronic device with optical components and electrically adjustable optical layers. 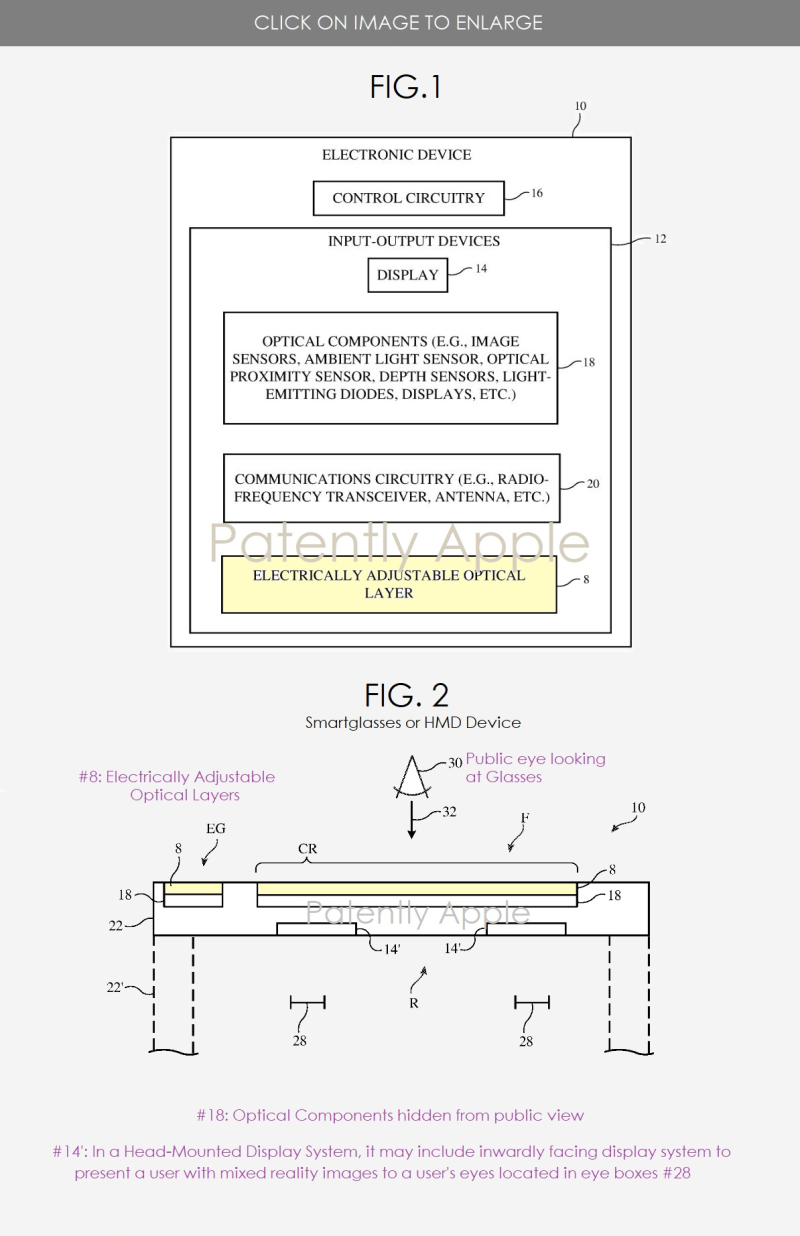