Home Archives Contact Us Subscribe Twitter Facebook Patently Mobile
The Website of the Year interviewed Apple's Head of Accessibility who Explained how the company is driven to Think Holistically
A Class Action has been filed against Apple, Google, Dell, Microsoft & Tesla for Child Labor Mining Cobalt in Africa

Apple has created a unique smartglasses (or Head-Mounted display device) system that could shift its optical system into protection mode if its motion sensor(s) detect the glasses are in "freefall" or have been hit with an object.

The system is designed to both move the lenses that are close to each other so that they don't collide and break and also could fill the new gap with air or liquid to further cushion the blow.

Interesting to note that in one patent point, Apple makes mention of a "user's prescription" in context with the lenses. Whether that was a Freudian slip or not is not known at this time.

The Problem to Fix

It would therefore be desirable to be able to provide improved head-mounted displays to remedy this scenario.

The control circuitry may determine whether to operate the head-mounted display in protected mode or active use mode based on sensor data, on/off status information, location information, and/or other information. 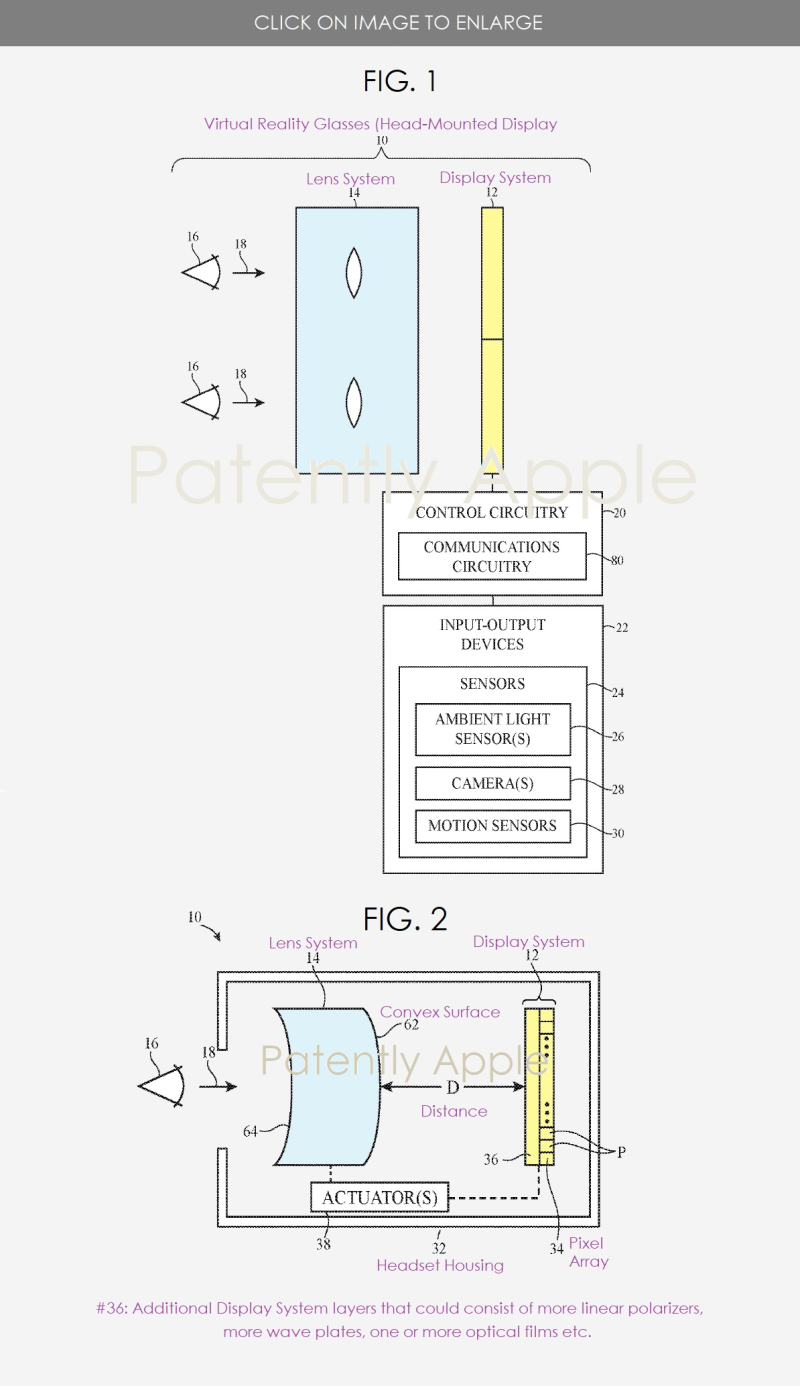 As shown in FIG. 2, the display system #12 and optical system #14 of the glasses #10 may be configured to display images for a user's eyes (#16) using a lightweight and compact arrangement.

This type of compact arrangement may raise the risk of impact between display the system and lens system when the glasses are dropped or an external object striking glasses. If care is not taken, these types of incidents may cause collisions between the lens system and the display system which could cause damage to one or both system.

To protect the display and lens systems, the control circuitry may operate the glasses in first and second modes such as an active use mode and a protected mode.

Protected Mode: When the glasses are in protected mode, it can protect the glasses and lens when in freefall. In such a scenario, the control circuitry may take certain actions to protect the display and lens systems.

Later in the patent filing Apple further states that one of the fluids may include a charged liquid or may be a ferrofluid (e.g., a ferromagnetic material formed from suspended ferromagnetic particles in a liquid carrier). 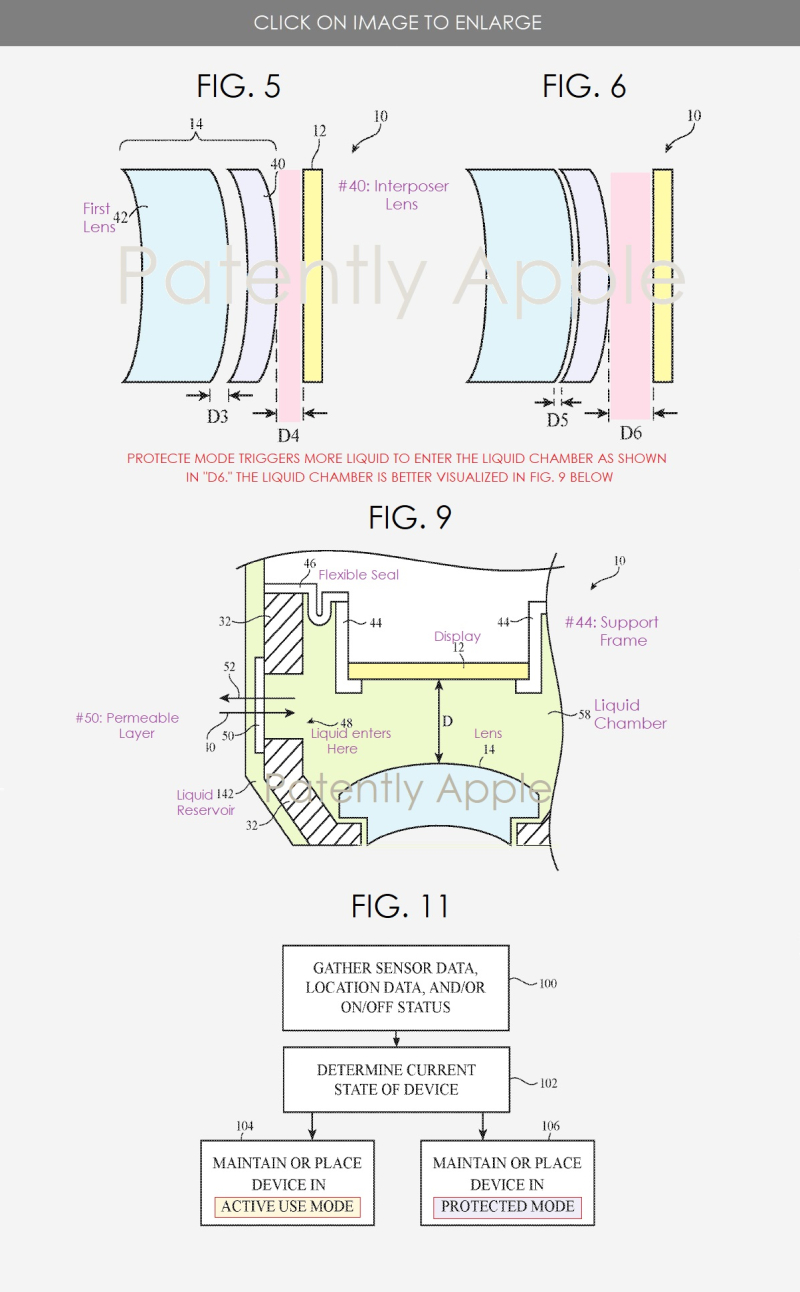 Apple's patent FIG. 9 presented above is a cross-sectional view of an illustrative head-mounted display in which fluid such as air is injected between a display system and a lens system to shift between active use mode and protected mode; FIG. 11 is a flow chart of illustrative steps involved in operating a head-mounted display in active use mode and protected mode.

General Patent Points about the Headset

The main points of the invention describe the active and protection modes in a future headset. Below are some random things that Apple mentions about this form of future headset.

Headset Materials: plastic, metal, fiber-composite materials such as carbon-fiber materials, wood and other natural materials, fabric, glass, silicone, other materials, and/or combinations of two or more of these materials.

Apple's patent application outlined in this report was published on Thursday in Europe and not in the U.S. Considering that this is a patent application, the timing of such a product to market is unknown at this time.