Home Archives Contact Us Subscribe Twitter MeWe Facebook Patently Mobile
Apple Continued their lead in the Premium Smartphone Segment in Q3, by Capturing 52% without a 5G Model
Microsoft's Innovation Lab has invented a new Writing-Drawing Window that sits beside the Surface Book's Trackpad 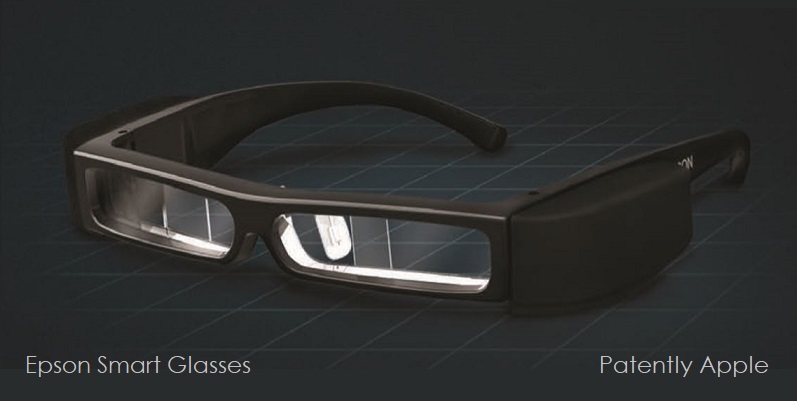 Most of the biggest names in Big Tech are racing to create smart glasses that we wear everywhere and that may replace our phones. Microsoft, Amazon, Google, Snap, Facebook, Apple, Magic Leap and others are all working on some form of smart glasses or headset that will change how we view the world around us. Instead of pulling a phone out of our pockets to talk to people or interact with apps, we may do these things simply by speaking to, and looking through, a set of glasses.

There’s a race to be the first to make a set of glasses that everyone will wear, which means they have to be fashionable and sleek enough to wear all day and everywhere you go. Advocates of the technology hope that you’ll one day be able to replace every screen in your life with just one pair of smart glasses. That was what CNBC reported on last month.

Today, a new report by Digitimes continues that trend of thinking with Tom Liang, chairman for both Taiwan-based smart glasses designer Jorjin Technologies and Taiwan Smart Glasses Industry Association. According to Liang, Smart glasses enabled by AR/MR technologies is likely to gradually replace smartphones, with such a trend beginning to take shape in and around 2023.

This appears to be a common timeline in respect to smart glasses. Patently Apple posted a rumor report last month titled "A new Rumor Claims that Apple has Two Devices in the works Relating to Smartglasses with a 2022-2023 Timeline."

The rumor, from The Information claimed that they had learned that "Apple is aiming to release an augmented-reality headset in 2022 and a sleeker pair of AR glasses by 2023."

Analyst Ming-Chi Kuo made a more aggressive forecast that Apple would reveal their smart glasses in 2020.

In today's report, Liang estimates that the global augmented reality (AR) market's scale to double or even triple in 2019 and will grow larger in 2020 with 5G's commercialization.

Jorjin is the designer of Epson's recently released AR smart glasses that can be paired with a smartphone for multimedia playback functionalities. In 2018 Jorjin has also cooperated with telecom carrier Chunghwa Telecom (CHT) to sell the smart glasses in Taiwan.

For the Chinese market, Jorjin has partnered with telecom carrier China Mobile to distribute the wearable device to the local consumer market. The smart glasses is priced at around NT$15,600 (US$507).

In addition to consumer electronics, smart glasses are also expected to be deployed in medical care-related applications, including surgery. Jorjin's smart glasses are being tested in Taiwan's medical centers and the medical-use device may become available by the end of 2020.

Jorjin also supplied the medical smart glasses to its US-based clients for certification by FDA to be used in surgery on knee and hip joints. The company will also unveil several new smart glasses for industrial and smart manufacturing applications at Mobile World Congress (MWC) 2020.

Apple has placed a lot of emphasis on health applications, especially for Apple Watch, a device widely used by Ochsner Health that we just reported on this past Saturday.

More recently, we posted a patent report last week titled " Apple Reveals a Possible Future Health app for Apple Watch and an MR Headset to Assist those with Parkinson's Disease."

Evidently one of the areas where Apple is directing their R&D in respect to future smartglasses is the health market. You could review other smartglasses and mixed reality headset patents in our Apple Archives here.

While Apple may introduce a Pro set of smartglasses that could be an iPhone replacement option or at least an iPhone accessory in the timeline that some are predicting, it's difficult to see smartglasses replacing iPhones in general.

For companies like Microsoft or Facebook that don't have an established smartphone market, it's their dream to think smartglasses will get the leap on Apple and other smartphone companies. However, only in La-La-Land could such a scenario even be a remote possibility.