Home Archives Contact Us Subscribe Twitter Facebook MeWe Parler Patently Mobile
The New Bossman: Sundar Pichai is now CEO of Both Google and Alphabet as the Company Founders step down
Apple's 'Measure' App Icon is now a Registered Trademark in the U.S. and more 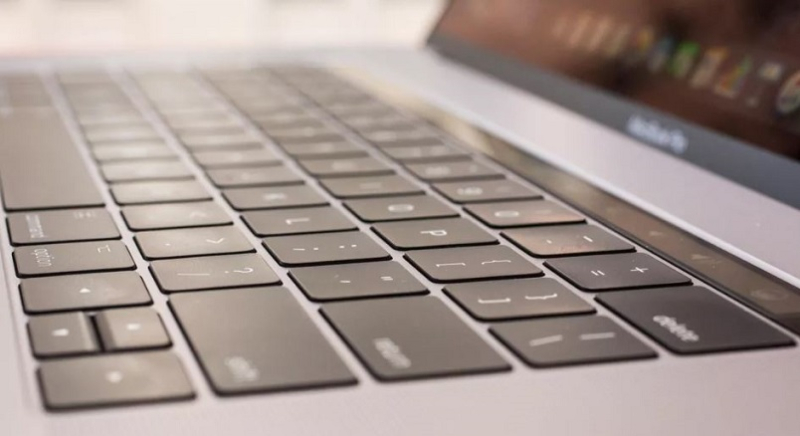 On Monday Patently Apple reported that a federal judge had rejected Apple's bid to dismiss the proposed class action lawsuit against them regarding their faulty butterfly keyboard. The new MacBook Pro 16" model introduced the Magic Keyboard architecture that is used with desktop Macs. In that same report we pointed to 9to5Mac's writer Ben Lovejoy having a number of issues with his MacBook.

Today Mr. Lovejoy is back with a vengeance with his displeasure over a recent fix to his MacBook that didn't go right according to his account. Benjoy stated in his report today that "A third failure further dents my faith in Apple quality."

Of course Mr. Lovejoy isn't alone in his frustration with Apple. Arwa Mahdawi, a writer for The Guardian in the UK, laced into Apple today with a report titled "Apple says it cares about the climate. So why does it cost the earth to repair my MacBook?" It was a scorcher to be sure.

Mahdawi writes: "My beloved MacBook Air was only two years old when it died. It had seemed perfectly healthy the night before, but when I tried to turn it on in the morning there was no response. Chances are you have been in my shoes, forced to buy a new gadget or appliance because repairing your old one was too difficult.

We live in a world where trillion-dollar companies such as Apple are so obsessed with making us buy new things that they spend enormous amounts of money lobbying against legislation that would give people a 'right to repair' their old electronics."

Mahdawi then revved up her rhetoric: "The fact that it is so hard to repair the things we supposedly own makes me angry at the best of times. But, on Monday, I became particularly apoplectic. Scrolling though Twitter, I noticed a sanctimonious tweet by Tim Cook, Apple’s CEO. “Humanity has never faced a greater or more urgent threat than climate change,” he noted. “Apple will continue our work to leave the planet better than we found it ...”

Mahdawi added that "Apple talks a good game about recyclable material. It waxes lyrical about sustainability. But the best thing it could do for the climate is give us the chance to repair our items at a reasonable price.

Forget leaving the planet better than we found it; at this rate, we are going to leave it littered with loads of unusable iPhones, obsolete chargers and prematurely dead Macs." For more, read The Guardian report.

In August we posted a report titled " While Apple continues to Fight the "Right to Repair" Movement, they introduced an "Independent Repair Provider Program" today."

In November we posted a report covering the iFixit MacBook Pro 16" teardown part-2 titled "The MacBook Pro 16" iFixit Teardown is out and Reparability Scores 1 out of 10."

The folks over a iFixit recently stated in their MacBook Pro 16" teardown part-one: "Don’t get us wrong; adding function at the expense of negligible size and weight increases is a step in the right direction. But we have to wonder if a similar outcry could make Apple reconsider making other parts of their esteemed laptop more simple and repairable."

As I was closing this report I noticed a report by techradar titled "Apple admits problems with some MacBook Pro 13-inch 2019 models – and offers advice on how to fix them." The issue is sudden shudowns. You could read more about that here.

At the end of the day, a couple of angry Apple fans aired their anger very publicly over problems with MacBooks being unrepairable at reasonable prices and Apple not diagnosing problems with a MacBook correctly adding extra surprising costs. There's a lot of anger out there and a lot of what's said is on the minds of many more Apple fans and writers.

With the U.S. government now conducting investigations into Apple, expressions of such anger as we heard today may come back to bite them in the long haul.