With the Audience Rapidly Growing for Apple TV+, Could Apple's 5G Killer-App for 2020 iPhones be a TV Headset Accessory? 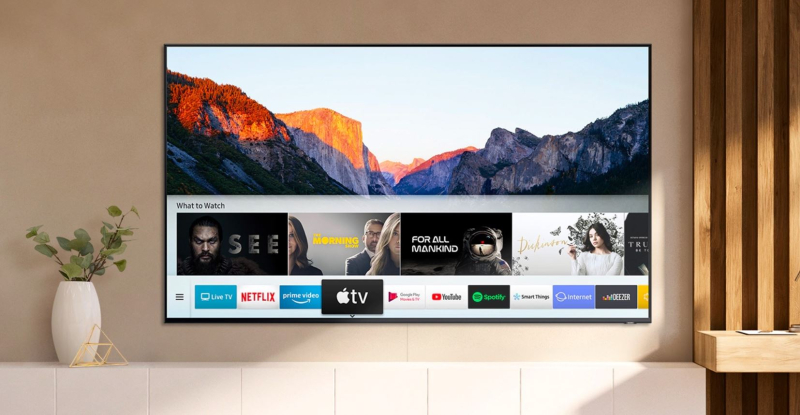 A Hollywood Reporter report reveals that Apple officially signed on their four top original shows For All Mankind, The Morning Show, See and Dickinson for a second season even though unofficially this was known for months.

The report notes that sources close to Apple say all four series delivered "millions" of viewers over launch weekend of the $5-per-month subscription service. (Apple TV+ was free for seven days at launch.)

Those same sources say Apple is thrilled with the early performance of all four shows. The average time spent on Apple's TV+ platform was well over an hour for each viewer, those same sources said. Viewership is said to have grown "triple digits" from Friday to Saturday and again from Saturday to Sunday as first adopters returned over the weekend.

Apple, like other streamers Netflix, Amazon and Hulu, doesn't release viewership information. Information on total sign-ups for the service was was not immediately revealed. To learn more, read the full Hollywood Reporter report.

As a side note, I personally enjoyed the shows "The Morning Show" and "For All Mankind" last week. I'd been having problems with my older Apple TV box of late and wasn't able to watch Apple TV+ shows using my Sennheiser headphones.

Instead of trying to pick a new Apple TV 4K box I decided to buy a new TV. Although I was seconds away from picking up a new Samsung TV offering the Apple TV+ app built-in – I chose to go with a Sony Bravia. Reportedly they'll have an Apple TV+ app coming to the Google Play store in December. I'll believe it when I see it.

However, the good news for me was that my old Apple TV plugged into my new Bravia corrected the audio problems I was having with my headphones. Just in time for the next episodes of my favorite Apple TV+ shows airing today.

But I have to admit, I'm still a little baffled as to why I didn't have the choice of buying a TV with Apple's logo on it. While this is a subject to delve into at future date, for now I keep remembering Tim  Cook's interview with Brian Williams back in 2013.

When the topic of TV came up during the end of the interview, it was clear that Apple's CEO felt that the TV was a device that hadn't changed with the times. Cook's face beamed when talking about a possible future Apple TV saying it was an area of great interest with Apple but didn't fill in the blanks. The video below is set to start at when that part of the discussion begins.

Will we ever get to see Apple's logo on a future next-gen TV? While Apple's long term moon-shot project still appears to be related to autonomous vehicles, I still think that revolutionizing the TV to deliver a completely new experience is still on the table at Apple.

Whether that will translate into taking on the form of an advanced Mixed Reality Headset or being a physical TV may be debatable. However, why take on inventory of TV's with 32", 43", 55", 65" or 85" displays when one headset could deliver it all with 8K Foveated displays?

Logic dictates that delivering an advanced MR Headset with 8K quality displays to enjoy sports, TV shows, Movies and games with would be the ultimate next-gen TV experience. In the big picture, I continue to believe that Apple's TV project is still alive.

In fact, we may actually get a change of seeing this unfold next year if the 2020 5G iPhones are supported by a first-gen headset accessory that rumors are suggesting will happen. Looks to me that a "personal TV" headset to watch content anytime anywhere could in fact change TV forever.