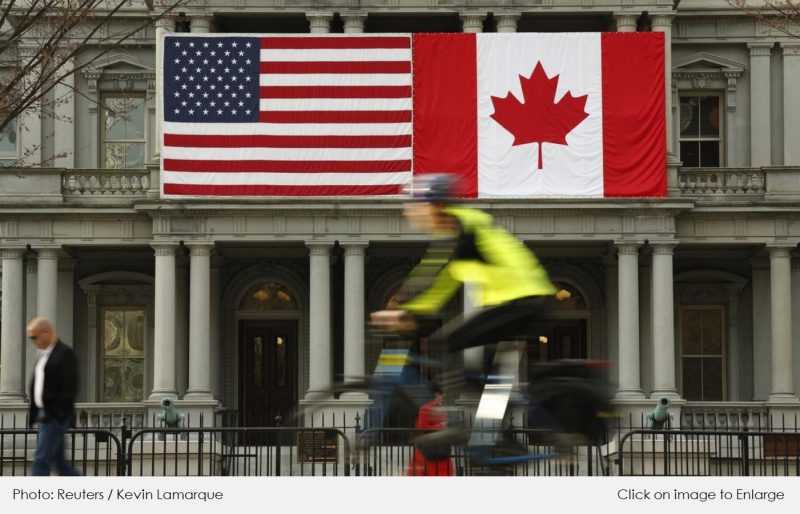 When Canada's left wing Liberal party, lead by Prime Minister Trudeau, was running for re-election last month, they proposed a digital services tax on top U.S. tech companies similar to France's plan which led to criticism and the threat of retaliatory tariffs by the United States. It's no wonder that French Canada, which rules over English Canada with an iron fist, has chosen to take on a France-styled tax scheme. Now that the Liberal Party of Canada narrowly won the election, their promised digital tax will certainly move forward.

The Liberals called for digital companies with worldwide revenues of at least C$1 billion and Canadian revenues of more than C$40 million to be subject to a new 3% tax on revenue generated through the sale of online ads and user data. The tax would take effect on April 1, 2020. The tax would no doubt affect Apple along with other Silicon Valley tech giants.

It's being reported today by Reuters that "More than a dozen U.S. trade groups and the U.S. Chamber of Commerce on Friday urged the Trump administration to block a French-style digital services tax proposed by Canadian Prime Minister Justin Trudeau.

The groups said the tax would undermine U.S. investment in Canada’s technology market and threaten Canada’s compliance with commitments under the World Trade Organization, the North American Free Trade Agreement (NAFTA), and the United-States-Mexico-Canada Agreement (USMCA).

"We urge you to engage rapidly with your Canadian counterparts to discourage them from proceeding with this proposal," the groups wrote in a letter addressed to U.S. Secretary of State Mike Pompeo, Treasury Secretary Steven Mnuchin, Commerce Secretary Wilbur Ross, U.S. Trade Representative Robert Lighthizer and White House economic adviser Larry Kudlow. For more on this, read the full Reuters report.

This morning Patently Apple posted a report titled "A Surprising Late-Night Parliamentary Committee in Germany Voted to Force Apple to Open Up Apple Pay to Rivals." The trend of attacking U.S. tech companies with special taxes and protection laws instead of competing with them is a disturbing trend.