According to his bio, Williams was the lead on ARM CPU's starting with Cyclone (A7) and continued with processors Typhoon (A8), Twister (A9),  Hurricane (A10), Monsoon (A11 Bionic) and Vortex (A12 Bionic 7nm)."

The third co-founder John Bruno, according to his LinkedIn Profile was with Apple from Jul 2012 – Dec 2017. He left to join Google as a System Architect and in March 2019 became Founder and SVP System Engineer for NUVIA Inc. The same month that Gerard Williams III left Apple. 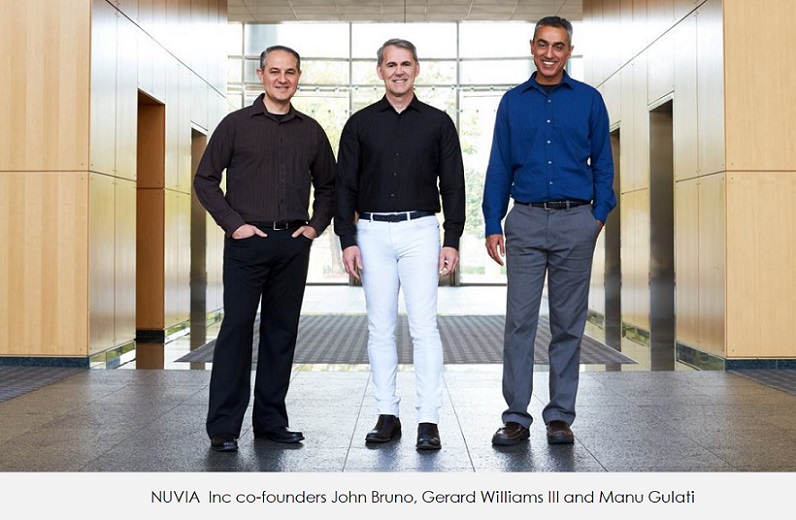 NUVIA is reportedly developing a processor code-named Phoenix. The company on Friday said it raised $53 million from Dell Technologies Capital and several Silicon Valley firms, which will help it expand from 60 employees to about 100 by the end of this year.

The company’s founders, backers and plans have not been previously reported.

At NUVIA, the group’s goal is to take the lessons learned designing powerful chips for small, battery-powered devices such as iPhones and apply them to large, electricity hungry data center servers. The founders aim to make a chip that is faster, more power efficient and more secure than existing data center processors, Williams told Reuters.

Williams told Reuters in an interview that "We want to bring all these aspects that we have developed over time through our careers to this new market and really exploit them in this market, because it’s an area ripe for innovation and advancement." For more on this story, read the full Reuters report.

In their press release today Gerard Williams III, CEO, NUVIA stated: "The world is creating more data than it can process as we become increasingly dependent on high-speed information access, always-on rich media experiences and ubiquitous connectivity. A step-function increase in compute performance and power efficiency is needed to feed these growing user needs. The timing couldn’t be better to create a new model for high-performance silicon design with the support of a world-class group of investors." You could read the rest of the press release here.