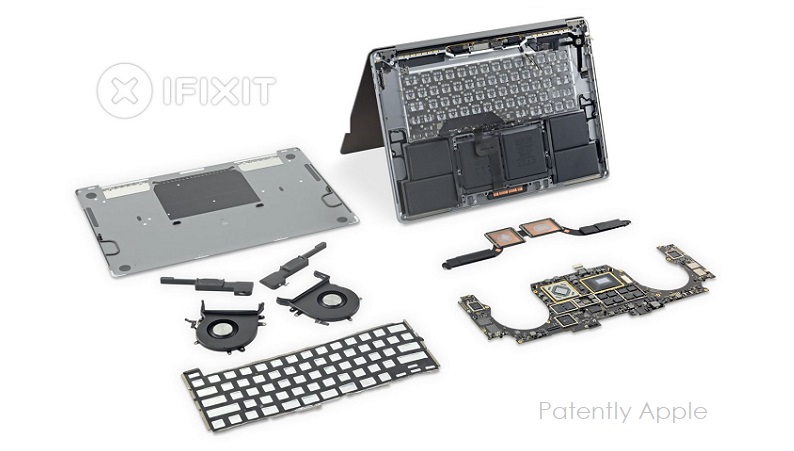 On Friday we posed a report titled "iFixit Video: First Look under the hood of the new 16" MacBook Pro," which mainly covered a first look at the new Magic Keyboard replacing the buggy butterfly keyboard that was hated by Pros.

This afternoon iFixit delivered their full report pointing out things like the 99.8 Wh  which allows it to be okay for business travelers as it's just under the FAA rating that would sideline a Mac.

You could dig down into the nitty-gritty details in iFixit's written report here, or just whip through the 2.23 minute video of the teardown below.

It's clear that Apple is making it impossible for repair shops to fix a MacBook Pro 16" problem, so you're stuck with Apple doing any repairs. Make sure to get Apple Care, as most problems will pop-up in the first year or so.

How did iFixit rate the Repairability of the new MacBook Pro 16"?  As you can see below, the gave it a huge thumbs down with a score of 1.