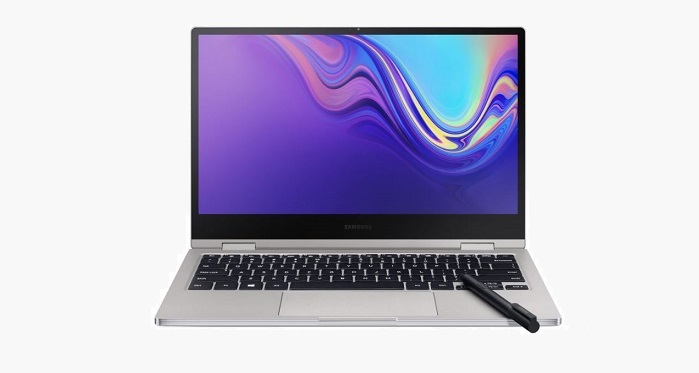 Earlier this morning Patently Apple posted a report titled "The Latest trend of Physical Buttons on a Smartphone being replaced with Touch Controls is one that Apple is likely to Adopt." In that report I mentioned that Apple had mentioned in one of the recent patent filings that touch controls can be set to more than just the outer shell of AirPods and could be used in many types of products including smartglasses, headphones, notebooks and more.

A new patent filing by Samsung earlier this month illustrates using touch controls on the lid of a notebook, just as Apple pointed out.

In Samsung's patent FIG. 7 below, they note that when a user touches the notebook cover with a finger and makes a swiping gesture, the notebook may adjust the opening angle between the display unit #110 and the main body #120 with a new kind of notebook hinge that could be programmed/set by the user. 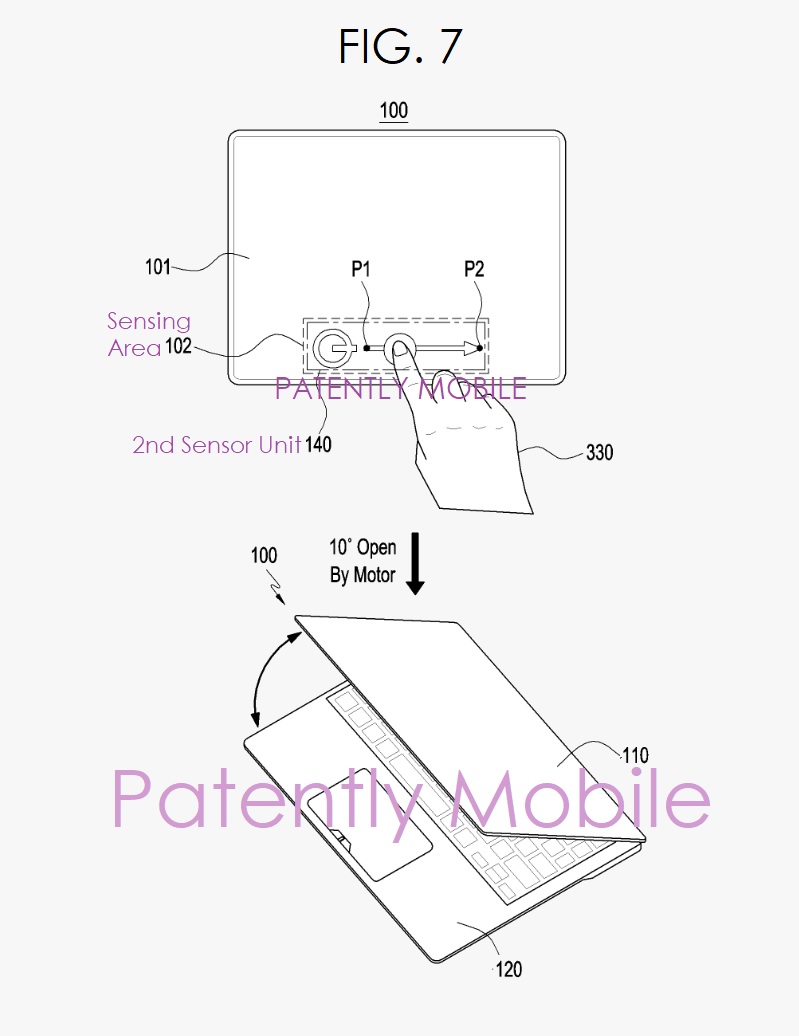 Samsung's patent further notes that corresponding to the distance of the swipe from point P1 to point P2 of patent FIG. 7 above, the opening angle between the display unit and the main body may actively be adjusted.

While Samsung's patent FIG. 7 above is about a physical approach to opening the notebook cover, it could also be a setting on the user's smartphone as noted below in patent FIG. 6.

This way when the user carries their phone or has it their pocket as they approach their notebook, the notebook cover will automatically open to the degree-setting set in their phone between 10 and 90 degrees. 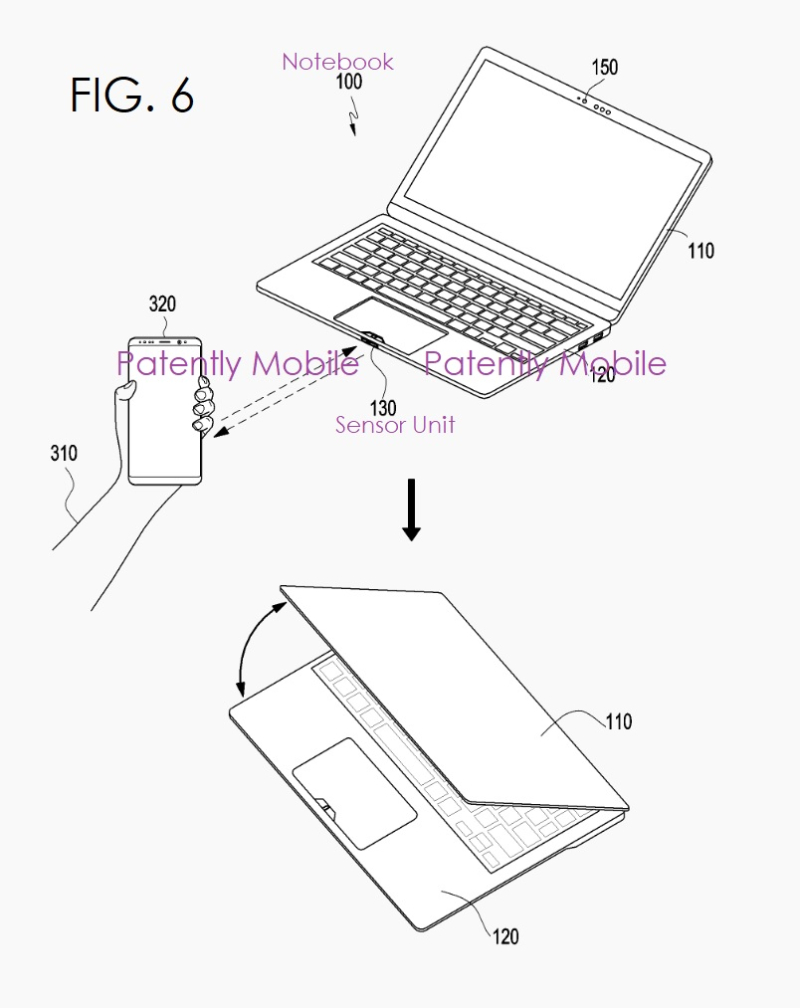 One feature that I found  humorously interesting is described as follows: "By using the notebook, the user's face may be recognized by the camera module and, when the user is determined to not be a designated user, the display unit may automatically close."  When Samsung states "display unit" in context with this patent filing, they're referring to the notebook's lid.

In another option, Samsung noted that "When the presence of the user is recognized by the camera module but the user is detected to be away from the notebook for a predetermined time, the display unit may be closed automatically.

Alternatively, the display unit of the notebook may be closed automatically after the operating system of the computer is shut down.

Lastly, the notebook hinge of patent FIG. 1 below is unique in that it's fully motorized and could be set to open in various degrees as well as automatically close when the OS shuts down for the day and more. 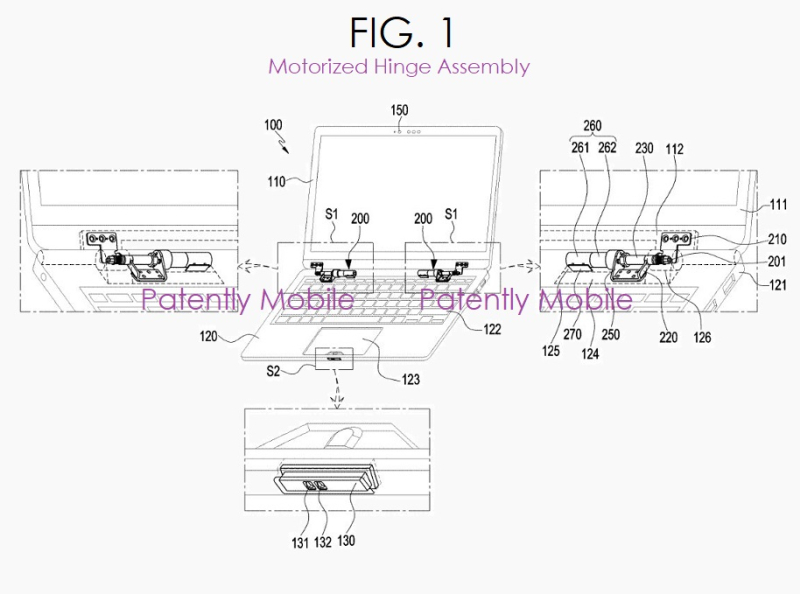 The bottom line is that touch controls will be going far beyond mere touch displays and integrated into many surfaces of many devices like notebooks in the not too distant future.