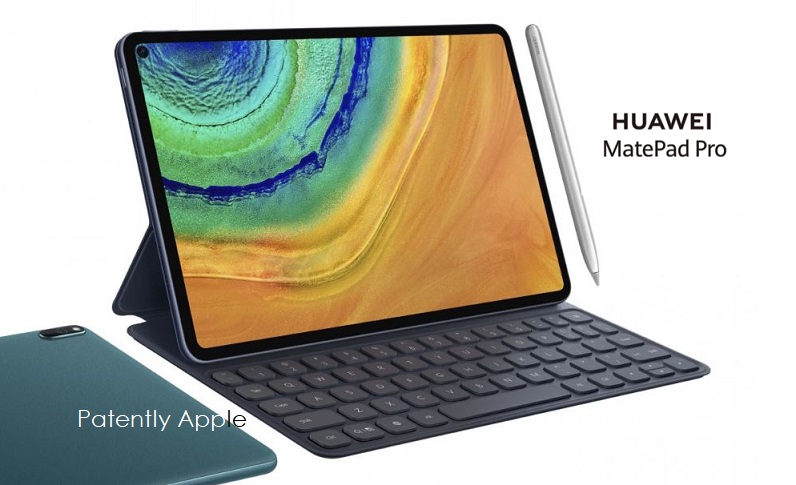 Huawei's CEO was recently seen at an airport with his iPad Pro. Earlier this year Huawei's CFO Meng Wanzhou who was detained by Canadian Officers on request by the U.S. government had her tech tools seized that included a number of Apple devices including an iPad Pro. The press has speculated how Huawei loves Apple blah-blah-blah. In reality, the Huawei executives use the iPad Pro, the leading tablet in the world, to understand how to beat it. And they did.

A report out of China today reports that "In the third quarter of this year, Huawei shipped 2.12 million tablets in China with a 37.4% market share, surpassing Apple for the first time as the country’s biggest tablet seller, according to statistics from market research firm IDC.

The Chinese IDC chart from the IDC report below shows Huawei with 37.4% market share with Apple's iPad's coming in second with 33.8% market share. 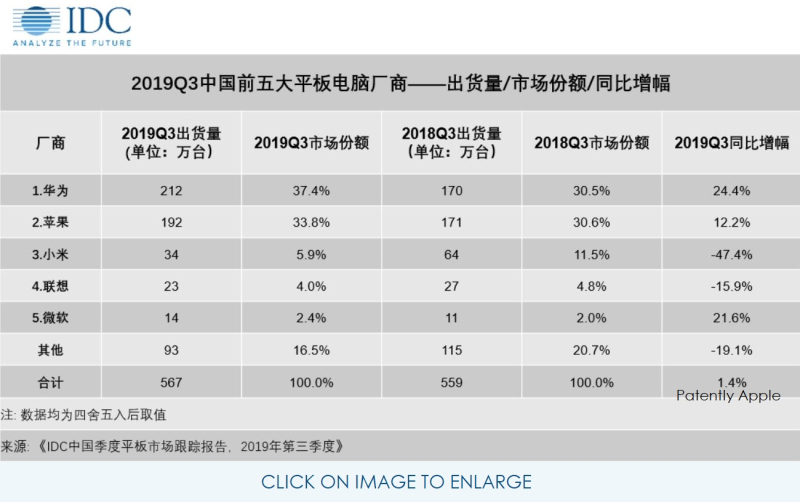 Huawei's latest tablet due to ship in early December called the MatePad Pro is an example of how they're trying to mirror the iPad Pro and remain number one over time.  If Huawei beat Apple in China with smartphones, they're bound to continue beating them in tablets.

Huawei's MatePad Pro offers a 10.8-inch display with a resolution of 2,560 x 1,600 versus Apple's 2388 x 1668.  Overall the tablet is slimmer than the iPad Pro and has a smaller bezel. Its entry unit offers 128GB of storage, 6 GB RAM, a 7,225 mAh battery with 40W supercharging as well as including wireless reverse charging like their top-end smartphones do. Apple has yet to introduce this feature on any iDevice.

Today's report from China notes that the new tablet Features Huawei’s Kirin 990 processor driven by their custom mobile operating system "EMUI 10" that is based on Android that is popular on its Chinese Honor branded smartphone devices.

Huawei's MatePad Pro is geared toward office use with a magnetic keyboard and a pressure-sensitive pen. Owners of the new MatePad Pro will receive a free 6-month subscription to WPS Office. It's an office suite not exclusive to Huawei. It's available on Linux, Windows and iOS. At present the new tablet will be restricted to China.

Below Engadget provides a nice quick overview of the new MatePad Pro tablet.