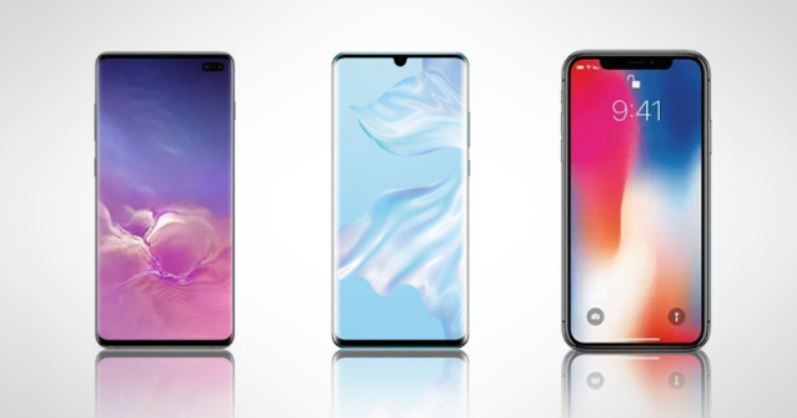 Earlier this afternoon Patently Apple posted a report titled "In Q3 iPhone Sales were Stagnant around the Globe except for Canada where Sales Leapt 17% YoY." That nice ray of sunshine was about the best Apple had in the quarter. Gartner reported today that while Samsung and Huawei continued to grow market share in Q3 with their new flagship phones coming to market early in the quarter, Xiaomi and Apple continued to decline with Apple accounting for the largest drop. That's usually the case every year as Apple fans await for Apple's new models.

Anshul Gupta, senior research director at Gartner: "For the majority of smartphone users, desire has shifted away from owning the least expensive smartphone. Today’s smartphone user is opting for mid-tier smartphones over premium-tier ones because they offer better value for the money.

In addition, while waiting for 5G network coverage to increase to more countries, smartphone users are delaying their purchase decisions until 2020."

This shift has led brands such as Samsung, Huawei, Xiaomi, OPPO and Vivo to strengthen their entry-level and midtier portfolios. This strategy helped Huawei, Samsung and OPPO grow in the third quarter of 2019.

By contrast, Apple recorded another double-digit decline in sales, year over year" as the chart below lays out. 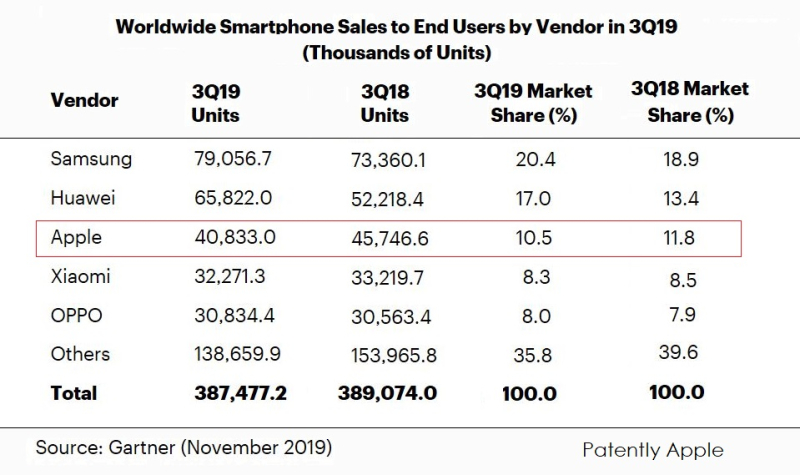 Samsung maintained the No. 1 position globally in the third quarter of 2019, by increasing its smartphone sales by 7.8%, year over year. “Samsung’s aggressive revamp of its portfolio, with a focus on mid-tier and entry-tier segments, strengthened its competitive position,” said Mr. Gupta.

Apple’s iPhone sales continued to decline in the third quarter of 2019. Apple sold 40.8 million iPhones, a year-over-year decline of 10.7%. “Although Apple continued its sales promotions and discounts in various markets, this was not enough to stimulate demand globally,” said Mr. Gupta.

“In the Greater China market sales of iPhones continued to improve," as we reported on earlier this month .

Gupta further noted that the iPhone 11, 11 Pro and 11 Pro Max saw good initial adoption, which suggests that sales may be positive," for next quarter.