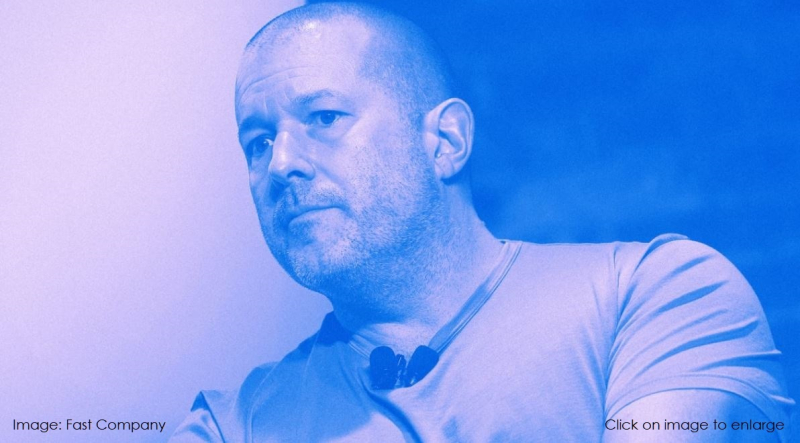 In June Patently Apple posted a report titled "Jony Ive begins his Exit from Apple, with his new Venture 'LoveFrom' Officially Kicking off in 2020." We noted at that time that it marked the end of an era at Apple, and it appears that it's now official with Apple removing Ive's photo from their Executive Profile web page. France's MacGeneration was the first to point this out earlier today.

The transition now begins with Ive's company LoveFrom that will officially launch sometime in 2020. Ive told the Financial Times in an exclusive interview that while he won't be an Apple employee, he'll definitely remain very involved, hopefully for many, many years.  "This just seems like a natural and gentle time to make this change."

It was certainly a somber day when Apple's CEO Steve Jobs passed away. Over time, Ive seemed to be drifting and doing more interviews as if he was preparing his mind for departure.

His narratives behind great Apple product releases were classic and we'll miss him for that and his special connection to Jobs that he could never reproduce with Apple's current CEO who is more of strategic and political individual.

As the saying goes, "Thanks for the memories" Jony.

When the new iPhone 11 was introduced in September, the narrative was done by Dan Riccio, SVP, Hardware Engineering. It sounded rushed and mechanically read from a script. The classic Jony Ive introductions that all of us loved will never be matched.