As Smart Fabric Products from Google begin to take off, a Microsoft Patent shows their growing interest in this Market 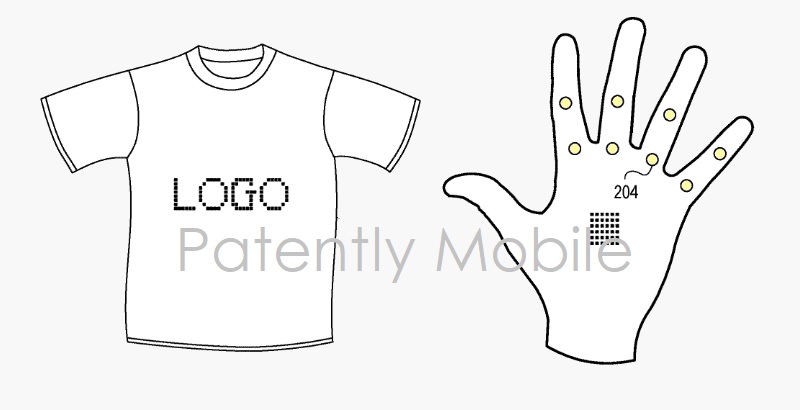 Smart Fabrics is an area of tech that most of the big brands are experimenting with it and laying down patents to protect their future products. In 2017 Patently Mobile posted a patent report titled "Google Advances their Future Smart Clothing Vision with Focus on Delivering an 'Interactive Garment'. Google was working with Levi Straus on a future smart jean jacket at the time under Project Jacquard. That would eventually lead to a jean jacket with smart fabric sleeves with built in touch controls. 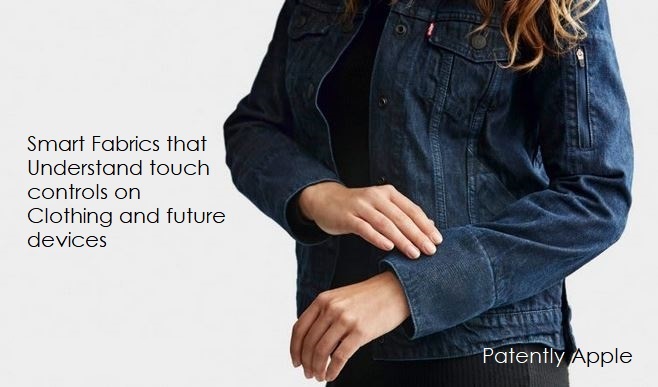 In that report we also presented one of Samsung's first smart clothing patents.

Last month it was reported by The Verge that Google's Project Jacquard is now available on new jean jackets from their partner Levi Strauss costing $198 to $248. The report also let it be known that Google worked with Yves Saint Laurent on a smart backpack strap for $880.

So there's no doubt that Google has taken the lead in commercializing smart clothing and fabrics which should in turn motivate other major Silicon Valley players to jump into this space as well.

Apple is considering smart fabrics for future Apple Watch bands and advancing their Smart Keyboard.  Yet there's so much more that Apple is working on and you could review their standing patents in our Apple Archives on Smart Fabrics and Clothing here.

Samsung has been dabbling with smart clothing as well (01 and 02) and we have a single Microsoft patent on record going back to 2015. With smart fabrics getting a little more attention in the industry these days, Microsoft is taking it a little more seriously.

Microsoft's patent FIG. 3 presented below illustrates an example weave structure of textile #102. In the depicted example, the textile structure includes a series of mutually parallel non-functional warp yarns #302, and a series of mutually parallel weft yarns #304 running transverse to the warp yarns. Either or both series may include electronically functional yarns distributed among electronically non-functional yarns. 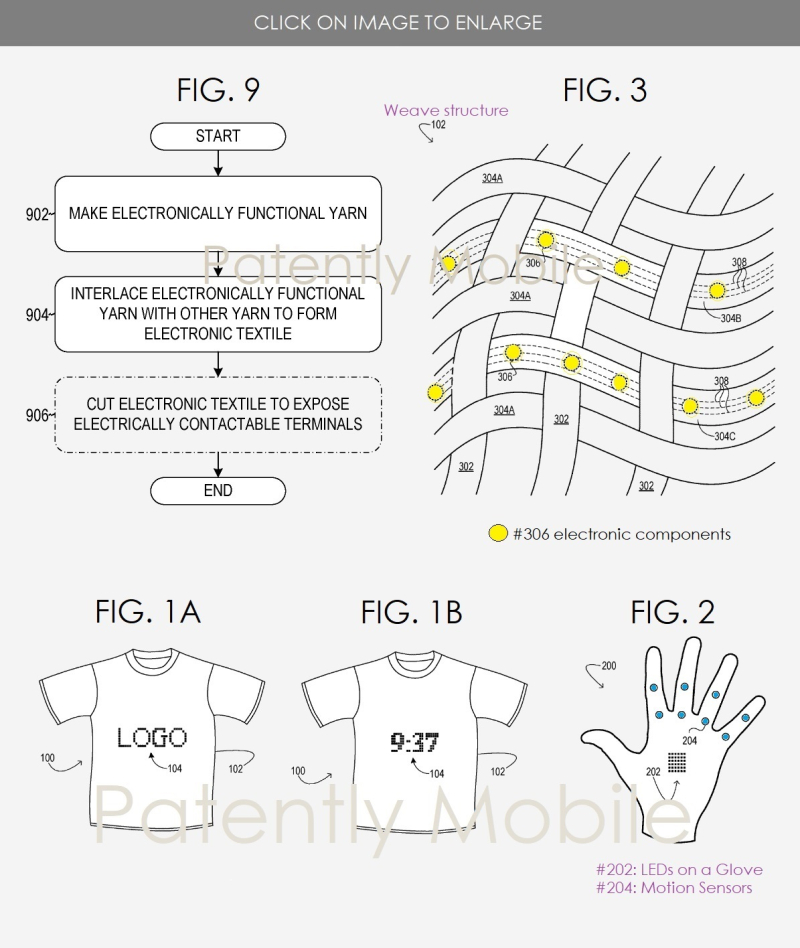 More specifically in regards to the patent figures above, Microsoft notes that although article #100 takes the form of a shirt, this invention applies equally to other electronically functional textile articles and devices, such as soft-touch computing devices comprising textile exterior surfaces, wearable computing devices (e.g. head-mounted displays, functional gloves (e.g. a glove configured as a control device and/or output device for a computing system), wrist-worn devices, upholstery for furnishings, wall hangings, signage and other information displays, and internet of things (JOT) devices."

When in context with a head-mounted display and functional gloves, Microsoft will be able to use this in connection to their HoloLens mixed reality headset for both industrial and gaming applications.

When it comes to accessories designed to specifically work with a headset, Patently Apple posted a patent application this week showing that Apple appears to be favoring smart rings to work with a future headset over smart gloves that Microsoft is promoting in their patent presented above.