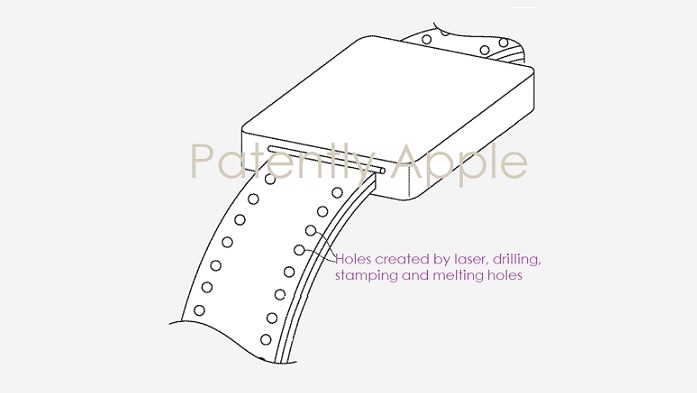 Today the US Patent & Trademark Office published a patent application from Apple that relates to items formed from automated assembly equipment and, more particularly, to items such as fabric-based items having pieces of material with holes that are stitched together using stitching equipment with adjustable-shape fixtures. This invention relates to possible future iPhone case, an Apple Watch Band and other wearable related items and products from shirts, to a headset, eyeglasses and more.

Some of the same engineers on this patent have participated in patent relating to smart fabrics for future Apple products. The team is rather large in this patent application listing 14 engineers. Apple is spending a lot of time and money in this area of fabric manufacturing for future products. This category of research is associated with Apple's wearables team.

The use of this fabric can also be associated with other future Apple products such as a MacBook, iPhone, eyeglasses or any headset, an iPad, television, vehicle, a bag, a wallet, pocket, clothing (belt, shirt, pants shoes). 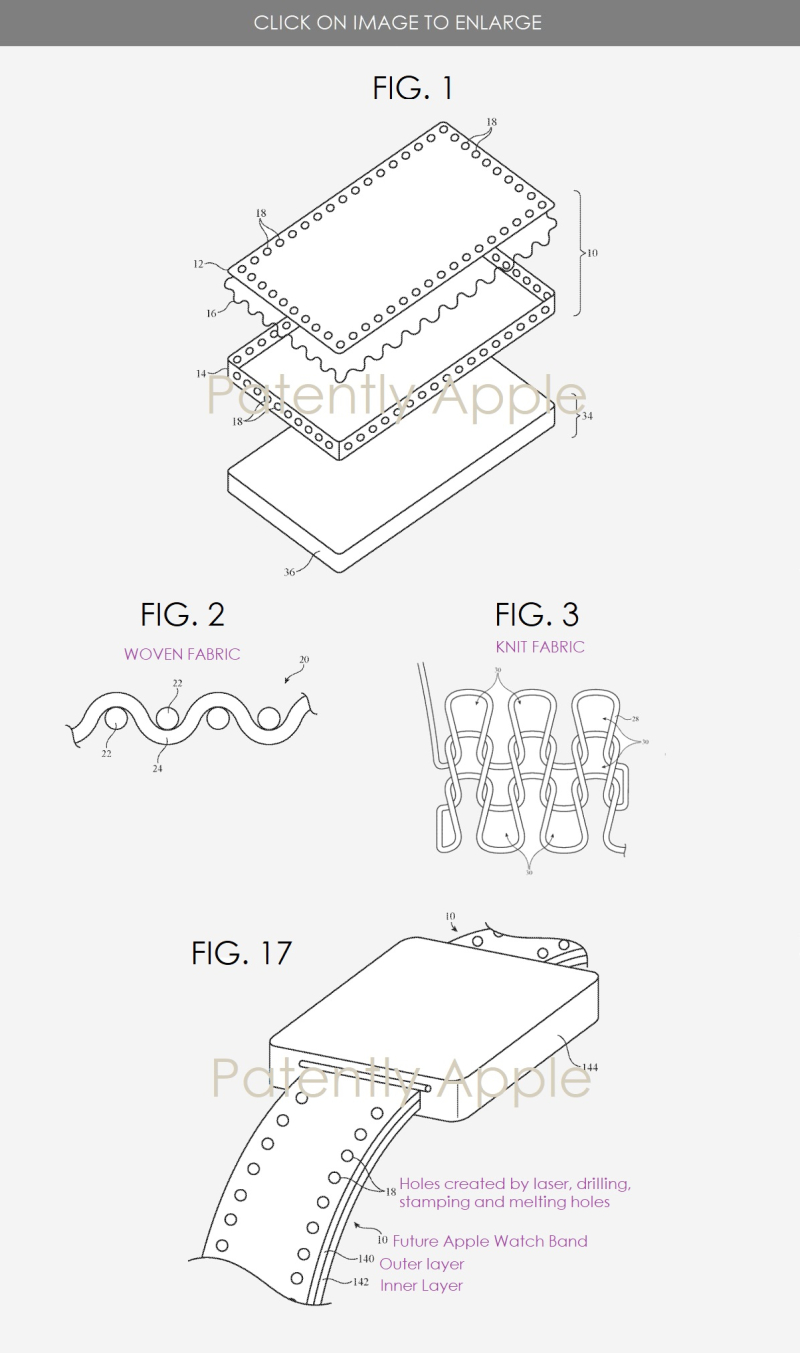 Apple's patent FIG. 17 above is a perspective view of an illustrative watch having a band with multiple layers of material of the type that may be joined using equipment of the type shown in FIG. 5 below. 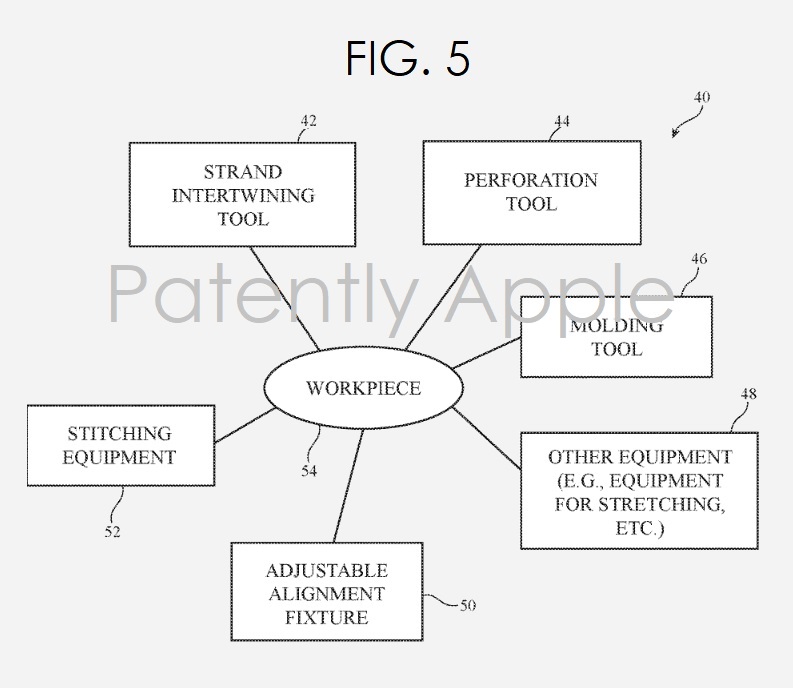 Apple's patent FIG. 5 above is a system diagram of an illustrative system with equipment for forming items with holes linked by stitches.

Apple's patent application 20190344536 that was published today by the U.S. Patent Office was filed back in Q1 2019 with some work being done in 2018. Considering that this is a patent application, the timing of such a product to market is unknown at this time.

Some of Apple's Inventors on this Patent