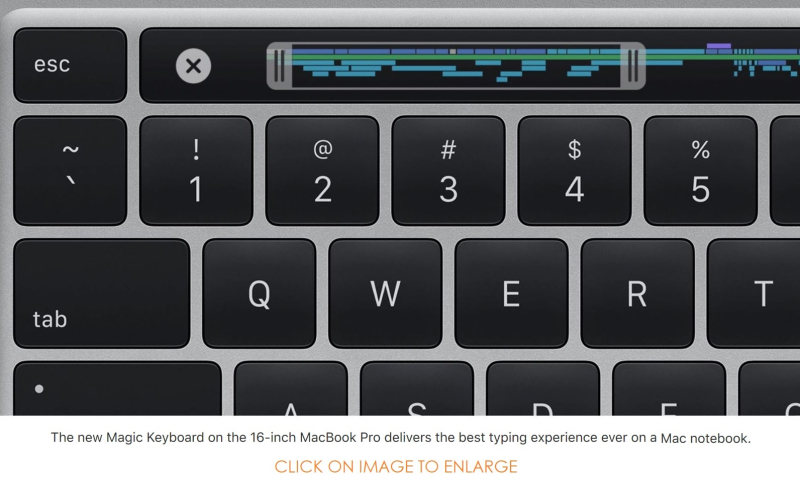 Back in March, Unbox Therapy's Lewis Hilsenteger, a long time MacBook Fan, finally dumped his MacBook Air over the problems he had with the butterfly keyboard. Without a doubt, the butterfly keyboard has been hated by many in the Mac Community, especially pros using their devices all day pounding away on their keyboards.

Today Apple announced that the new 16" MacBook Pro and it now comes with the new Magic Keyboard which features a refined scissor mechanism with 1 mm travel for a responsive, comfortable, and quiet typing experience.

You'd think that Apple would want all MacBook fans to get their hands on the new Magic Keyboard on the next-gen MacBook Air, but Apple's Phil Schiller reveals that's unlikely to happen.

For now, the Magic Keyboard will be limited to the MacBook Pro as the third generation butterfly keyboard is perfectly fine after working out some issues. More importantly, Apple's marketing chief Phil Schiller revealed that adapting  the new Magic Keyboard to a thinner MacBook design is a very difficult project, suggesting it's unlikely to land on thinner MacBooks in the future shy of a breakthrough.

Phil Schiller told CNET's Roger Cheng in an interview posted today that "a few years back, we decided that while we were advancing the butterfly keyboard, we would also -- specifically for our pro customer -- go back and really talk to many pro customers about what they most want in a keyboard and did a bunch of research."

Schiller added that "As we started to investigate specifically what pro users most wanted, a lot of times they would say, "I want something like this Magic Keyboard, I love that keyboard." And so the team has been working on this idea of taking that core technology and adapting it to the notebook, which is a different implementation than the desktop keyboard, and that's what we've come up with [for] this new keyboard."

Apple will continue to  work on both keyboard designs going forward.

The CNET report continues a bit on the new Magic Keyboard for the MacBook Pro and then delves in the iPad Pro, the MacBook vs Chromebook in schools and more. To learn more, review the full CNET report.

Lastly Cheng asked Schiller about a possible merged product between an iPad Pro and a MacBook. Apple continues to want to make consumers buy one or the other. Schiller says firmly that they have no interest in doing that " Because then you get this in-between thing, and in-between things are never as good as the individual things themselves.

We believe the best personal computer is a Mac, and we want to keep going down that path. And we think the best tablet computing device is an iPad, and we'll go down that path." No matter how the questions were asked, a merged product was definitely not on Apple's roadmap (well, at least publicly).

The iPad Pro has a partial keyboard solution that forces users to touch the screen at times, so it's kind of a hypocritical thing to say that the two ideas don't mix. And Apple accessory makers continue to add a trackpad to their iPad Pro keyboards because users want it, contrary to Schiller's views on the matter.

Microsoft's Surface Book that features a detachable display from the keyboard has had sporadic problems, no doubt. Yet once they finally iron them out, it will be a properly mixed product saving casual customers money by not having to purchase two devices. That's the better solution for many customers around the globe regardless of the view of corporate Apple.