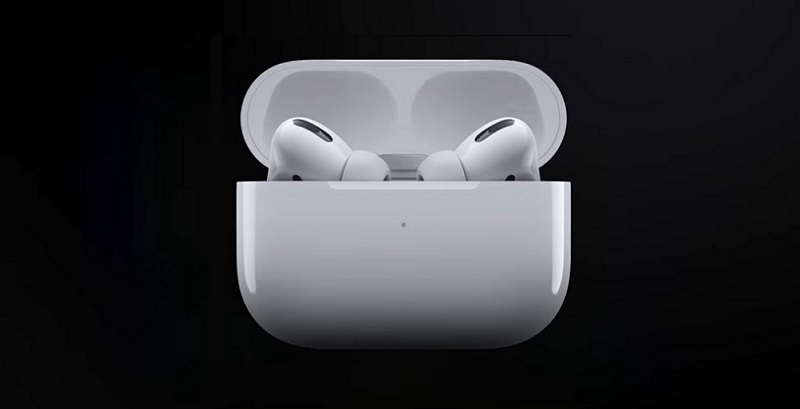 To start the week, Patently Apple posted a report titled "Apple AirPods + Powerbeats Pro is Keeping Apple in the Hearables Market Leadership with over 50% Market Share." As of Q3, Apple + Beats accounted for 50% or more market share. To end the week, the news is that Apple's AirPods are expected to double to 60 million units by the end of the Holiday Quarter.

According to Bloomberg, "Shipments of Apple Inc.’s popular AirPods wireless earphones are expected to double to 60 million units in 2019, according to people familiar with the Cupertino-based company’s production plans. This has been driven in part by 'much higher' than expected demand for the pricier AirPods Pro model unveiled in October.

The $249 AirPods Pro -- which offer noise cancellation and water resistance -- have surpassed expectations and demand for them is pushing Apple’s assembly partners against capacity and technical constraints, a person familiar with the matter said.

I personally purchased a set for my wife's birthday this week and there were only two sets available at the Apple Store. I grabbed one immediately and the chap behind me picked up the last set in the store.

Considering that Apple launched AirPods Pro on October 30th, it's amazing to see such high demand for them prior to holiday sales really kicking in. At this pace, Black Friday is bound to push Apple's new AirPods Pro into record breaking heights for an AirPods product.

With such high demand, we learned yesterday that Microsoft's Surface Earbuds that were due to ship in time for the holidays will now go back to the drawing board and come to market sometime in "the spring" of 2020, according to Microsoft's Panos Panay.

Product-making is about the relentless pursuit to get all the details right, which takes time…sometimes more than we planned on. To ensure we deliver the best possible experience for you, our fans & customers, Surface Earbuds will now launch worldwide in Spring 2020 #Surface

At the end of the day, Bloomberg's report concludes by noting that "Total shipments of the AirPods Pro for the year will be determined by how well and how quickly the assemblers overcome the production challenges they currently face. If the overall AirPods range hits 60 million units in 2019 as is now expected, Apple should retain its 50% share of the true wireless market, which Counterpoint expects to surpass 120 million shipments for the year."