The U.S. Patent and Trademark Office granted Apple 61 newly granted patents today. In our final granted report of the day we cover two patents. One relates to a pro version of Apple's future over-the-ear headphones that are long overdue.  The second patent covers Apple's virtual ruler. Apple was also granted a series of design patents covering iPhone X and iPhone SE and more. Lastly, we wrap up this week's granted patent report with our traditional listing of the remaining granted patents that were issued to Apple today. 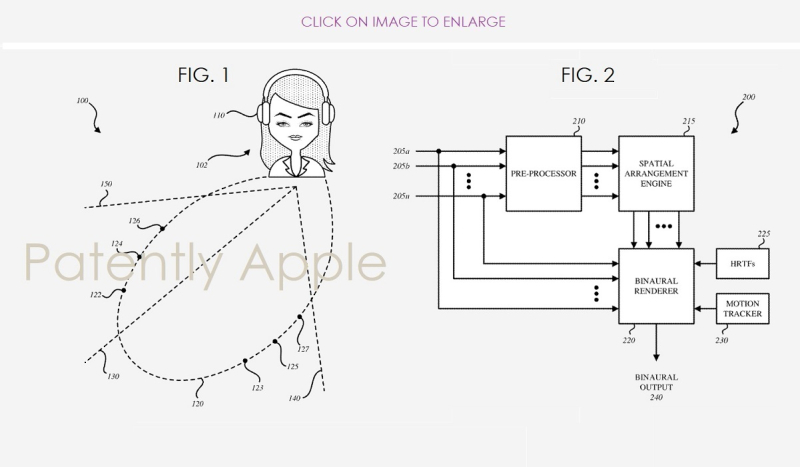 You'll notice an oval shape in FIG. 1 that represents an oval conference table. The headphone system can pick up where people are sitting at the table (such as #123, 125 and 127) and set the audio accordingly to sound exactly what it would be like if you were a real-world conference table.

You could review our original report for a quick overview here or review the granted patent in its entirety here.

In December 2016 Patently Apple covered a patent application in a report titled "Apple Invents a Virtual Ruler Tool for Future iWork Apps like Keynote, Pages, Numbers and Beyond."

Apple's patent FIG. 5N below illustrates snapping of a line drawn against an edge of a virtual drawing aid (e.g., edge #528 of straight-edge ruler #524) to a nearest snap location in response to braking motion at the end of a line-drawing gesture that drew the line; FIG. 10 is an overview of the processing unit that controls virtual ruler to act as physical ruler. 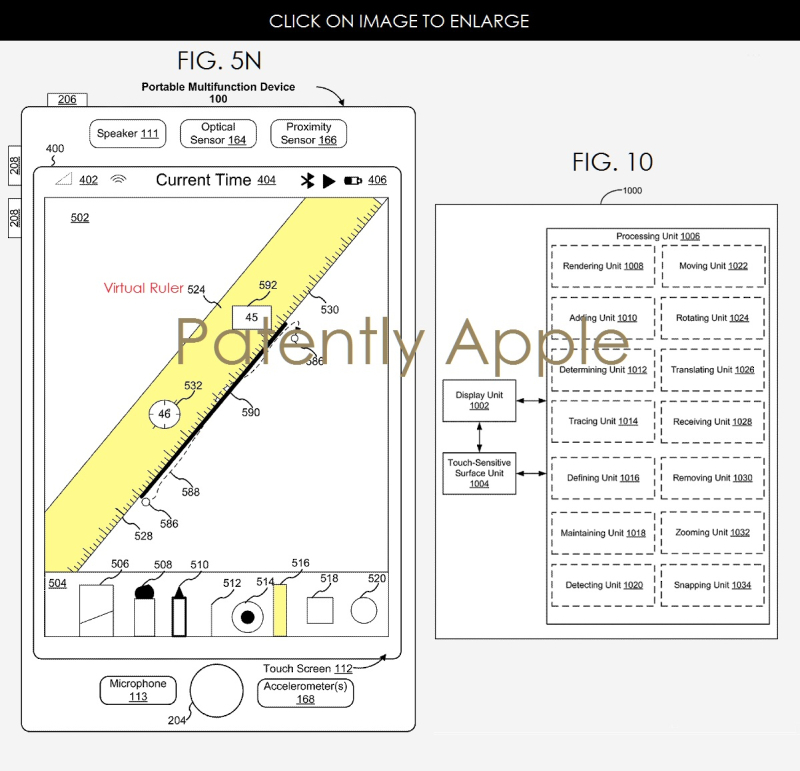 So what's different about this second granted patent? As always, a continuation patent spells out any updates to the original patent in its patent claims section. The one aspect that dramatically changes is Apple emphasis on "Fill Gestures." This isn't listed in their last set of patent claims and mentioned no less than 38 times in this latest granted patent. You could review the context of Fill Gestures in the patent claims here.

Today some of the key design patents issued to Apple today include the iPhone X and an adapter as presented in the first set of patent figures below. 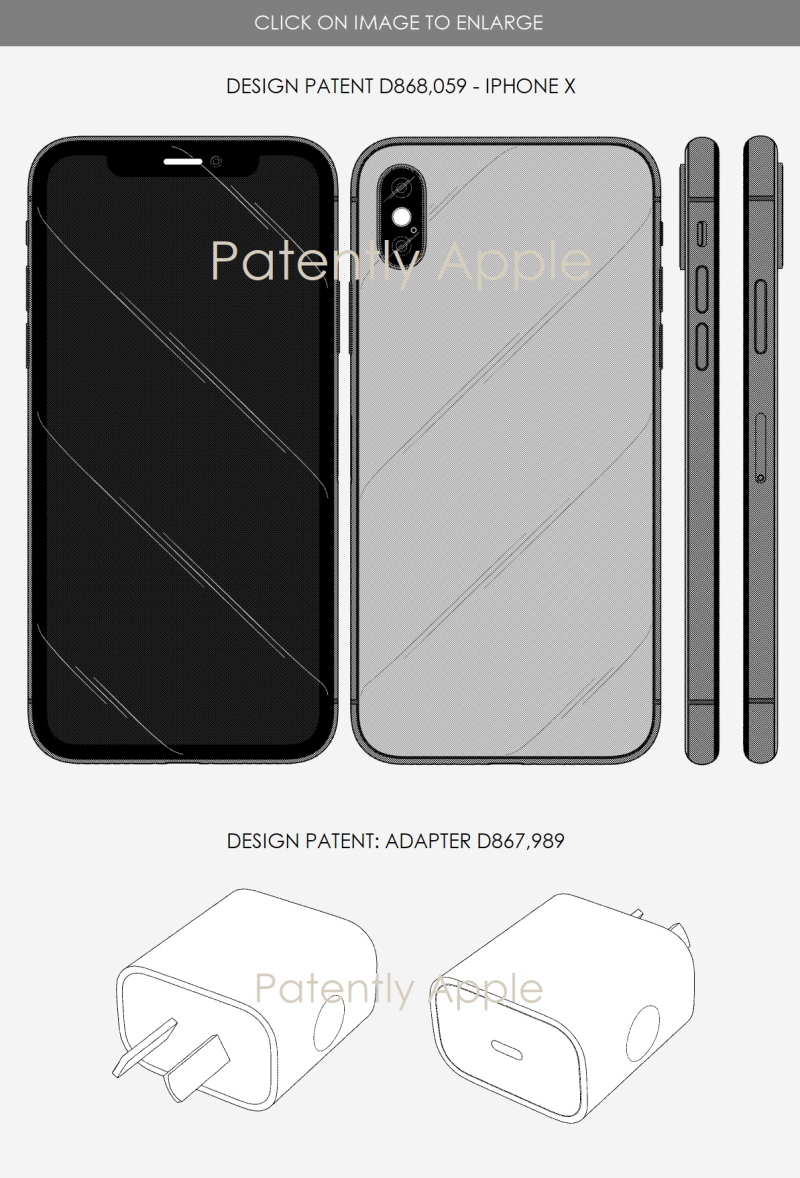 Considering that there's a persistent rumor of an iPhone SE2 coming to market in the first half of 2020, the timing of winning a design patent for this classic oldie is interesting. 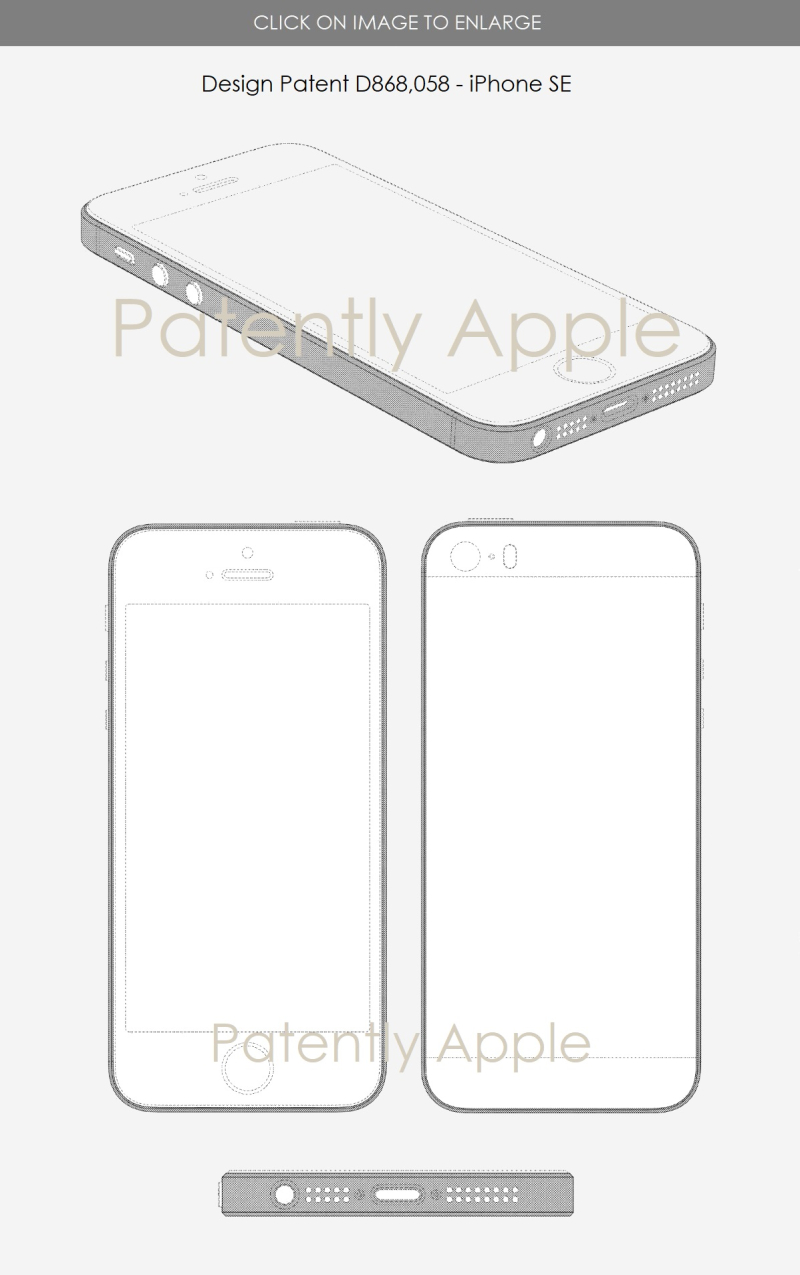 Lastly, a simpler line-art version of the iPhone X emphasizing the backside camera was also granted a design patent under number D868,060 (not shown). 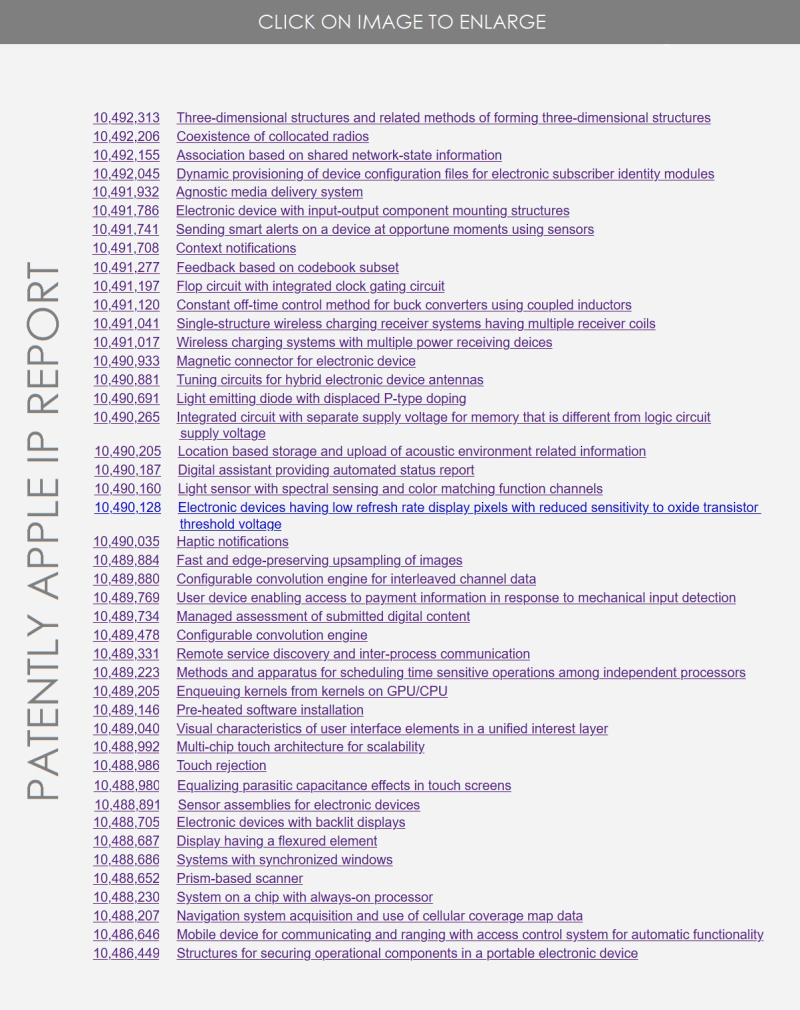