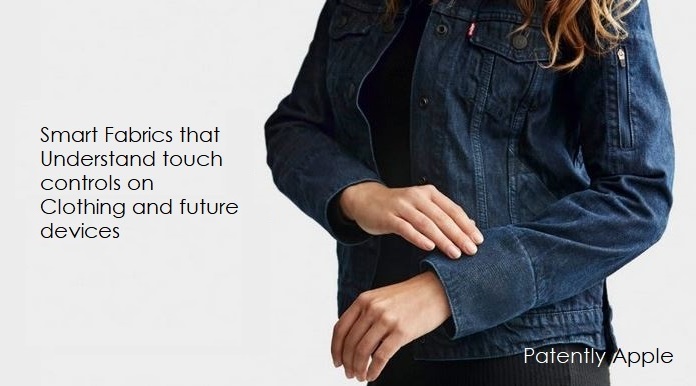 The U.S. Patent and Trademark Office granted Apple 59 newly granted patents today. Our final granted report covers two reports. The first covers a major Project Titan invention describing a next-gen in-vehicle lighting system that will work throughout the vehicle from seats to the dashboard, windshield and more. The second patent covers smart fabrics for devices and future clothing including jackets, headbands, pants, shirts and more. We wrap up this week's granted patent report with our traditional listing of the remaining granted patents that were issued to Apple today.

Apple was granted patent #10,464,476 today that relates to Project Titan. In some ways it relates to smart fabrics in combination with a lighting system that may be integrated into a fabric seat, door panel, dashboard, or other interior portions of a system such as a vehicle. 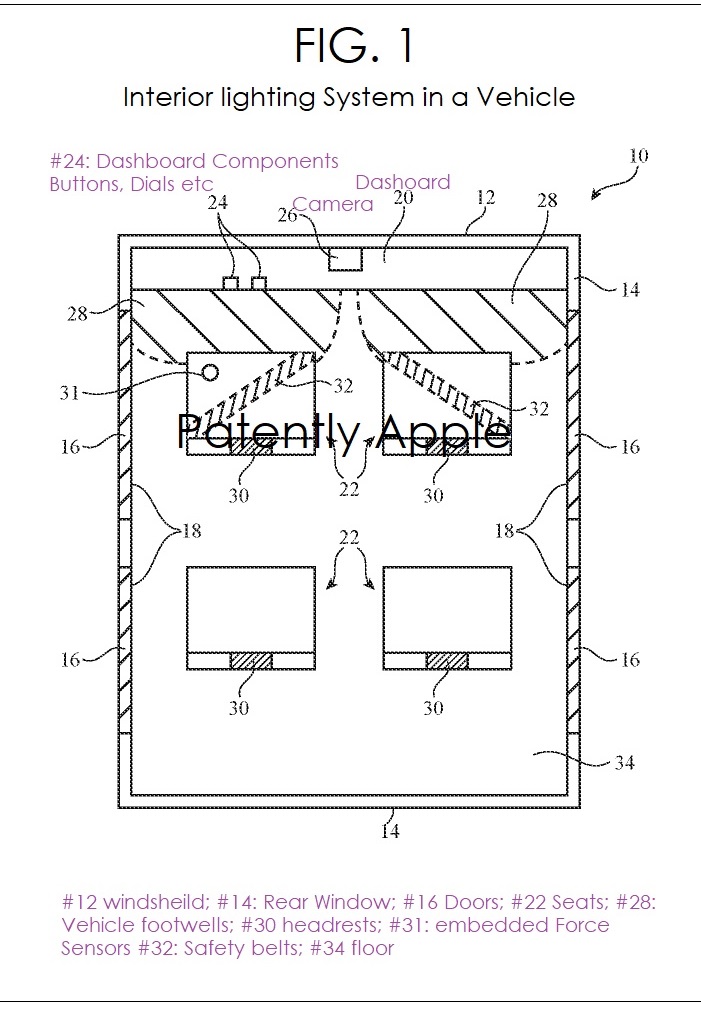 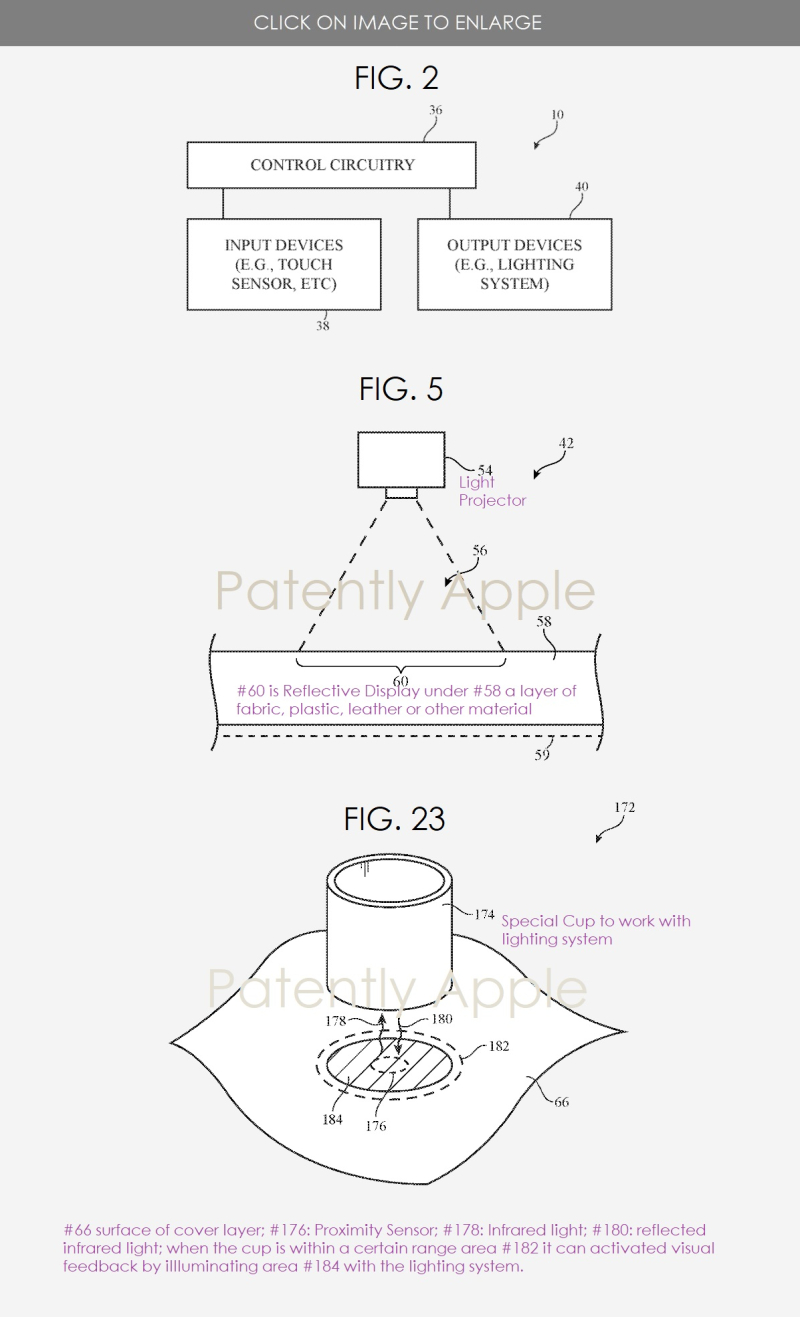 When driving at night, most of the time trying to put a cup of coffee back in it's proper place is a hit and miss experience. with a next-gen lighting system, as I go to place my coffee down, a landing site for my mug will light up. It sounds like a very cool idea for night driving. 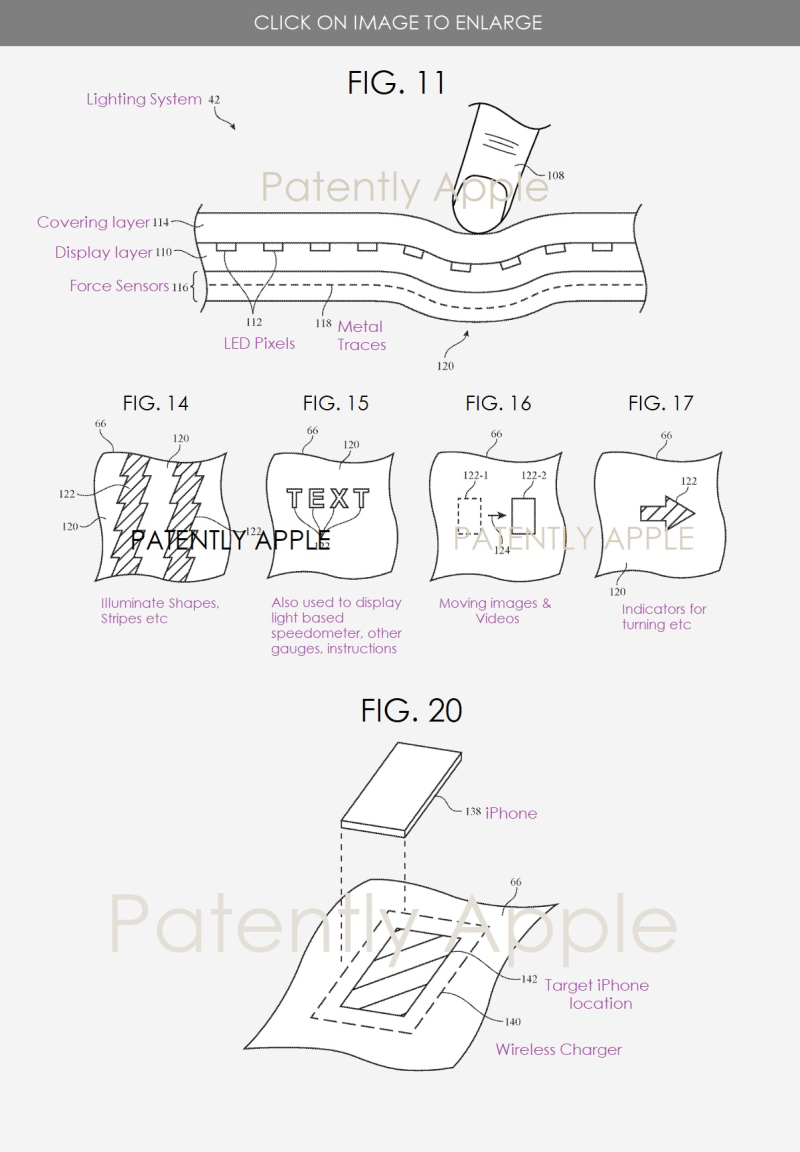 Apple's granted patent was filed in Q3 2016 and published today by the U.S. Patent and Trademark Office.

Sometimes finding Apple's patent claim changes are difficult. In today's granted patent 10,465,314 there were two claims that stood out.

The first additional claim is #20 where Apple adds "wherein the touch sensor is configured to obtain grip detection information."

The second additional patent claim of interest was #17 stating that "The fabric-based item defined in claim 6, further comprising: an optical proximity sensor that operates through the fabric layer using the light-emitting component and a light detector.

A few of the patent figures for this invention include those below. 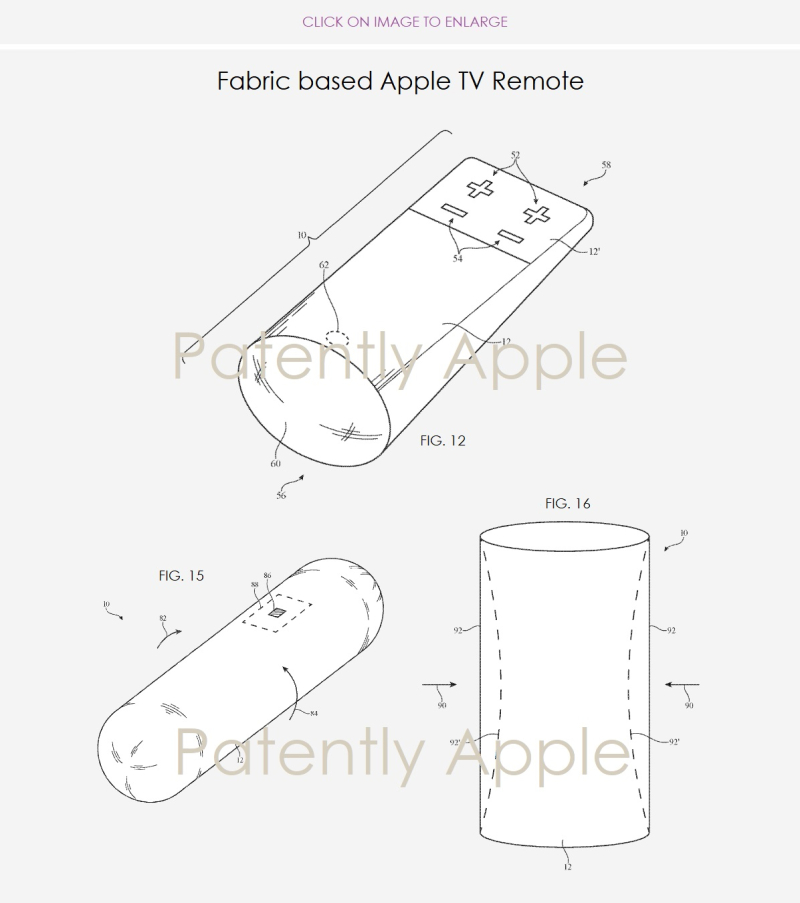 Coincidentally Patently Apple posted a report on Saturday titled "As Smart Fabric Products from Google begin to take off, a Microsoft Patent shows their growing interest in this Market." Smart fabrics patents are not popping up quite frequently. A sign that tech companies are pushing their R&D in this new area of future products. 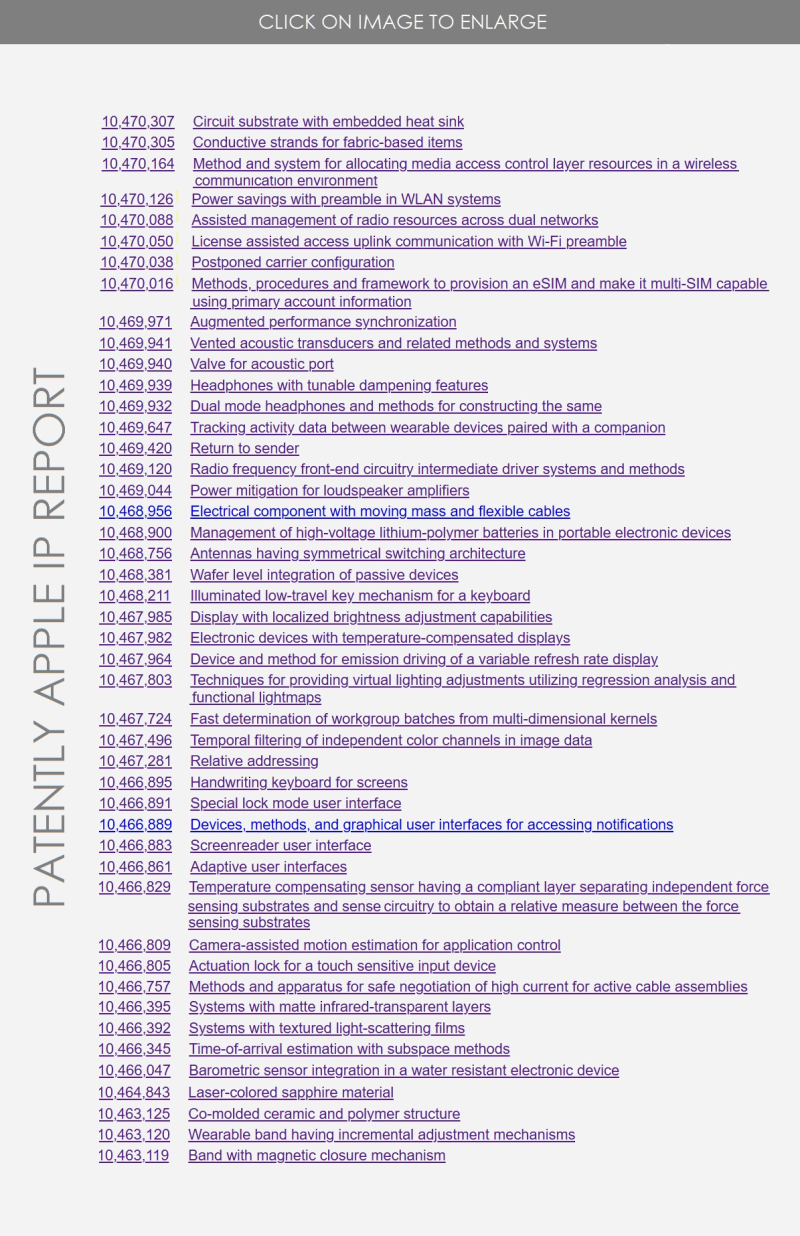