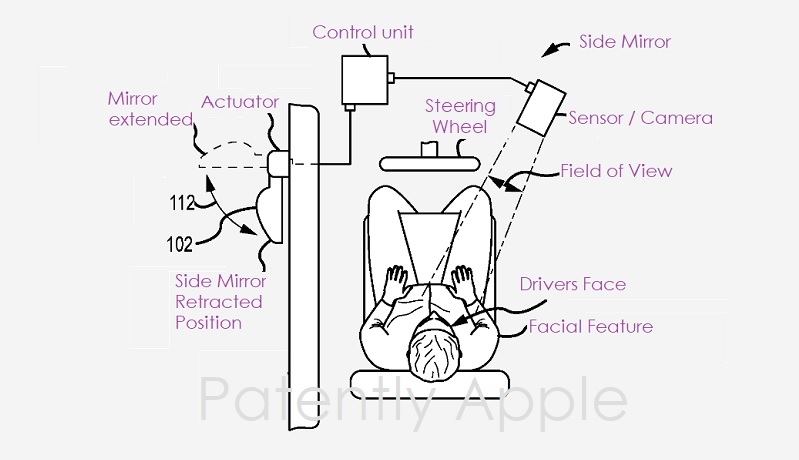 The U.S. Patent and Trademark Office officially published a series of 61 newly granted patents for Apple Inc. today. In this particular report we cover Apple's Project Titan related patent titled "Systems for improving side-mirror functionality of a vehicle." The invention covers both driver and autonomous driving modes and side mirrors that could project images of the surrounding driving environment either on a side window or windshield. The advanced system is designed to also read important movements of the drivers face to know when to have the mirror in retracted or extended modes.

Apple's patent wasn't made public before and so we're treating this as a new patent in that the report is longer with more details.

Apple's invention that relates to Project Titan takes the traditional side mirror of vehicles and takes it to the next level by providing the side mirror that will provide future drivers with an adjustable profile.

A sensor is coupled to the vehicle, and oriented to capture a facial feature of a driver. A control unit is in communication with the actuator and the sensor. The mirror is configured to be in the retracted position when the facial feature is not oriented towards the mirror.

The actuator is configured to move the mirror into the extended position when the sensor, during operation of the vehicle, captures the facial feature oriented towards the mirror.

In an additional aspect, the systems involve a display system for integrating side-mirror functionality into a display image. The display system includes a sensor (e.g., a camera) having a field of view and capability for imaging at least visible light.

Apple's patent FIG. 1 below is a schematic view of a side mirror with an adjustable profile. 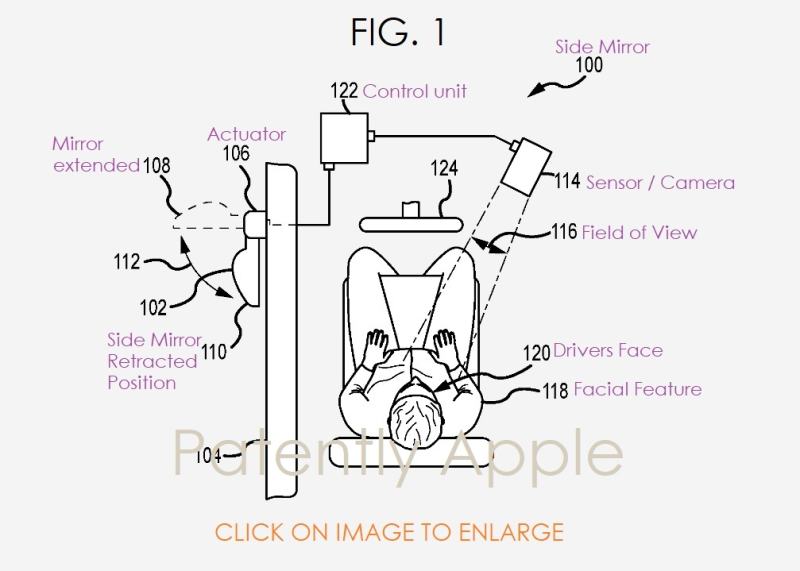 Apple notes that in some embodiments, the control unit (#122 above) signals the actuator (#106) to move the mirror (#102) into the extended position (#108) when the vehicle changes lanes. In these embodiments, the vehicle may be functioning in autonomous mode, i.e., an occupant is in the vehicle but not actively controlling or driving the vehicle. In autonomous mode, such signaling by the control unit may be conducted in anticipation of a lane change, a turn, brake, or other change.

In some embodiments, the side mirror additionally includes a proximity sensor coupled to the vehicle and positioned thereon to detect objects proximate to the side of the vehicle and/or proximate to a side-rear of the vehicle. Such objects could include other vehicles, pedestrians, cyclists, signposts, parking meters, and fire hydrants. Other objects are possible.

In further embodiments, the proximity sensor is selected from a group consisting of an ultrasonic sensor, a radar sensor, a LIDAR sensor, or other suitable sensor. 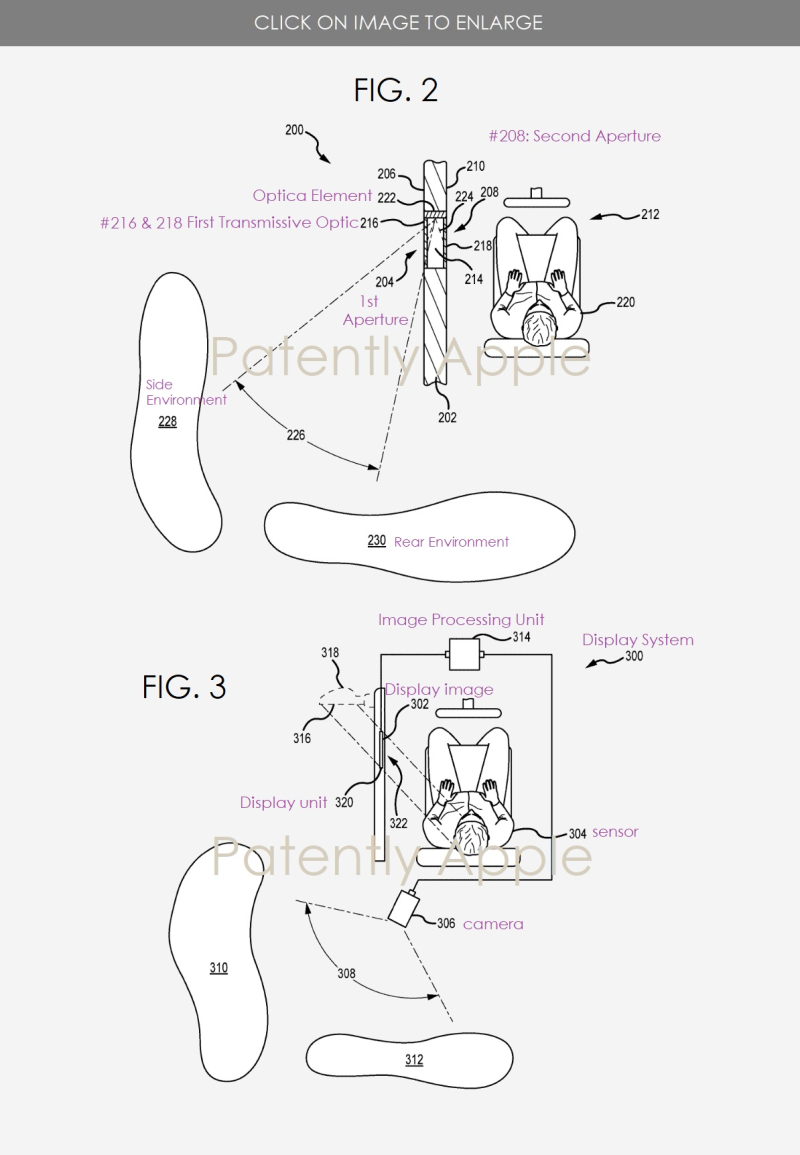 In a further non-limiting example, the heads-up display projects the display image onto the driver's side window and/or a front window of the vehicle.

Apple's granted patent 10,486,600 was originally filed in Q3 2016 and published today by the US Patent and Trademark Office.

Matthew Last: Worked at Apple as an Engineering Manager and Senior Silicon Sensing Engineer and is currently working at Waymo as a Hardware Engineer.