The U.S. Patent and Trademark Office officially published a series of 50 newly granted patents for Apple Inc. today. In this particular report we cover Apple's patent for a series of possible future iPad form factors. Although it would seem like the designs are for an accessory, it's Apple's first patent claim that shows the iPad comes with a peripheral housing. Specifically Apple's patent claim #1 states: "A computing device, comprising a peripheral housing defining a through-aperture and an internal housing volume." The form factors support a 2-in-1 form factor, like a next-gen iPad Pro with built-in smart keyboard and so forth. In many ways it looks like an iPad snapped into an accessory. How Apple introduces it is another matter.

Peripheral Housing of an iPad

Apple's patent FIG. 1A below shows a perspective view of a computing device; FIG. 1B shows a perspective view of multiple computing devices. two or more devices #100 can include components that allow the devices to communicate with each other, for example, via electromagnetic waves or wireless protocols such as Wi-Fi, Bluetooth, ultra-wideband, and the like. Apple's patent Figures below show a variety of design form factors. In patent FIG. 14b, Apple notes that the keyboard is a virtual keyboard, described as "a projected image of a keyboard. The keyboard can also detect gestures such as a swipe, pinch, finger movements and more. 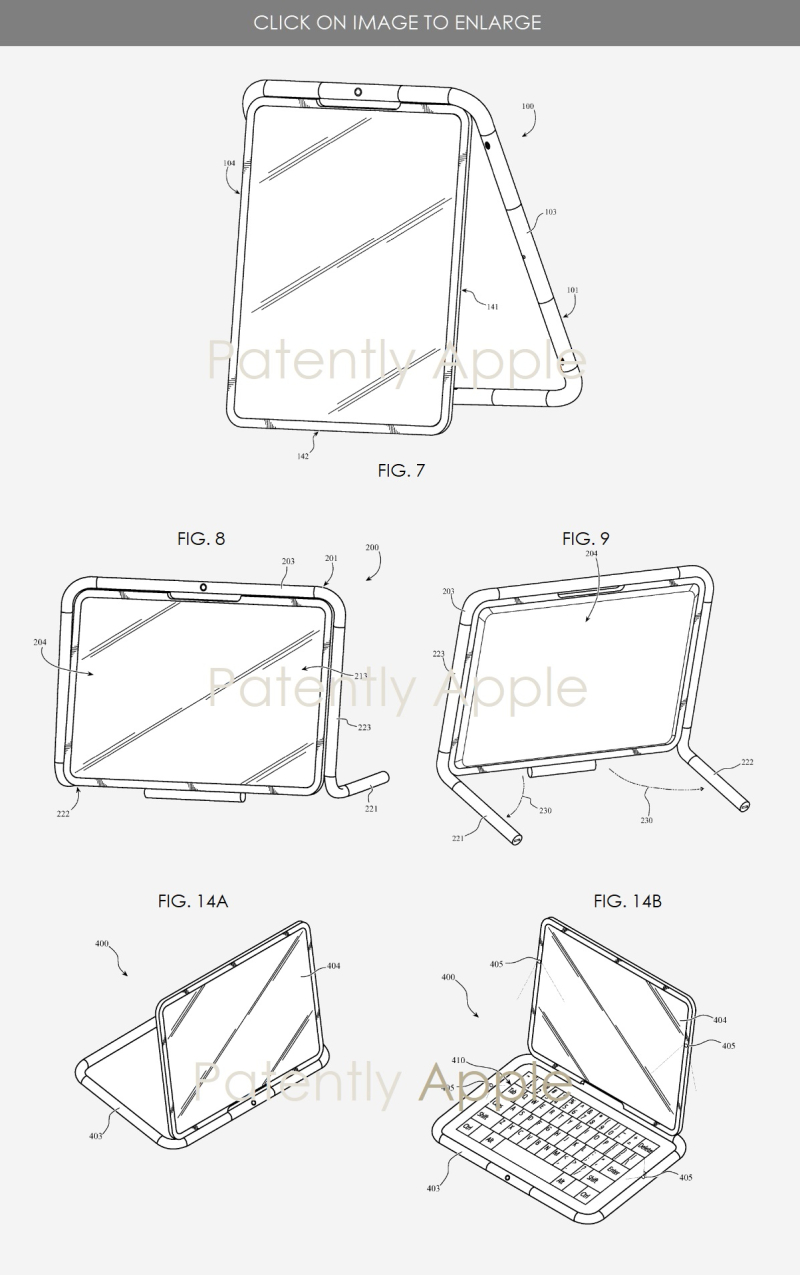 In the next round of Apple patent figures we see in that the frame can be detached at specific areas to act as a stand; FIG. 16 shows how Apple Pencil is built into the periphery of the iPad. 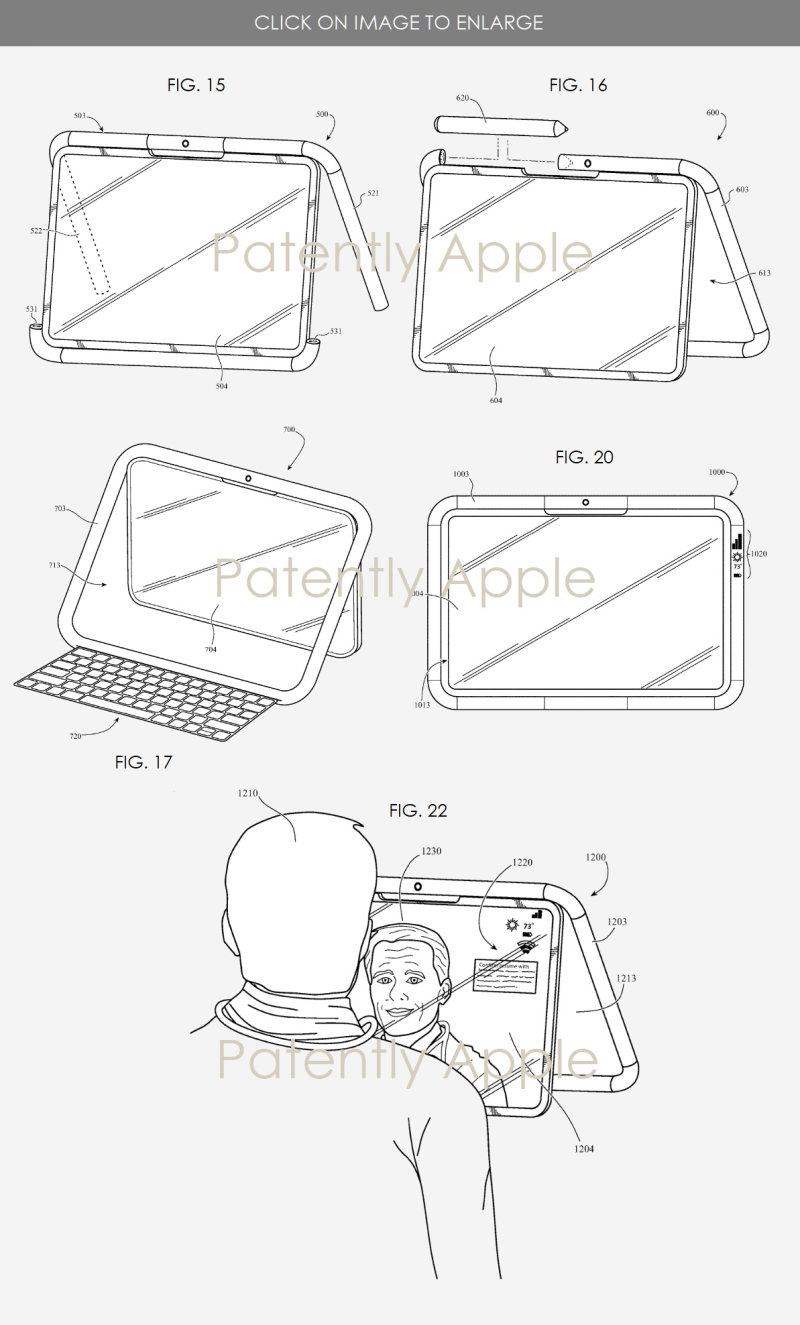 In patent figure 17 above Apple notes that "a keyboard or other component configured to receive input from a user. In the example depicted in FIG. 17, the keyboard can be a flexible keyboard and can be retracted or rolled up entirely within the constant cross-sectional area defined by the peripheral housing 703, when not in use.

In patent FIG. 20 above we're able to see the right side bezel/frame #1003 can also include a portion #1020 other than the display #1004 that can provide visual content or information to a user.

Lastly in Patent FIG. 22 Apple describes the user being able to turn the display into a full mirror and is Face ID ready.

As always, Apple doesn't limit these form factors to an iPad and points out the device could also be a mini computer, a GPS unit, media player, PDA or more. Of course the patent figures with Apple Pencil built-in or a keyboard would strongly suggest an iPad or iPhone (long shot).