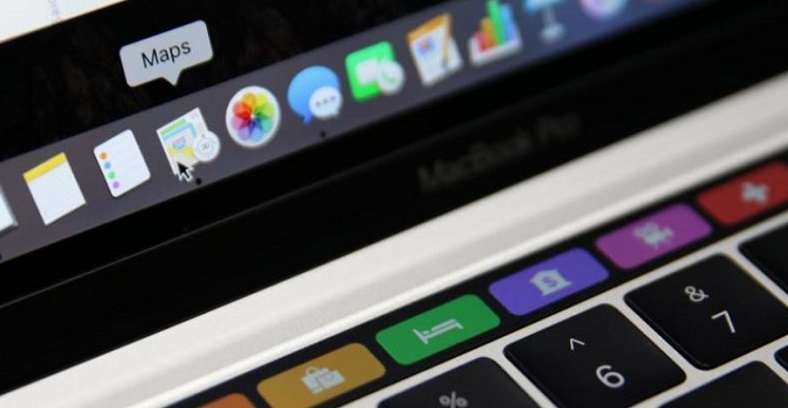 Today Apple was granted a "continuation patent" for this invention deadly focused on delivering a MacBook Pro-Like Touch Bar for the iPad Pro's Smart Keyboard Folio, according to its revised patent claims starting with claim #1 as presented below. 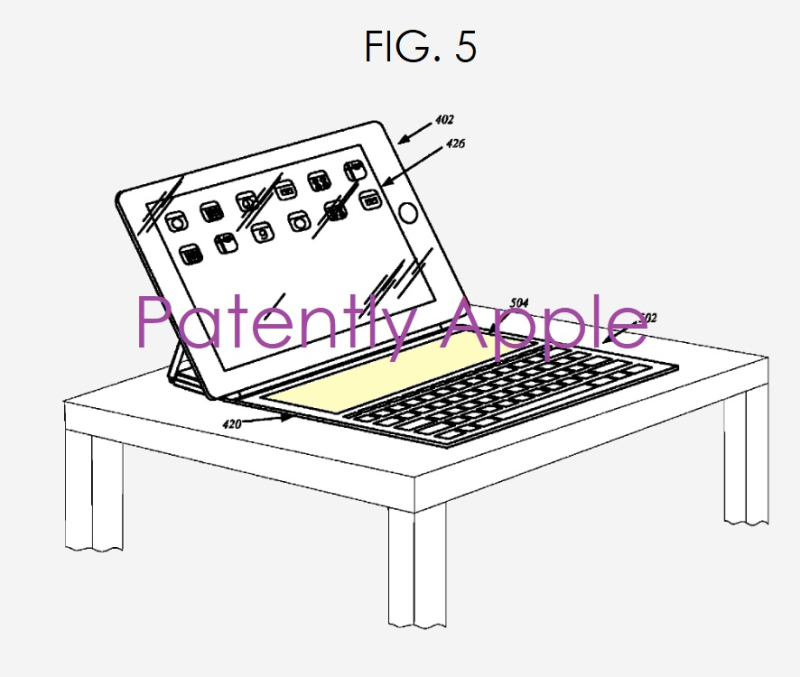 Apple's patent FIG. 5 above illustrates a perspective view of a tablet device with a keyboard and touch screen integrated into the flap portion. Whether Apple will refine the Touch Bar for their Smart Keyboard Folio to match the thin bar design found on the MacBook Pro or expand it as the original patent presents it is unknown at this time.

Apple's granted patent 10,488,883 was published today by the US Patent and Trademark Office. Fletcher Rothkopf is 13 year veteran that is noted as the sole inventor. Rothkopf is Apple's Senior Director of Product Design, Technology Development Group.