In October 2016 Apple filed their first patent application for wrist gestures on a future Apple Watch with a camera. Then in July of this year we posted a report covering Apple's second patent on this technology titled "One Apple Watch Team Project is Advancing Motion and Gesture Input." Today Apple was granted a patent for their second Apple Watch invention on Apple Watch gestures, a mere four months after being filed. 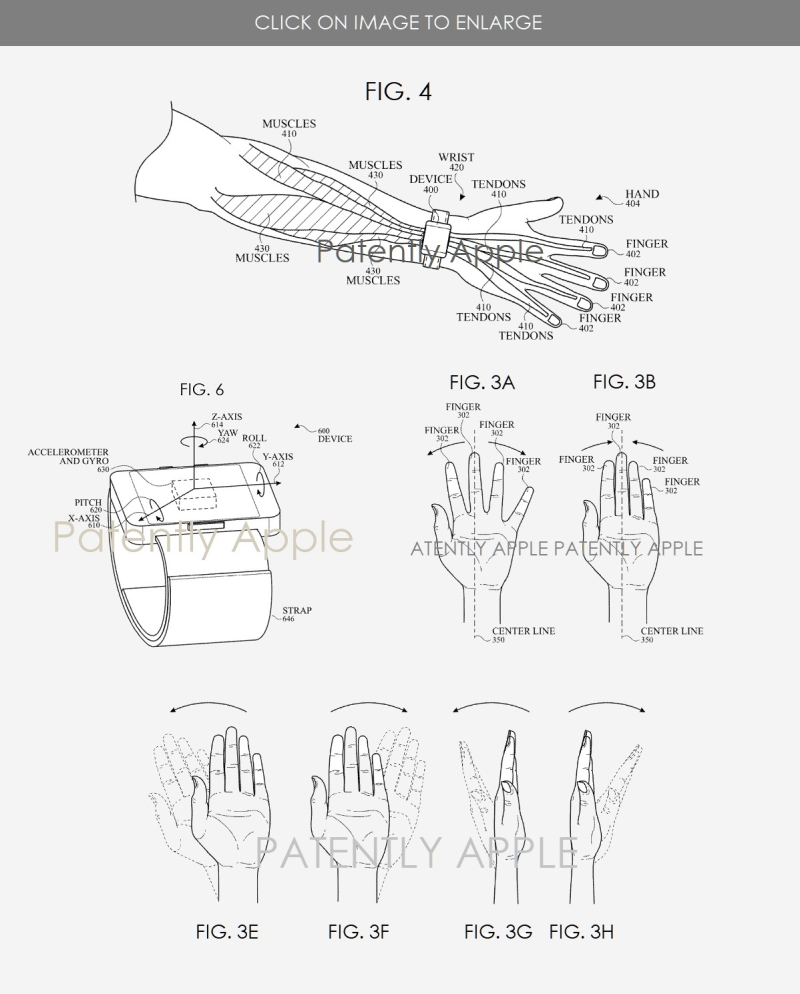 To learn more about granted patent 10,488,936 that was issued today by the U.S. Patent Office you can review our original report posted in July for details and more patent figures.