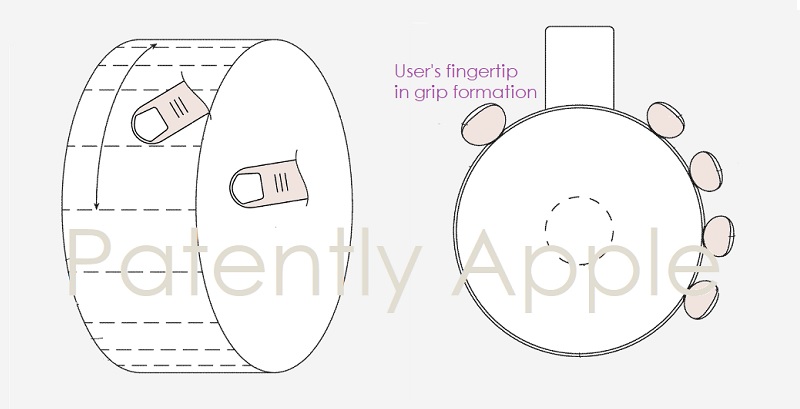 The U.S. Patent and Trademark Office officially published a series of 52 newly granted patents for Apple Inc. today. In this particular report we cover Apple's patent relating to over-the-earphones that have fabric ear cups with built-in sensors to control aspects of the headphones.

Based on knowledge of the orientation of the headphones on the user's head or other orientation information, the headphones or other electronic device can be configured appropriately. For example, left and right stereo headphone channel assignments may be placed in a normal or reversed configuration, and other device settings may be changed. If desired, user input such as touch input may be used to adjust media playback settings and other device settings.

In some configurations, touch sensor structures may be formed from printed coatings on a fabric or from conductive yarns or other strands of material in a fabric. 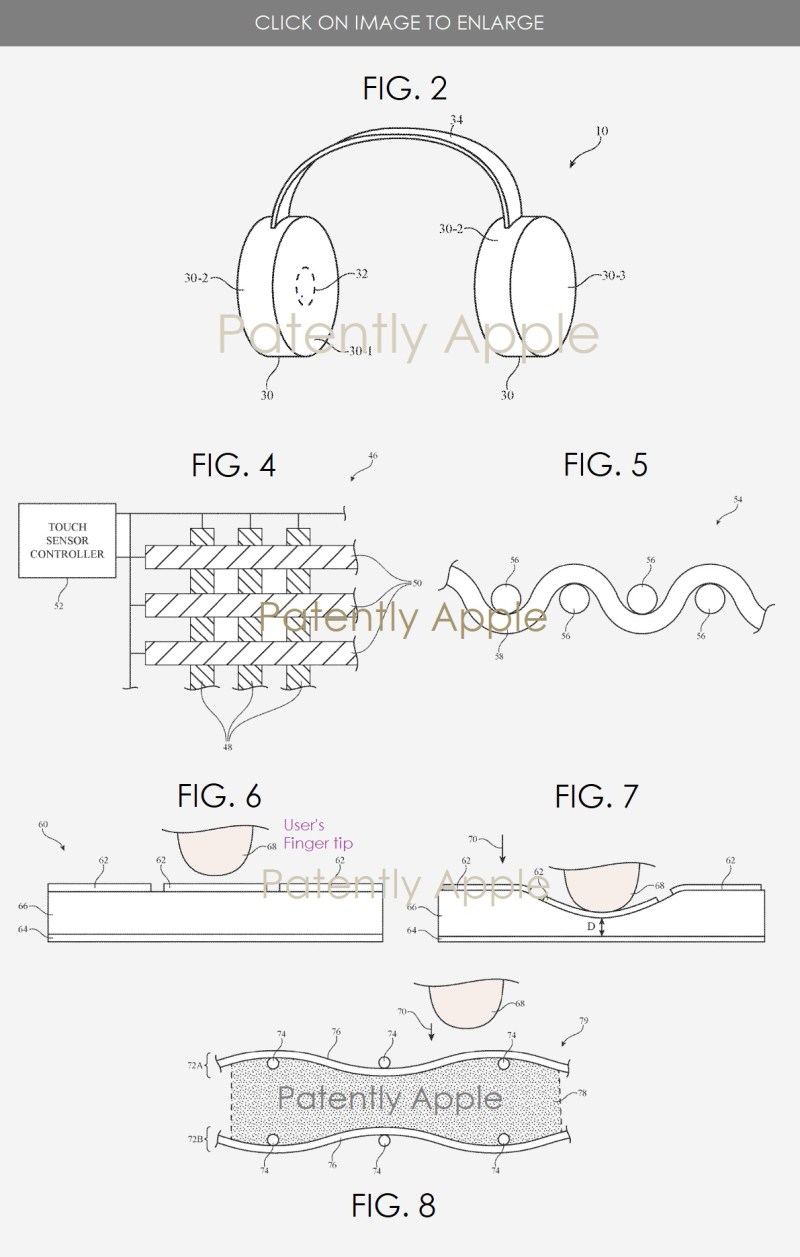 Apple's patent FIG. 13 below is a perspective view of an illustrative headphone having external surfaces that can gather input from a user's fingers or other external objects; FIG. 14 is a side view of an illustrative headphone of the type shown in FIG. 13 in which a sensor is being used to detect a user's grip on the headphone by analyzing the pattern of finger contacts between the user's fingers and thereby discriminating between left-hand and right-hand grip patterns. 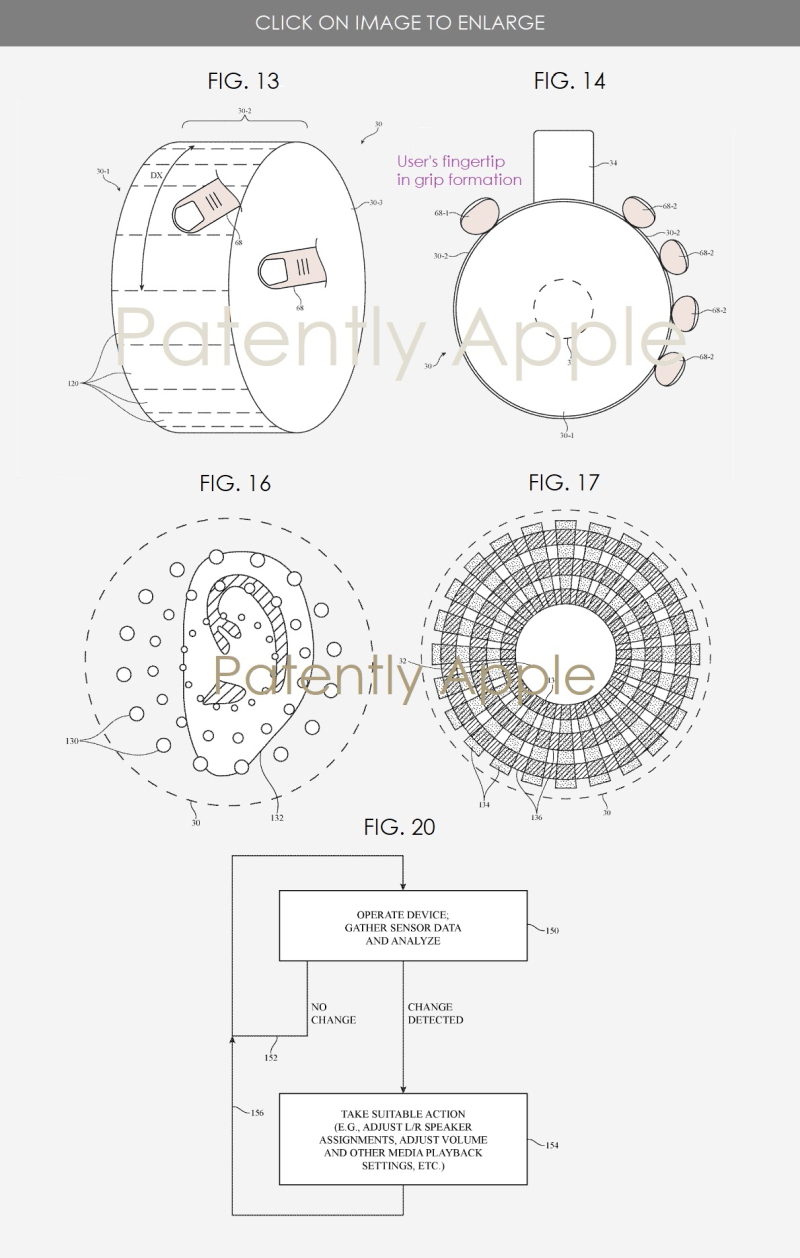 Apple's granted patent 10,484,793 was originally filed in Q3 2016 and published today by the US Patent and Trademark Office.

Apple was granted a second smart fabric's patent today titled "Electrical components attached to fabric under number 10,485,103. You could review that patent here.