Home Archives Contact Us Subscribe Twitter MeWe Facebook Patently Mobile
Apple Celebrated the Global Premier of their 'Truth be Told' Drama Series Last Night in L.A.
Apple Wins a Patent for an 'Adjustable Lighting System' for Specialized Rooms including one for Video Conferencing

Three Patently Apple reports this month covered the development of smart fabrics for various future devices and clothing (01, 02 & 03).  Our fourth patent report of the month on smart fabrics comes by way of a newly granted patent for Apple issued today by the U.S. Patent and Trademark Office regarding fusible insulating strands.

Apple states that it may be desirable to form items such a bags, clothing, and other items from intertwined strands of material. For example, woven or knitted fabric or braided strands may be used in forming portions of an item.

In some situations, it may be desirable for some or all of a strand of material in an item to be conductive. Conductive strands may be used, for example, to carry signals between circuitry in different portions of an item. Strands such as conductive strands may serve mechanical functions (e.g., by forming a part of a fabric) and/or electrical functions (e.g., by conveying signals). 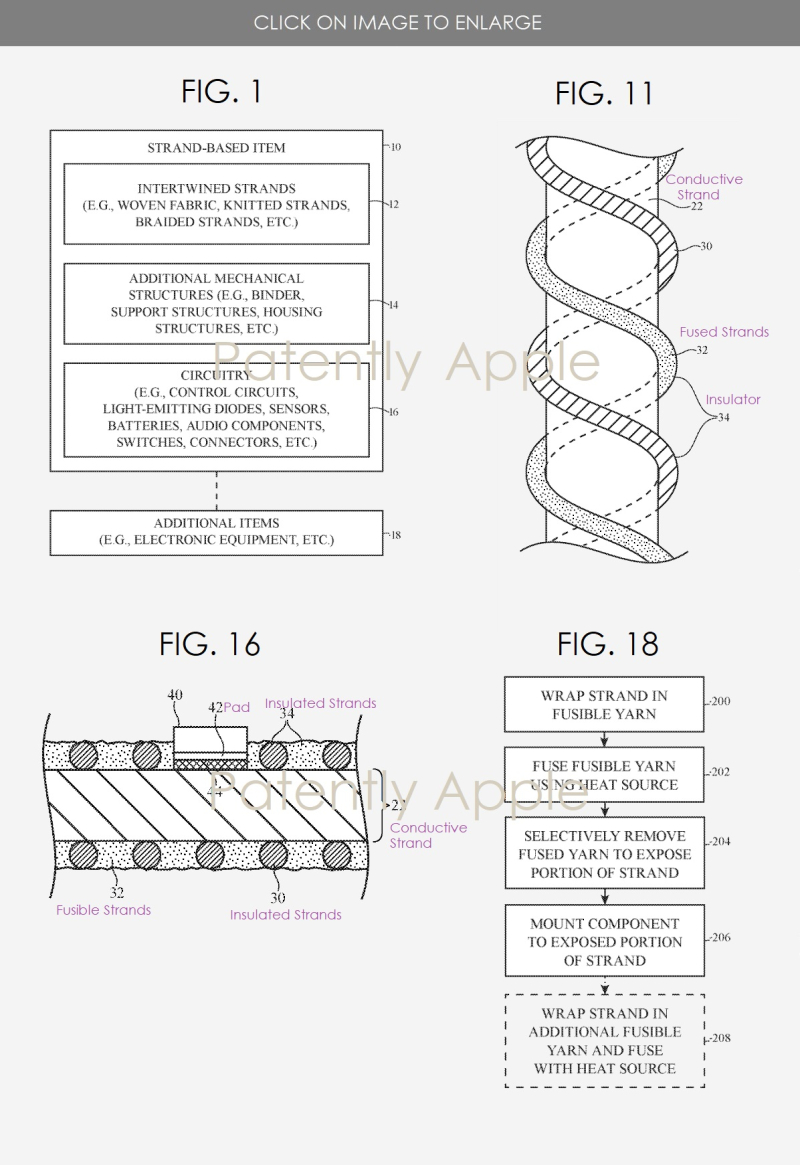 For more details, review Apple's granted patent 10,472,742 which was originally filed in Q1 2017 and published today by the US Patent and Trademark Office.