Home Archives Contact Us Subscribe Twitter MeWe Facebook Patently Mobile
One of Apple's Mixed Reality Headset Teams is Focusing their work on advanced 'Gaze Prediction'
Apple's iPhone did better than expected in Q3 due to surging sales of the new iPhone 11 in the U.S. and Western Europe 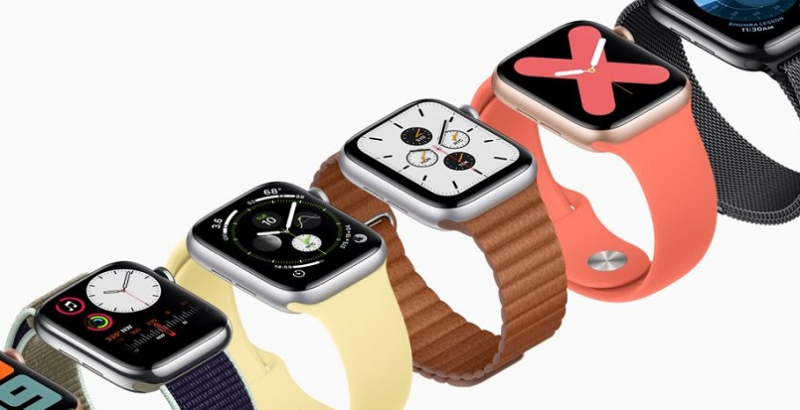 Apple Watch remains a long way ahead of the chasing pack and its global smartwatch market share has grown from 45 percent to 48 percent in the past year. Apple Watch continues to fend off strong competition from hungry rivals like Fitbit and Samsung. Apple Watch owns half the worldwide smartwatch market and remains the clear industry leader."

"Samsung is firmly established as the world’s number two smartwatch vendor. Recent new models, such as Galaxy Watch Active 2, should enable Samsung to improve its global smartwatch presence during the upcoming Q4 holiday season," according to Steven Waltzer,  Senior Analyst at Strategy Analytics.

In respect to Fitbit, Neil Mawston stated that "Fitbit shipped 1.6 million smartwatches worldwide in Q3 2019, inching up slightly from 1.5 million in Q3 2018. However, Fitbit’s global smartwatch market share fell to 11 percent this quarter, down from 15 percent a year ago. Fitbit continues to underperform the smartwatch industry average. Fitbit has struggled to compete with Apple Watch at the higher end of the smartwatch market, while its latest Versa Lite model has struggled to excite consumers at the lower end.

Fitbit’s recent takeover by Google will be a relief to the company, as Fitbit is under rising competitive pressure from Apple, Samsung, Garmin, Huawei, Xiaomi and others. The big question now on everyone’s lips is what Google plans to do with Fitbit, and whether Google will expand or contract Fitbit’s famous hardware, operating system, and healthcare, sport and fitness service."

Fitbit reported a Q3 loss of 0.10 share this week reflecting a troubling performance.