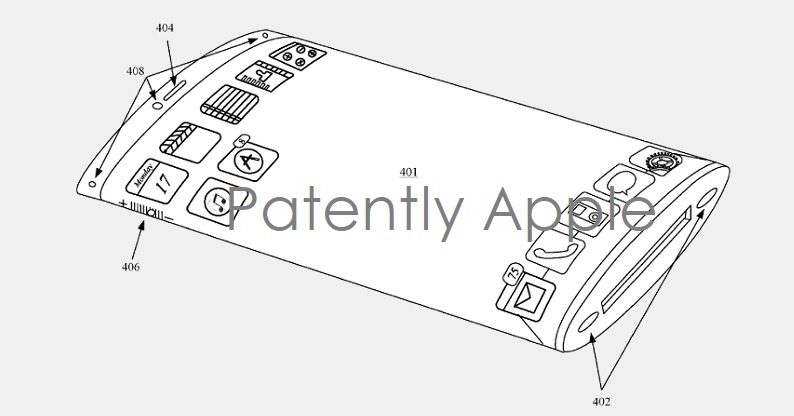 Late last month the US Patent & Trademark Office published a continuation patent from Apple relating to smartphone with a wraparound display. Patently Apple first covered this invention way back in March 2013. From the beginning until this day Apple has been granted six patents for this invention. We briefly acknowledged their last granted patent back in May 2018. This is Apple's thirteenth patent filing related to this invention.

Apple's last granted patent in July had added this important feature in patent claim #11: "facial tracking software that uses the image to determine an orientation of the user relative to a portion of the display assembly."

In Apple's continuation patent filed in late October 2019, Apple's patent claims appear to focus on emphasizing "the transparent structure forms a continuous loop around a periphery of the electronic device.

Apple also added in claim #10 that the transparent structure comprises glass. Glass is highlighted five more times in patent claims 15 through to 19.

What we've pointed out above is actually covered in Apple's continuation patent's claims filed in October. While it may be a little boring, it's why Apple actually filed the continuation patent for to begin with; to add and clarify aspects of their long standing invention. Apple didn't file a continuation patent to rehash anything to do with 3D content which another report published today is claiming.

Sorry, but that verbiage isn't even in Apple's latest continuation patent filed in October as claimed.

Continuation patents serve a very specific purpose in the U.S. Patent system. It allows a company to add or drop legal patent claims that could be new features or technologies relating to their original invention. It's not about weaving a new story for interest sake or rehashing older material found in past patents.

The closest smartphone to Apple's invention was revealed earlier this year by Xiaomi as noted in the image below. Xiaomi's promo video can be viewed here. It's certainly popular in the Android world being that it's already been viewed over 5 million times. Xiaomi says their smartphone, which is in limited production, introduces a "Surround Display." The concept is simply a play off of Apple's Wrap Around Display invention. It's not a exact copy cat but we can see where the inspiration for this smartphone design originated. 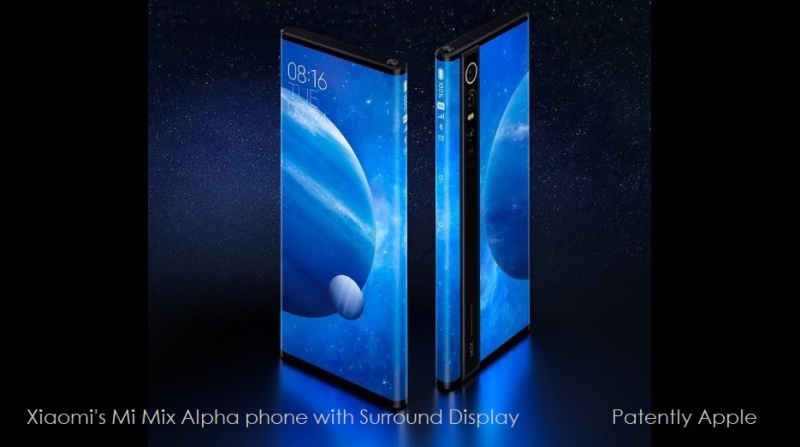