Back in Q1 2016 Patently Apple posted a report titled "A New Apple Invention Covers Inductive Charging Between iOS Devices & even a MacBook." Our cover graphic represents patent figures from that patent application. In Q3 2019 Apple was granted that patent. Apple fans were hoping to see 2-way charging in the new iPhone 11 due to a prediction by Ming-Chi Kuo. The prediction was wrong and Kuo scrambled to walk back his prediction back in September. Today the US Patent & Trademark Office published a patent application from Apple that relates to a reverse wireless charging that Apple describes as being a portable device such as an iPhone, iPad or MacBook containing a "Hybrid Wireless Charging System."

While the new wireless Hybrid charging system will allow an iPhone to sit on a single device charging pad and have an accessory device like AirPods charging from the iPhone, the part of the invention everyone is more interested in is allowing an iPhone to recharge an Apple Watch or AirPods on the go or have an iPhone recharged sitting on a MacBook as Apple's granted patent figures above illustrate.

Jumping to the chase, Apple notes in their patent filing that portable electronic device #204 illustrated in patent FIG. 2b below can be a consumer electronic device, such as a smart phone, tablet, and the like. 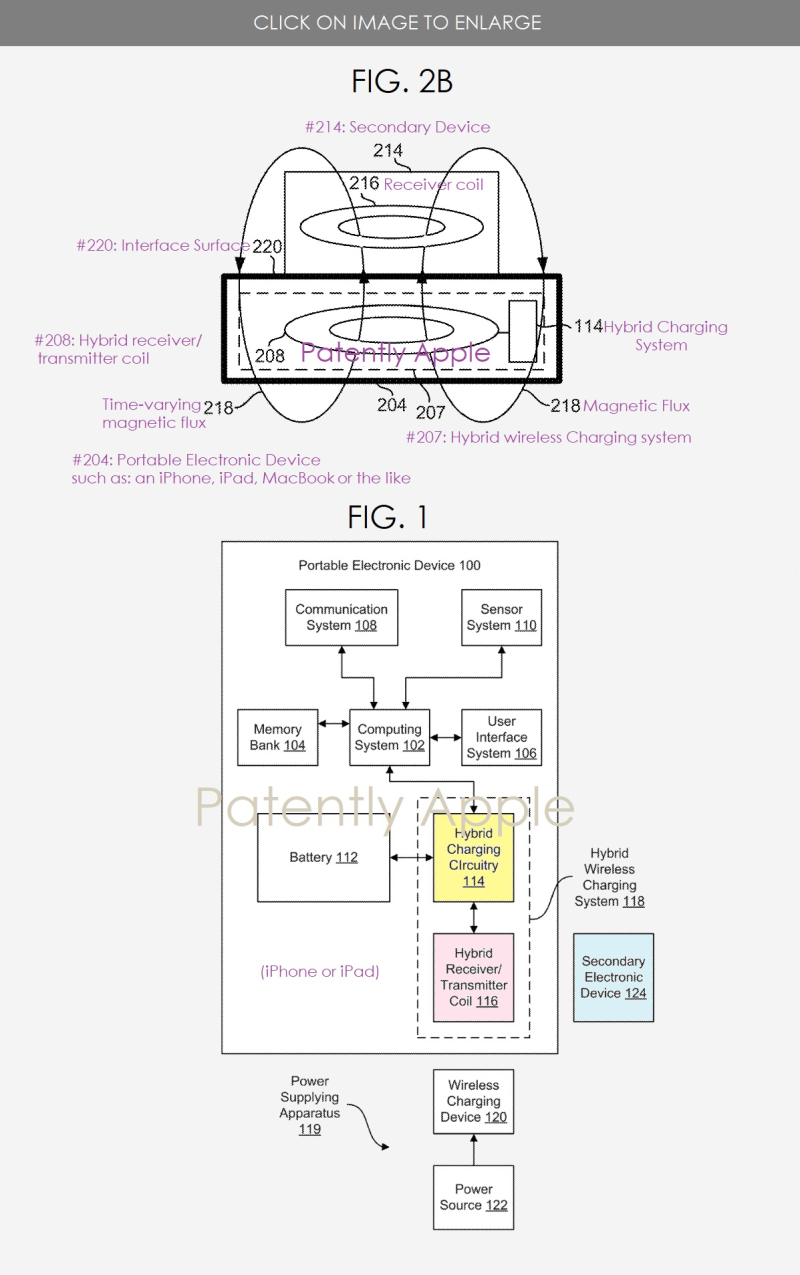 Apple's patent application 20190363565 that was published today by the U.S. Patent Office was filed back in Q2 2019. The patent includes two provisional patents on record since Q2 2018. Considering that this is a patent application, the timing of such a product to market is unknown at this time.

Posted by Jack Purcher on November 28, 2019 at 06:35 AM in 1A. Patent Applications, Wireless Charging, Wireless technology | Permalink | Comments (0)