Home Archives Contact Us Subscribe Twitter MeWe Facebook Patently Mobile
Dreamforce 2019: Apple and Salesforce Ignite Productivity on the Best Devices for Business + Fireside Chat with Tim Cook
The MacBook Pro 16" iFixit Teardown is out and Reparability Scores 1 out of 10

The global number of digital wallet users could double by 2020, according to research conducted by Juniper Research, cited by the Wall Street Journal November 13. Apple Pay could become the most popular digital wallet worldwide in 2020 with 227 million users. 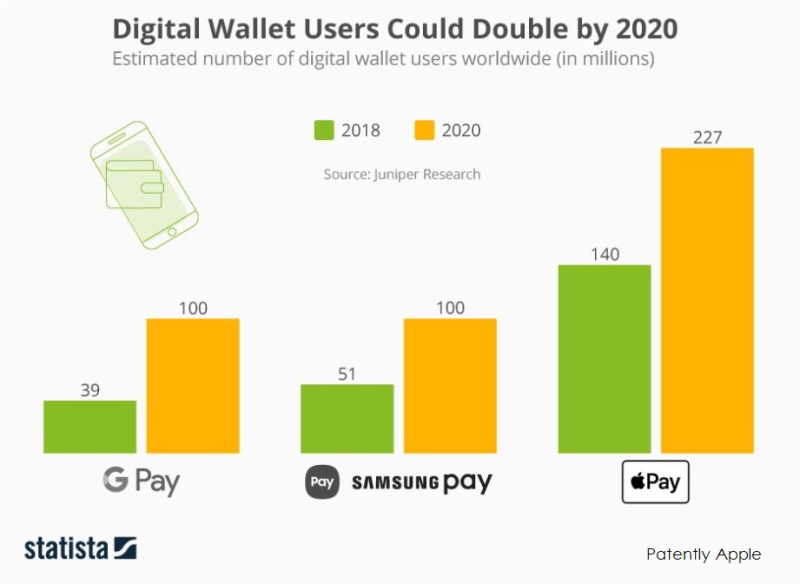 In 2018 Apple Pay did better than Google and Samsung Pay combined.

With Apple Pay outpacing Google and Samsung Pay services, we can understand why the European Commission is investigating Apple Pay in the hopes of hurting a U.S. product and Apple specifically; it's why Germany's parliament in a late-night session decided to put into law that Apple must open Apple Pay to competitors.

The threat of Apple Pay is being taken very seriously by European countries and their growing anti-American sentiment should be grounds for retaliatory measures by the U.S. Government.