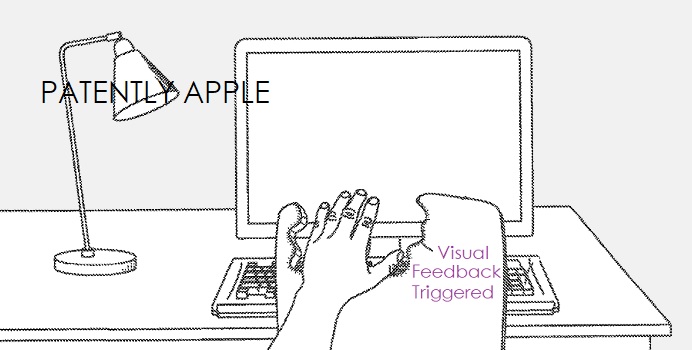 Today the US Patent & Trademark Office published a patent application from Apple that relates to a computer-generated reality environment, and more specifically to techniques for providing tangibility visualization of virtual objects within a computer-generated reality environment found within a headset. Apple distinguishes between Computer Generated Reality (CGR) environments such as VR, AR, MR (mixed reality) and AV (augmented virtuality) that may be supported in a future Apple headset (or varying headsets).

A headset optionally detects the user's real movements and projects and simulates those movements within a series of visual images or video of the computer-generated reality environment.

Thus, the described techniques enhance user convenience and further provide the user with an enhanced degree of safety when interacting with a CGR environment by enabling the user to quickly and easily visually recognize whether an object within the CGR environment is a non-tangible virtual object or corresponds to a real, and thus tangible, object in the real environment.

Examples of mixed realities include augmented reality and augmented virtuality.

There are many different types of electronic systems that enable a person to sense and/or interact with various CGR environments. Examples include head mounted systems, projection-based systems, heads-up displays (HUDs), vehicle windshields having integrated display capability, windows having integrated display capability, displays formed as lenses designed to be placed on a person's eyes (e.g., similar to contact lenses).  A head mounted system may have one or more speaker(s) and an integrated opaque display.

Projection-based systems may employ retinal projection technology that projects graphical images onto a person's retina. Projection systems also may be configured to project virtual objects into the physical environment, for example, as a hologram or on a physical surface.

Apple's patent FIGS. 1A and FIG. 1B below depict exemplary system #100 for use in various computer-generated reality technologies. 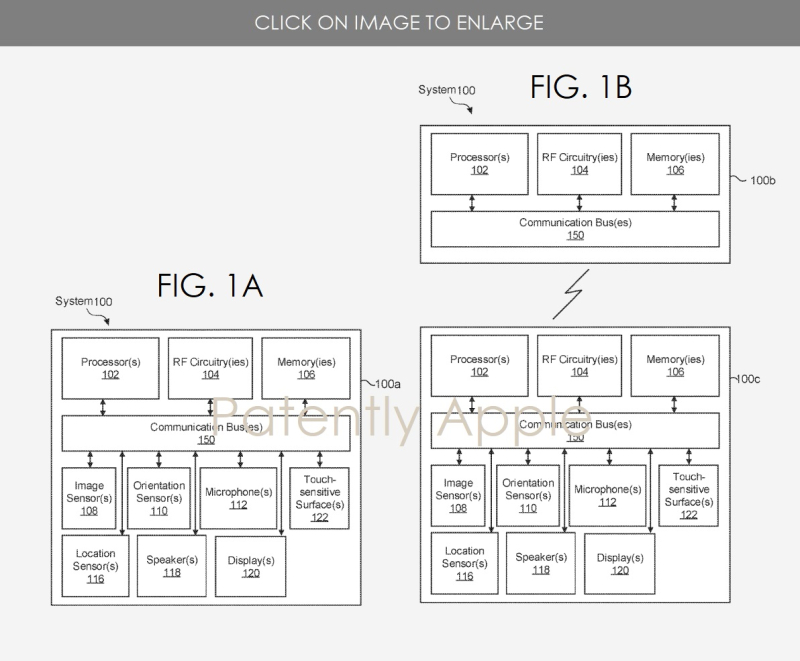 In some examples, elements of system #100 are implemented in a base station device (e.g., a computing device, such as a remote server, mobile device, or laptop) and other elements of the system #100 are implemented in a head-mounted display (HMD) device designed to be worn by the user, where the HMD device is in communication with the base station device.

As illustrated in FIG. 1B above, in some examples, system #100 includes two (or more) devices in communication, such as through a wired connection or a wireless connection (HMD + MacBook or iPhone or iPad).

As an overview, Apple's patent FIGS. 2A-2D below illustrate an exemplary technique for providing visual feedback indicating tangibility in a CGR environment that includes only virtual objects.

Apple's patent FIG. 4A below is a flow diagram illustrating a method for providing visual feedback indicating tangibility within a CGR environment. 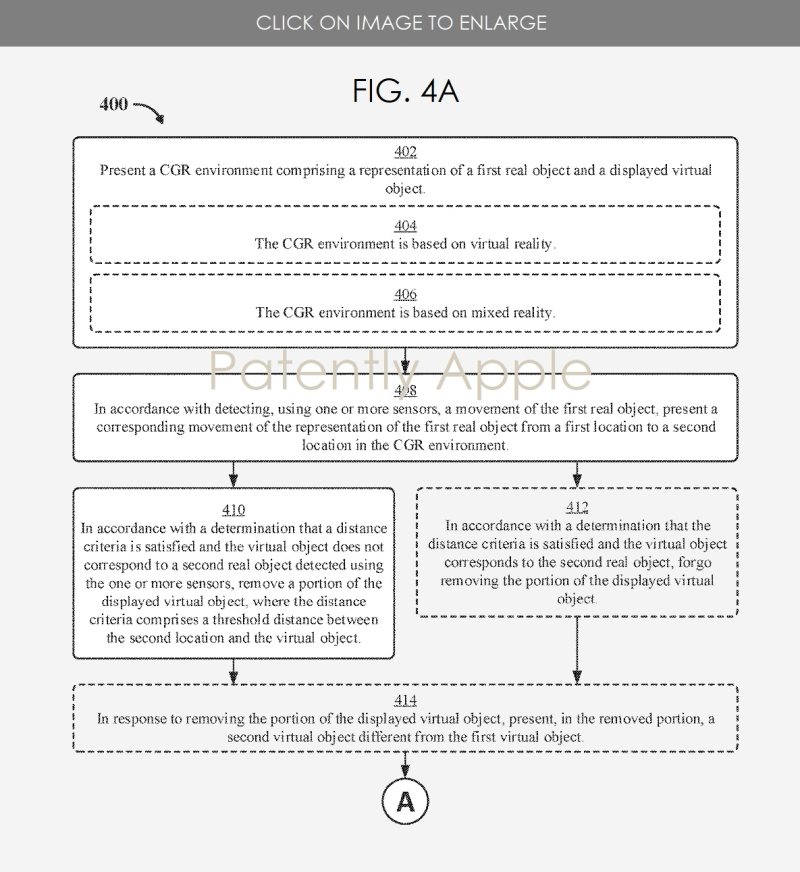 Apple's patent application that was published today by the U.S. Patent Office was filed back in Q2 2019 with work dating back to Q2 2018. Considering that this is a patent application, the timing of such a product to market is unknown at this time.

Avi Bar-Zeev: Sr. Manager, Prototype Development. Bar-Zeev was reportedly a co-founder of Microsoft's HoloLens and other major VR and AR projects. He left Apple in January according to Variety.