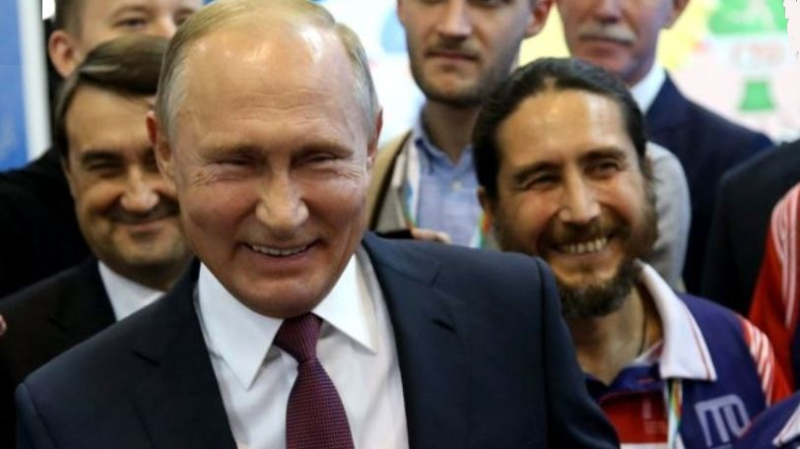 Earlier this month Patently Apple posted a report titled "Apple's CEO Refused to attend a Congressional Hearing regarding Certain U.S. Company's Ties to China." Then in mid-November we posted a second report titled "Testimony on Apple & TikTok used in background for new National Security and Personal Data Protection Act." The report noted that "During the hearing, experts testified that Apple’s decision to store iCloud encryption keys in China and TikTok’s ties to the Chinese government pose a threat to America’s national security." You have to wonder what Democratic Senator Hawley will now say about Apple kowtowing to Russia's demands over Crimea.  It's just another hot potato for Apple's CEO.

It's being reported today that Apple has complied with Moscow’s demands to show Crimea, annexed from Ukraine in 2014, as Russian territory on its apps, lawmakers said on Wednesday.

The Black Sea peninsula and its largest cities of Sevastopol and Simferopol are now displayed as Russian territory on Apple’s maps and weather apps when used in Russia. Crimea does not appear to be part of any country when these apps are used in France.

"Crimea and Sevastopol now appear on Apple devices as Russian territory" parliament’s lower house, the State Duma, said in a statement. Russia treats the naval port city of Sevastopol as a separate region.

Russia and Apple had been in talks over the last few months, with the US giant initially trying to show Crimea as undefined territory and removing any mention of Ukraine.

In the statement, Piskaryov praised the US company, saying it had complied with the Russian Constitution. He said Russia was open for "dialogue and constructive cooperation with foreign companies," stressing however that Russian authorities would remain vigilant.

Russian lawmakers will monitor "issues concerning the protection of the Russian constitution and our country’s sovereignty from outside interference," Piskaryov added.

Below are screenshots of Apple apps for Whether and Maps showing Ukraine territory as Russian. The BBC tested several iPhones in Moscow and it appears the change affects devices set up to use the Russian edition of Apple's App Store. 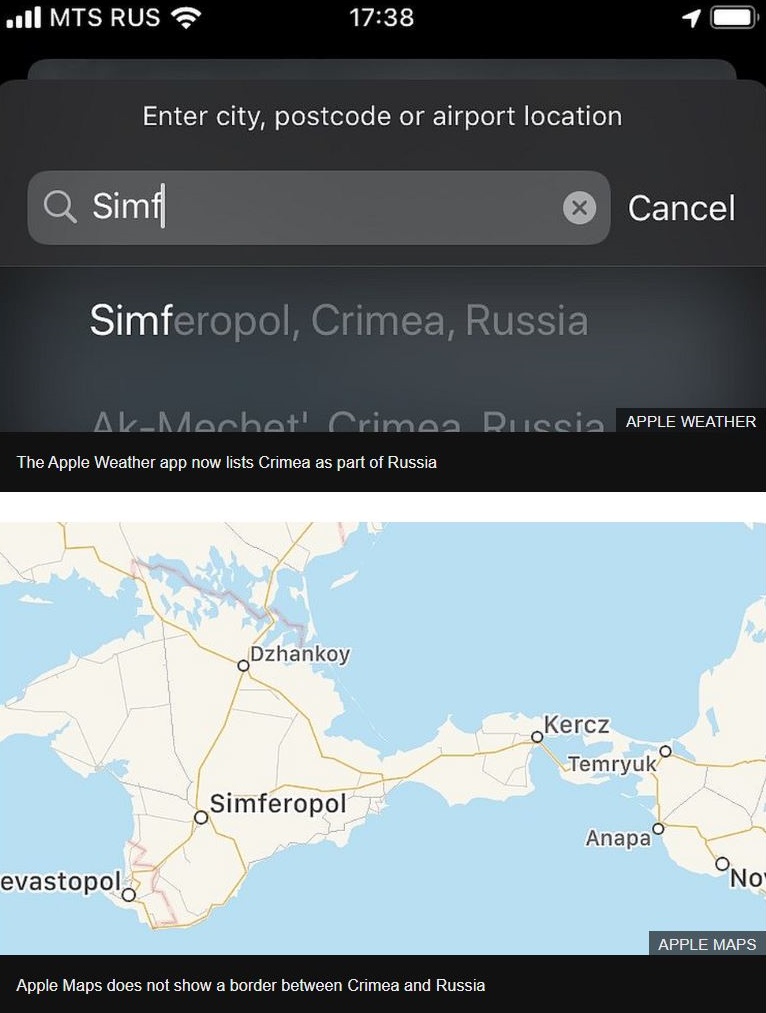 While Apple has said in the past that it would obey local laws, clearly Apple is supporting propaganda that is not accepted by the governments of the United States, Canada, UK, Germany, France, Finland, Iceland, Italy, Ireland, Greece, the Netherlands, Mexicon, New Zealand, Australia, Austria, Spain and others totalling 100 in a UN Resolution held in 2014.

Vasily Piskaryov, chairman of the Duma security and anti-corruption committee, said Apple had complied with the Russian constitution.

He further stated that representatives of the company were reminded that labelling Crimea as part of Ukrainian territory was a criminal offence under Russian law, according to Interfax news agency.

"There is no going back," Mr Piskaryov said. "Today, with Apple, the situation is closed - we have received everything we wanted."

What does the Ukrainian Minister of Foreign affairs think of Apple's decision? His reaction was swift as noted by his tweet as presented below.

Let me explain in your terms, @Apple. Imagine you're crying out that your design & ideas, years of work & piece of your heart are stolen by your worst enemy but then smb ignorant doesn't give a damn about your pain. That's how it feels when you call #Crimea a 🇷🇺 land.

IPhones are great products. Seriously, though, @Apple, please, please, stick to high-tech and entertainment. Global politics is not your strong side. #CrimeaIsUkraine

It's understandable why Congress is holding hearings and talking about breaking up Silicon Valley giants. The U.S. government has taken a clear stand against Russia with the UN Resolution and have placed strong sanctions on that country and its leaders for their aggression against Ukraine, an ally of the U.S. So why is Silicon Valley not supporting their home country and taking a stand against unilateral aggression? I guess that's not on Apple's list of corporate values.

Do you have any thoughts on this matter? Send in your comments below.