After Google and Facebook, Apple has now Committed Billions to the Crippling Housing Crisis in the Bay Area 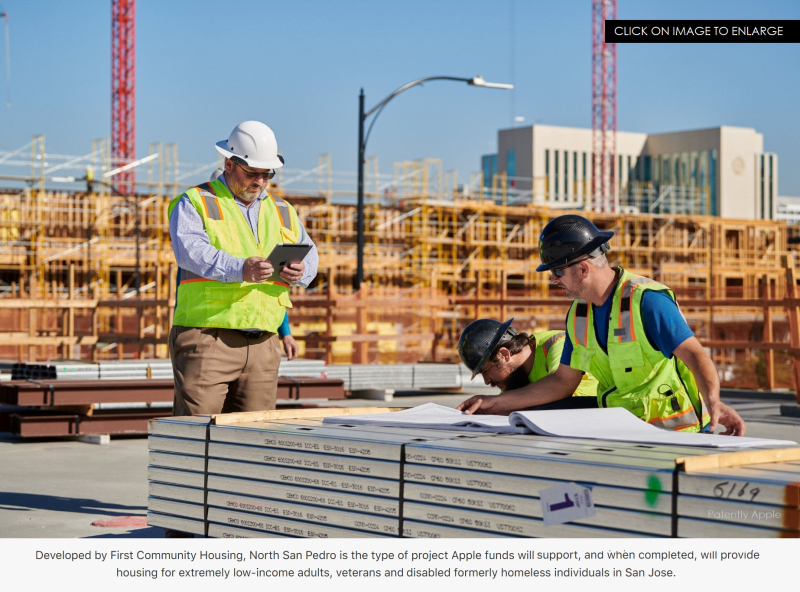 Silicon Valley companies that created the housing crisis are now making an effort to ease the pain in the Bay Area.  In June Google committed $1 billion over the next decade towards the housing crisis followed by Facebook's contribution to the cause late last month. Now Apple is stepping up to the plate by committing $2.5 Billion to the cause. This morning Apple announced a comprehensive $2.5 billion plan broken into five distinct projects as outlined in our large report graphic below.

As costs skyrocket for renters and potential homebuyers — and as the availability of affordable housing fails to keep pace with the region’s growth — community members like teachers, firefighters, first responders and service workers are increasingly having to make the difficult choice to leave behind the community they have long called home. Nearly 30,000 people left San Francisco between April and June of this year and homeownership in the Bay Area is at a seven-year low.

Tim Cook, Apple’s CEO: "Before the world knew the name Silicon Valley, and long before we carried technology in our pockets, Apple called this region home, and we feel a profound civic responsibility to ensure it remains a vibrant place where people can live, have a family and contribute to the community. Affordable housing means stability and dignity, opportunity and pride. When these things fall out of reach for too many, we know the course we are on is unsustainable, and Apple is committed to being part of the solution." For the full story and breakdown of Apple's commitment in more detail, read Apple's full press release. 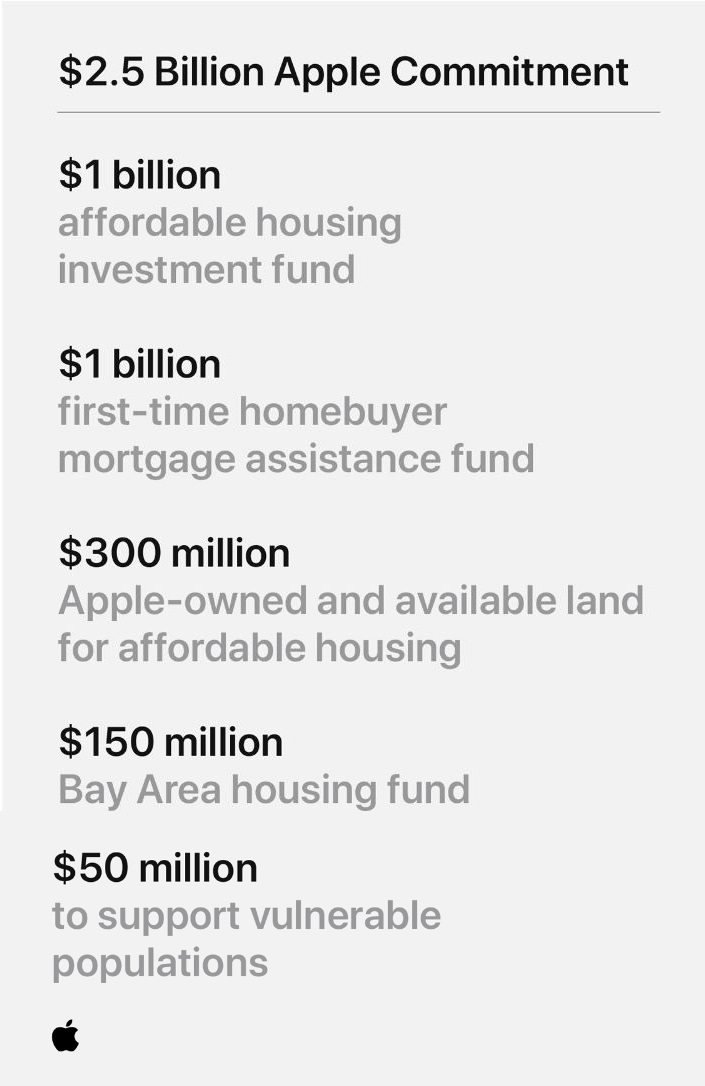 Governor Newsom ran his last campaign promising to fight the housing crisis. The Los Angeles Times reported in late October that Newsom "pledged that his administration would help spur the biggest wave of homebuilding in modern history. And he promised to launch a statewide affordable housing program on par with the nation’s effort to rebuild Europe after World War II."